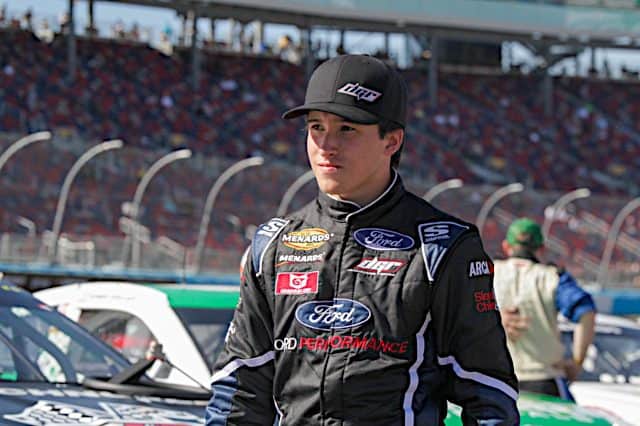 He’ll pilot a third truck, the No. 35, starting at Martinsville Speedway in April.

Other races on his docket are World Wide Technology Raceway in June, Lucas Oil Indianapolis Raceway Park in July, Richmond Raceway in August and Bristol Motor Speedway in September.

“In the first two races of the year, we have seen some tremendous speed come out of the McAnally-Hilgemann Racing trucks ever since they became a part of an alliance with our team at GMS Racing,” GMS Racing President Mike Beam said in a release. “We look forward to working with their newest driver, Jake Garcia, and seeing the progression of our alliance throughout the season.”

“I’m excited to work with MHR and Chevrolet in this next step in my racing career,” Garcia said. “I’m looking forward to learning a lot from this opportunity and I look for us to have some good finishes in these races with MHR.”

Garcia will join Derek Kraus and Colby Howard, who pilot Nos. 19 and 91, respectively, for MHR.