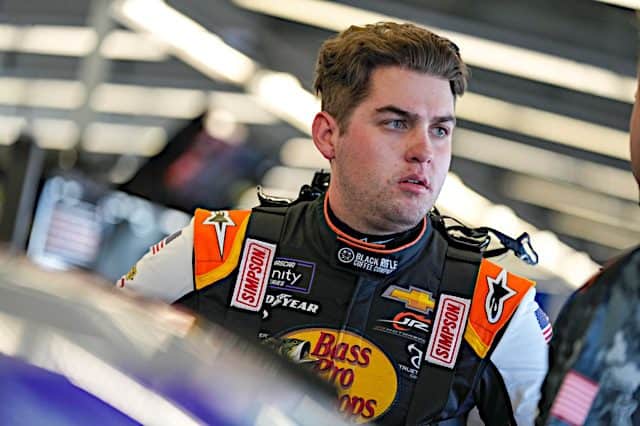 Noah Gragson‘s victory in the NASCAR Xfinity Series race at Phoenix Raceway was impressive. He led 114 of the race’s 200 laps and was cruising at the end of the event. So far in the 2022 season, Gragson has finished in the top three in all four races. Last year, he won three races and finished third in the standings.

Yes, Gragson has performed well in the first four Xfinity races this season. I know he earned his sixth career win at Phoenix in dominating fashion last week. But is he really ready for Cup?

I don’t think we’ll really know for sure when he’s ready. For one, several recent Cup rookies that have had tremendous success in Xfinity struggled after transitioning to the top series. One of the newest competitors, Chase Briscoe, just won his first Cup race at Phoenix and truly was one of the best in the field. But he (as well as Stewart-Haas Racing as a whole) had a rough time last year. His three top 10s were all at road courses, though he did compete for the lead at the Indianapolis Motor Speedway road course.

Briscoe’s teammate Cole Custer also had a difficult sophomore season after snagging his first victory at Kentucky Speedway in 2020. He finished 26th in the standings last year after making the playoffs as a rookie. He also only scored two top 10s in 2021.

Also, look at Daniel Suarez. He’s raced for four different teams in just over five years and hasn’t yet won or reached the playoffs. This year it appears his Trackhouse Racing team has found some speed, but it doesn’t deny the fact that the 2016 Xfinity champion hasn’t quite lived up to expectations, at least in a few seasons.

I mean, there’s no guarantee that Gragson will be strong right out of the gate. And where is he supposed to go when he does move up to the Cup Series? Hendrick Motorsports has most of its drivers signed through at least 2023, and Rick Hendrick said he was working on securing William Byron for the future as well. Joe Gibbs Racing, SHR and Team Penske are all full as of this moment. If Gragson wants to race for a competitive team, Kaulig Racing may be his only chance, if it decides to have two full-time drivers next year.

Let’s wait and see how he does with Kaulig in Cup this year before moving him up. After all, Austin Cindric had some Cup starts last year and became the 2022 Daytona 500 champion right off the bat in his first full time season. It wouldn’t hurt for Gragson to get some experience under his belt first. – Joy Tomlinson

Gragson has increasingly become one of the most compelling personalities in the garage. He can either win someone over and rub them the wrong way quickly. And that is just the way he likes it. Through it, he has been sharpening his skills and growing more comfortable behind the wheel. Now, he is cashing in on it.

The Xfinity Series has been getting critiqued the past couple of seasons for not being a strong field competitively. That has ignited criticism for any driver who is not able to consistently win or deliver strong results. However, I don’t think it’s fair to call the series weak. Yes, the majority of the field is made up of underfunded, smaller teams. But the cream at the top is very strong, and that makes it difficult to dominate.

Gragson is only 23 years old. He’s had to face drivers like Briscoe, Cindric, Tyler Reddick, Christopher Bell, and Custer, with only one of those still looking for their first win. That doesn’t include champions and proven winners still remaining in the Xfinity field. Each year, we have seen Gragson mature.

While most of his stats were down from 2020, Gragson made it count in two areas: wins and the playoffs. He earned a career-high three wins and made the Championship 4 for the first time. Through four races this season, he has a strong argument to be the title favorite. Through those four races, he has led 203 laps. Last season, he led 363 laps, so he is definitely on pace to overstep that. Now, he is learning to close races, arguably one of the biggest concerns for him in his first three and a half seasons.

There is also his stint in the Cup Series this year. Between Kaulig and Beard Motorsports, he is earning one valuable tool for a young driver: seat time. His goal this year should be to run as many laps as possible and build his notebook. That will be the biggest thing to help him smoothly transition. He held tough in this year’s Daytona 500 before getting wrecked out late, a great learning experience for him.

The last big thing that helps Gragson’s case is his marketability. Gragson’s personality reminds of me of a Clint Bowyer, but his driving style reminds me of Kyle Busch. Considering drivers with similar combinations, that has been a recipe for success at times. Gragson speaks his mind, has no problem expressing his opinion, and enjoys getting the fans fired up. From holding an American flag on top of the car at Richmond, to warming his hands on a burning piece of rubber, to climbing the fence, Gragson gets the fans involved and does a lot of promoting.

The overall attributes that he presents makes him a sponsor’s dream, shown in his strong relationship with Bass Pro Shops, TrueTimber, and Black Rifle Coffee Company. With the results beginning to come in, Gragson is someone the sport could really promote, especially if he finds success in Cup. All of this will only strengthen as he continues to win in Xfinity and have stellar Cup results. – Luken Glover