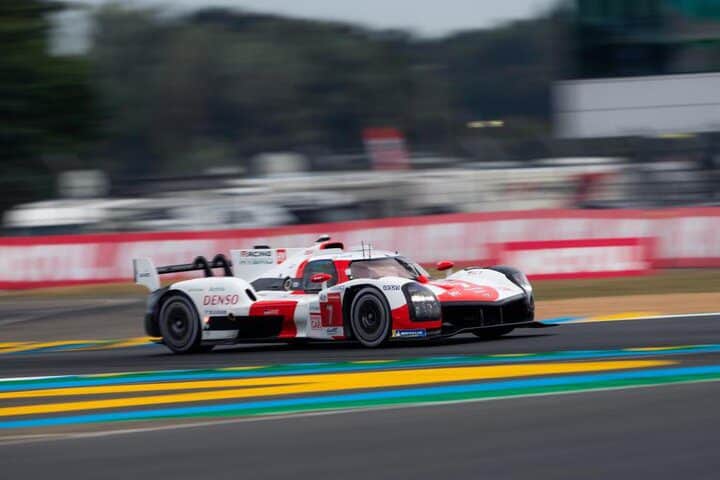 NASCAR and Hendrick Motorsports will field a Garage 56 entry in the 2023 24 Hours of Le Mans, the organizations announced Thursday, March 17.

The car will be a modified version of the Next Gen Chevrolet Camaro ZL1.

IMSA, Chevrolet and Goodyear also play a part in the effort.

Garage 56 is an entry in IMSA reserved for cars with innovative technologies and doesn’t take away the spot of a car from the traditional starting grid. It doesn’t race for the overall win but is scored in the official results.

“From the early days of NASCAR, it was important to my father that we played a visible role in international motorsports, and there is no bigger stage than the 24 Hours of Le Mans,” Jim France, NASCAR Chairman and CEO, said in a release. “In partnering with Hendrick Motorsports, Chevrolet and Goodyear, we have the winningest team, manufacturer and tire in NASCAR history. We look forward to showcasing the technology in the Next Gen car and putting forward a competitive entry in the historic race.”

This will be the second time that NASCAR has ventured into running at the 24 Hours of Le Mans, as two stock car entries ran in 1976.

“Participating in one of the truly iconic events in auto racing and representing NASCAR and Chevrolet on the world stage is a privilege,” Rick Hendrick, owner of Hendrick Motorsports, said. “Jim deserves tremendous credit for having the vision for the project, and we thank him for trusting our organization with the responsibility. Even though Garage 56 is a ‘class of one,’ we are competitors and have every intention of putting a bold product on the racetrack for the fans at Le Mans. It’s a humbling opportunity – one that will present an exciting challenge over the next 15 months – but our team is ready.”

Driver lineup and technical aspects will be announced at a later date.