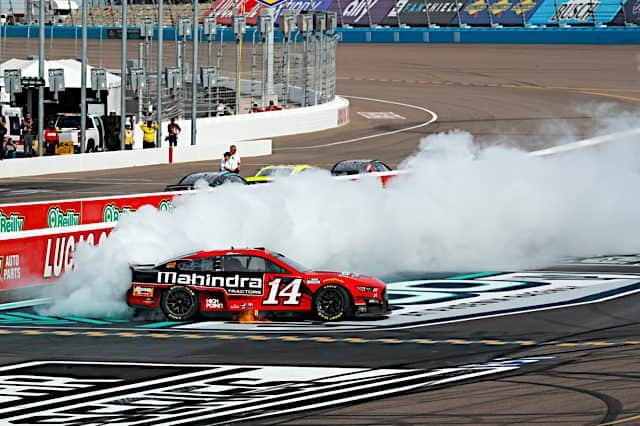 “The winner ain’t the one with the fastest car; it’s the one who refuses to lose.” – Dale Earnhardt

Chase Briscoe’s feel-good victory at Phoenix Raceway this past Sunday (March 13) was a milestone moment not just for him but for the NASCAR Cup Series as a whole.

For the Mitchell, Indiana native, who grew up idolizing Tony Stewart, the team owner of his No. 14 Stewart-Haas Racing Ford, it was a first ever win in just his 40th Cup race and in doing so, he became just the 200th winner at NASCAR’s top echelon.

Briscoe’s first season at the Cup level was nothing to write home about – an average finish of 19.6 and just three top 10s, all of which came at road courses: sixth place efforts at both the Circuit of the Americas and Road America and a ninth-place run at Watkins Glen International.

But 2022 has been a completely different story. Briscoe started the season with a third-place finish in the “Great American Race,” then followed that up with a stout run at Auto Club Speedway, leading 20 circuits. He was out of luck at Las Vegas Motor Speedway with a mid-race wreck. But on Sunday, he paced the field for 101 laps and took the all-important checkered flag ahead of the pack and in doing so locked himself into the NASCAR Cup playoffs.

Briscoe was the second first-time winner this season following Austin Cindric’s unexpected victory in the Daytona 500. He kept alive a streak of drivers under 30 winning the last 10 races, stretching back across the final six races of last season. Judging by the early season form of two other winless Cup drivers we might not have to wait long before we see other first-time winners added to the list.

So, in honor of the significant result for Briscoe and the larger Cup Series milestone, I thought I would take a look at some of the numbers around the 200 wheelmen who’ve made their way to victory lane across the last eight decades.

And let’s be fair, winning is what it’s all about in NASCAR. As 1996 Formula One world champion Damon Hill once noted: “Winning is everything. The only ones who remember you when you come second are your wife and your dog.”

One statistic that leapt off the page right away for me as I looked back through the records was that only 135 drivers have recorded more than a solitary victory and just over a hundred (106 to be precise) have scored more than a pair of victories.

As you go up the charts, the splits become ever rarer.

Just 63 drivers have double-digit victories and worth noting here that nine of those drivers are currently active (10 if you include Greg Biffle who raced in this year’s Daytona 500, Las Vegas and will be in this weekend’s race at Atlanta Motor Speedway). As you look further up the win list only 42 drivers have 20 or more wins with 28 of those having 30 or more victories.

Just 20 drivers have 40 or more wins which is some seriously rarified air. Of those 20 drivers, 18 have won at least one Cup championship with only Denny Hamlin and Mark Martin (now of course retired) not achieving that mark.

Fourteen drivers have 50+ wins with Hamlin the closest of active drivers at 46 and counting, although Kyle Busch (59 wins) and Kevin Harvick (58 wins) have already smashed through that barrier.

Looking at the King’s record, is there a more unbreakable mark in any sport, not just NASCAR?

See also
Did You Notice?: 4 NASCAR Races in 2022, 4 Drivers Flying Under the Radar

Two other active drivers are a little further down the list, Kyle Larson (17 wins) and Chase Elliott (13 wins), but you would have to figure by the time they hang up their driving gloves, they will both be significantly higher up the leader board. Worth noting here too, the driver at the other end of this equation – J.D. McDuffie who holds the record for most starts at the Cup level without a victory – a mark that stands at 653 races.

So, what can we conclude from all this?

It’s simple, winning a Cup race is really hard. Winning regularly even more so. And this isn’t something that’s ever going to change.

Bobby Allison has 85 wins.He won a Cup race on August 6, 1971 at Bowman-Gray Stadium in a 1969 Mustang. NA$CAR declared him the winner but a few days later took it away.

Read all about it:

Bobby Allison has 85 wins. He won at Bowman Gray Stadium on August 6, 1971 in a Mustang . He originally got credit for it but it was later taken away and NA$CAR refuses to give him the win. Tiny Lund won 2 events in a Camaro and was eventually given credit for them.

DW doesn’t want Bobby to get credit for the win to keep their totals the same.

Ol DW sure didn’t want JJ to win another race or two either. But he couldn’t do anything about those 7 championships.

Only NA$CAR can hold a real race and have no winner. Here’s an article on the non-wins: