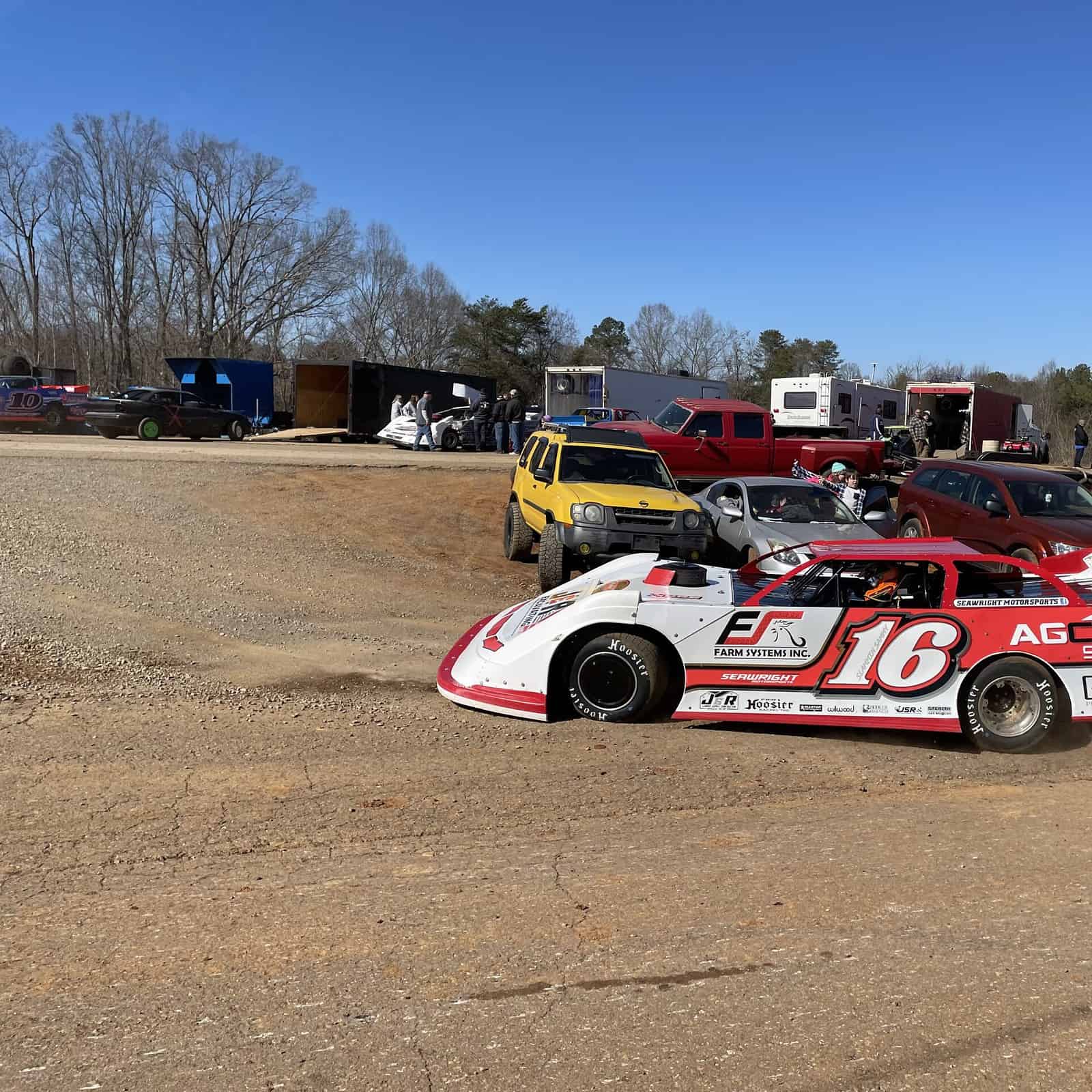 Georgia’s on my mind this weekend, as the home of stock car racing brings with a smorgasbord of dirt racing options for those seeking to avoid the city of Atlanta’s (as well as the Atlanta Motor Speedway’s) notorious traffic.

Besides, all the newly repaved AMS can do is talk about how so much of its new asphalt is off-limits to the racers taking to its high banks. There’s no such thing as off-limit racing surface on a dirt track.

Big Money for Big and Small Cars at Boyd’s Speedway

Boyd’s Speedway in Ringgold, Ga., is a quick two-hour hike up I-75 from Atlanta’s big track and will play host to the Shamrock on Saturday night. Like most shows at Boyd’s, there will be a large number of classes contesting the evening, but the two headliners of the night are going for $5,000-to-win features.

Top of the heap is the Ultimate Super Late Model Series, which only two weekends ago contested the gargantuan Tennessee Tipoff at Smoky Mountain that drew arguably the stoutest late model feature since Florida Speedweeks.

That’s unlikely to repeat itself this weekend as the Lucas Oil Late Model Dirt Series will be racing further to the north, but is still expected to draw some regional firepower (Sam Seawright, 2022 Ice Bowl winner Christian Hanger  and Zack Mitchell are confirmed as of this writing).

Round 2 this Sat, 3/19 at @BoydsSpeedway in Ringgold, GA – The Shamrock 100 – Our first-ever visit to the facility located right on the Georgia-Tennessee state line on I-75. Lots of excitement in the air – $5k on the line – For ticket & event details go to https://t.co/CKMwCyXeXN pic.twitter.com/bnV1KNkEXv

For those making the trip, set aside time for this show. Racing is supposed to start at 5 p.m. ET, and Boyd’s has been no stranger to parking chaos for its larger events.

More Stock than NASCAR at Lavonia

Two-and-a-half hours up I-85 is Lavonia Speedway and its two-night Shamrock Skirmish program. The highlight class of the weekend is the Ultimate Street Stock Challenge, running preliminary features Friday night before contesting a $5,000-to-win feature Saturday night. Judging from the shots from the pits at Thursday night’s open practice, the car count is looking plenty healthy.

Posted by The Lavonia Speedway on Thursday, March 17, 2022

At a minimum, there is NO reason not to go check out the revitalized Senoia Raceway and its infamously slick gumbo racing surface Saturday night. Located just a tick over half an hour from AMS, the track’s regular weekly classes will be running their program, with 604 crate and limited late models top of the heap. The track’s mini stock class, however, are going after a $2,097 payday that night.

More important for race fans looking for an incentive, if you’ve already bought NASCAR tickets, they’ll get you a discount at the Senoia gate Saturday night.

Do you have a ticket to one of the @NASCAR races this Saturday night at Atlanta Motor Speedway? BRING IT to SENOIA RACEWAY on SATURDAY NIGHT and receive $5 OFF your general admission ticket! ALSO, if you work in NASCAR and have a hard-card, bring it with you and get in FREE. pic.twitter.com/smveIcXqzs

Head south about two hours down I-75 and I-16 to the east, and race fans will find themselves at the rebranded Vintage 441 Speedway Park in Dublin, Ga. If there’s a racetrack in the proper location to host a shamrock-themed event, it’s one in a town named Dublin.

The season opener for the track formerly known as Patriots Park Speedway, the Shamrock Showdown 150 will be headlined by the track’s 602 crate late model class.

One word of caution for fans considering to make the trip; the dreary rain that’s so often seen in Ireland appears to have made its way to Dublin as well. The track already had to cancel its scheduled practices due to rain, and the track’s start times for the Shamrock Showdown are already in the air with more rain forecasted this weekend.

There’s something special about being at a track’s real opening night, so if the time and weather cooperate, by all means give this one a shot.

At the time of this writing, the cheapest seat available for Sunday’s QuikTrip Folds of Honor 500 at Atlanta is $101.90, including fees. Between this race and Las Vegas, I’m seeing a theme emerge for events at SMI tracks.

A pit pass at any of the above listed venues is available for purchase by the public and all will run less than the $101.90 needed at Atlanta on Sunday.

Lastly, the Black Horse Speedway in Albany, Ga., a two-and-a-half hour drive down I-75, does have a regular weekly program, which includes crate late models, listed on its schedule. However, the track has made no posts to its Facebook page as of this writing relating to the program, nor is an event flyer available on the track’s website.