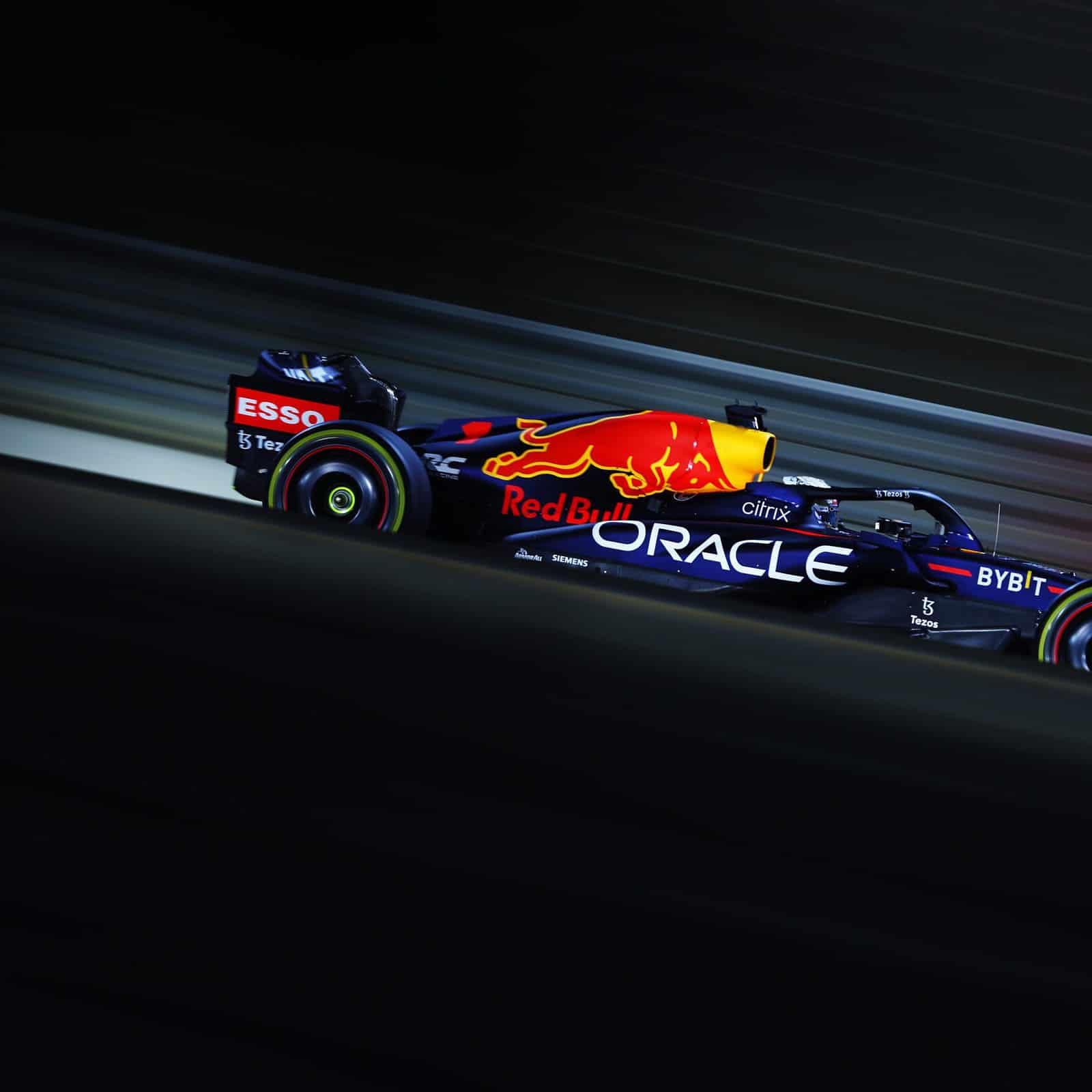 BAHRAIN, BAHRAIN - MARCH 18: Max Verstappen of the Netherlands driving the (1) Oracle Red Bull Racing RB18 on track during practice ahead of the F1 Grand Prix of Bahrain at Bahrain International Circuit on March 18, 2022 in Bahrain, Bahrain. (Photo by Lars Baron/Getty Images) // Getty Images / Red Bull Content Pool // SI202203180427 // Usage for editorial use only //

Formula 1 has returned to action this weekend with two practices having been completed for the Bahrain Grand Prix. The season-opening race features the debut of the new car, having been originally slated to debut in 2021. Teams were given an extra year because of difficulties during the COVID-19 pandemic.

Teams ran their cars through two test sessions, and for some teams, the ʻporpoisingʻ issue has not been resolved. The basic problem is that as the car takes on load, either through downforce or under braking, it rises and falls until finding a comfortable middle. During FP2, Mercedes could be heard skipping the skid plate on the tarmac as it braked, showcasing this effect.

While porpoising may be one concern, teams are faced with a myriad of others as they adapt to the new car, with its new sidepod designs, simplification with the front wing, 18-inch tires, new rear wings and the new floor featuring aero grooves. The two practice sessions have given mere glimpses of what the pecking order may be, so any further comments need to be taken with a recognition of the unknown.

In the first practice, Pierre Gasly led the way for Alpha Tauri, posting a time that essentially matched Max Verstappenʻs best during the test sessions. That time, however, is three seconds off the pole pace for the 2021 Bahrain GP. As is common in the sport, expecting that kind of gap to continue throughout the season would be inconceivable. But it does show the differences in the two cars at this point.

The two drivers that followed Gasly should be of no surprise, as Charles Leclerc and Carlos Sainz notched the second and third fastest times of the hour-long practice. Ferrari have been fast throughout testing, and the new car looks to be offering hope of a bounce-back season for the Prancing Horse.

Even as George Russell slotted his Mercedes into the fourth spot, there seems to be little confidence that the car is actually that quick. The driver who posted the fifth-fastest time seems, however, again the one to beat.

Verstappen may have been fifth in the first session, but in conditions that more closely resemble qualifying and the race, he led the field. He has been fast straight out of the box this season, and Adrian Newey, one of the chief engineers for Red Bull, seems to have yet again hit on something that will put his car at the front.

“You can see Ferrari is pushing hard, and they’re very close, but that’s very exciting as well,” Verstappen said.

Whether or not some teams may be sandbagging, a claim Verstappen feels applies to Mercedes, may be up for debate. But one of the drivers showing solid times and could sneak into the top five is Fernando Alonso. Placing eighth in the first practice and fifth in the second, the Spaniard may be able to push his Alpine to the limit and start the season off with a pleasant result.

– In other news, Colin Haywood will be returning to race control for five weekends this season. Haywood had retired after the 2020 season but had been deputy race director working under Charlie Whiting and Michael Masi.

As F1 changed how races will be officiated, owing to problems at last yearʻs finale in Abu Dhabi, Haywood will be mentoring Niels Wittich and Eduardo Freitas, who will be taking over race control duties. This move comes as fresh and transparent in the face of the confusion at Abu Dhabi and should help to stave off some of the issues that have blighted officiating in the past couple years.

– Esteban Ocon suffered a strange failure in the first practice session when his right sidepod flew off. Both Ocon and Alonso were running upgraded sidepods, but Alonso faced no problems.

Oconʻs car had to be retrofitted with the sidepods used in testing in order to continue with practices. The team feared he may have to run them for the race because of the cause of the problem. But Alpine team principal Otmar Szafnauer relayed that there does not appear to be a deeper complication at play but rather that the sidepod just flew off.

The team said it will have to ship new sidepods from France but they will be race-ready.

– McLaren look to be off to a troubling pace to start the weekend. In the first practice, its drivers could muster only 16th and 17th. In the second practice, Lando Norris managed to move up to 11th with Daniel Ricciardo (returning after clearing COVID protocols) only placing 18th.

The team struggled mightily with brake-cooling difficulties at the test session a week ago, and the remedy does not seem to have helped the team. The brakes problem seems to have improved, but the car itself is now down on pace, a curious surprise considering that the team has made the switch to Mercedes engines for the season and was expecting to run up front. While two practice sessions a season do not make, they still portend an ominous sign.