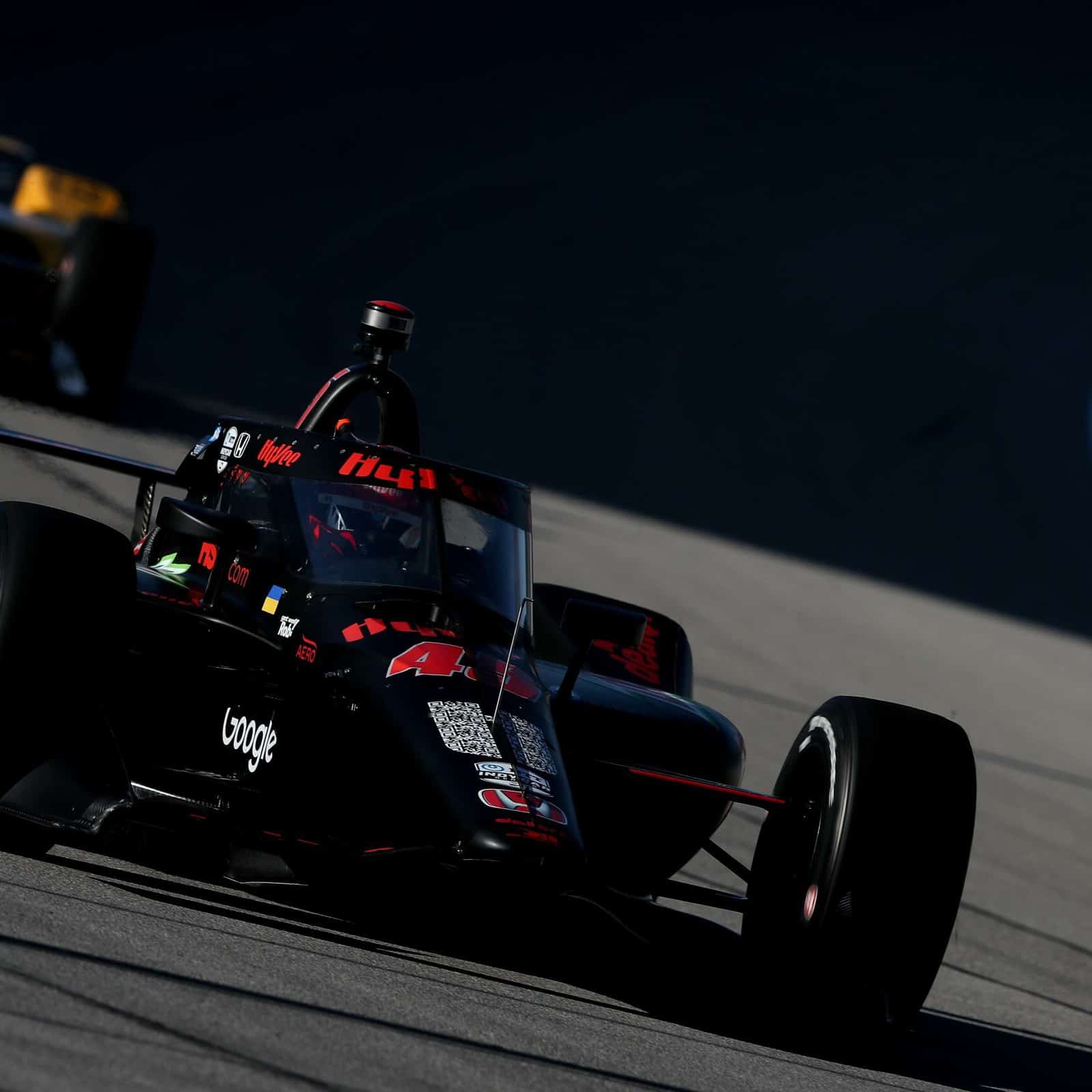 As Christian Lundgaard and Graham Rahal went fourth and seventh fastest respectively in the final practice session ahead of Sunday’s (March 20th) XPEL 375 at Texas Motor Speedway, Jack Harvey lightly brushed the wall coming off of turn 2 and then hit the inside wall along the backstretch, skidding to a stop at the entrance of turn 3.

The No. 45 Honda went into the garage area as the team unloaded their backup car from the trailer ahead of a long night of work. Harvey ended the session 25th.

INDYCAR announced a 30-minute session for drivers to run their cars around the higher groove of the turns in order to put some rubber down to create a second groove. Using tires built to the 2021 specification, seven drivers turned 294 laps with the overwhelming majority of those laps involving the higher grooves on both sides of the speedway.

With only seven drivers on track, not much of a second groove got rubbered in and nearly every driver stayed in the lower line in the final session.

Juncos Racing’s first race weekend visit to Texas Motor Speedway has been a productive one so far for the Indianapolis-based squad.

The Road to Indy stalwarts have 2020 Formula 2 championship runner up Callum Ilott behind the wheel of their No. 77 Chevrolet and Ilott was fourth fastest after the first session.

After setting the fourth fastest lap in the first #XPEL375 practice session, @callum_ilott is all smiles for @juncosracing. #IndyCar pic.twitter.com/GwIeWDd8bU

After qualifying 20th, the British racer was 22nd fastest in the final session. On the combined results sheet, Ilott’s lap from the first session was good enough to be sixth fastest among all drivers.

After racing in NASCAR for the last 20 years, seven-time Cup Series champion Jimmie Johnson qualified 18th for his first oval race in an open wheel car.

The No. 48 Chip Ganassi Racing Honda went around the 1.5 mile oval with a two-lap average of 219.865 mph. Johnson has seven wins at Texas in a stock car, but an open wheel car is an entirely different beast.

“I’m certainly more comfortable here than I’ve been on a road or street course to date,” Johnson said. “Directionally, things are right but this definitely is a unique car and a unique experience on this track with this car, so there are some first steps that I’ve got to get through and then I think after I get some more oval races under my belt, my oval experience will really start to show up.”

Johnson was 22nd in the morning practice session, turning more laps than any other driver in the field. In that morning session, fellow Chip Ganassi drivers were sixth (Dixon), eighth (Marcus Ericsson) and 10th (Alex Palou).

Charlie Kimball will be calling strategy for Ed Carpenter‘s No. 33 Chevrolet. This will be Carpenter’s first oval race in a part-time capacity after Conor Daly was announced as the full time driver in the No. 20 entry.

In the final practice session, many teams had drivers spread throughout the listings. A.J. Foyt Racing had Kyle Kirkwood in 15th and Dalton Kellett and J.R. Hildebrand in 26th and 27th, respectively. The Rahal Letterman Lanigan team’s results were listed above while Dale Coyne Racing’s Takuma Sato was sixth and David Malukas was 24th.

The XPEL 375 will be broadcast live on NBC starting at 11:30 am CT with the green flag 15 minutes later.

The race gets the green flag at 11:45 am local time. What a concept. Somebody is REALLY thinking of the fans!