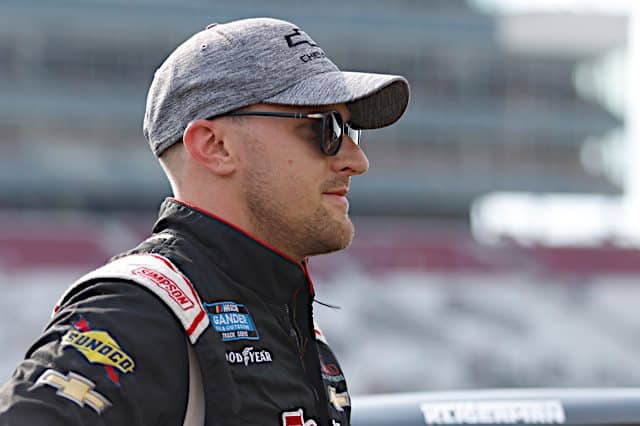 As can occasionally be the case when NASCAR visits a road course, the entry lists for this weekend’s events at Circuit of the Americas have changed a bit since their original release Monday, March 21.

While the NASCAR Cup Series still has the same crop of 37 drivers running its race this Sunday, March 27, both the NASCAR Xfinity and Camping World Truck series have seen a few changes, whether it’s a driver switch or a newly announced competitor after a car or truck was initially listed as TBA.

–Gar Robinson is now listed in Means Racing’s No. 52, which was initially entered without a driver. Should he qualify, COTA would mark Robinson’s series debut. He’s mostly known for his sports-car racing prowess; he was the 2021 IMSA champion in the LMP3 class and was also part of that class’ 24 Hours of Daytona-winning team earlier this year.

–Alex Bowman returns to the Truck Series for the first time since 2017, driving Spire Motorsports’ No. 7, which was initially entered without a driver. It’s also Spire’s first Truck start since Daytona International Speedway.

–Sheldon Creed will get some extra seat time ahead of the Xfinity race, driving Young’s Motorsports’ No. 20 for his first Truck start of 2022. The No. 20 was previously entered without a driver.