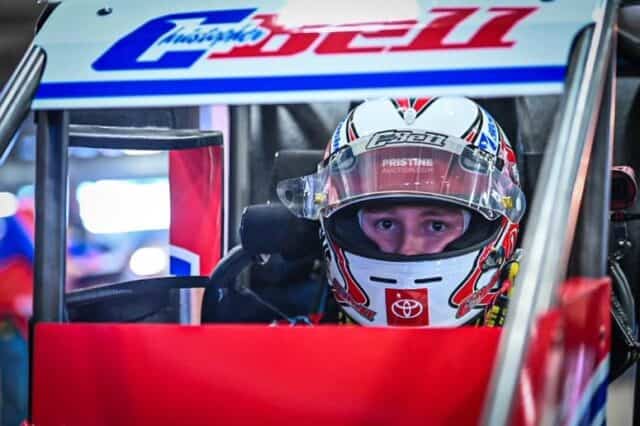 There’s nothing wrong with putting stock cars on a road course, but NASCAR racing at Texas’s Circuit of the Americas just feels like a desperate ploy to cash in on all the Netflix fairweathers that have become Formula 1 “fans.”

For those looking for an escape from the twisty-curvy soap operas that big-time racing continues to turn itself into, the Lone Star State has plenty of dirt track options to give race fans all the dirty fun without the melodrama that seems to follow the big leagues wherever they may roam.

Can’t wait for Saturday’s (March 26) NASCAR Camping World Truck Series race? Hike an hour and 45 minutes up I-35 North on Friday night from Austin and fans will find the Heart O’ Texas Speedway, whose weekly program of IMCA racing will be joined by a visit from the Texas Dirt Truck Series.

The track’s Facebook page estimated a 17-truck count for the headlining feature, part of a six-class lineup slated for the weekend. Those looking to bring their own coolers into the facility will be disappointed, but the track does offer $1 stadium chair rentals for those making use of the bleachers.

The former South Texas Speedway has been rebranded the South Texas Race Ranch, and they’ll be kicking off their 2022 season Saturday night with a six-class program headlined by IMCA modifieds racing for $500 to win. A three-hour sprint down TX-80 South, if the racing isn’t cause enough to make the trip, maybe a $1 Dos Equis is?

Tell all your friends and family to come out and watch some great racing this Saturday Night. $1 Dos XX, Live Music by Riptide, and some amazing racing!

Big O Speedway Living Up to Both Parts of Its Name

With the Texas Racesaver 305 Sprint Nationals canceled at Devil’s Bowl this weekend thanks to a reported tire shortage, arguably the biggest dirt race in Texas (at least within driving distance of COTA) is scheduled at the Big O Speedway in Ennis, headlined by the track’s “Gunslinger” modifieds running for $2,500 to win. When considering it’s headline news whenever IMCA modifieds are running for $1,000 to win, this is big money for the open-wheel crowd.

That’s the big. What’s the O? Saturday’s program will offer fans over the age of 21 a free domestic beer while supplies last.

Part of an eight-class program, it’s very likely that racing at Big O will continue into Sunday morning. And that’s no big deal, as the track’s mini “bullring” oval will play host to its own racing program on Sunday, with the North Texas Region of the NOW 600 micro sprint ranks opening their season that evening.

It’ll be too long a haul for those leaving COTA, but for those wanting to watch COTA on TV before heading to the track a 7 p.m. local start time should make that a realistic option.

For those opting to make the trip to Big O, be aware of a new for 2022 track policy that to my knowledge is unique to this facility.

We are racing at Big O Speedway. Got it all fixed and itching to go. pic.twitter.com/SuAyaQtgQ1

It’s not in Texas, but Christopher Bell is returning to the dirt ranks Friday night, scheduled to race his midget at I-44 Speedway in Oklahoma Friday night.

At the time of this writing, Bell is contesting the POWRi National Midget event at Port City Raceway (March 24) and is slated to start on the pole for the feature event, recovering from coming to a stop on-track during his heat race.

At the time of the writing, the cheapest seat available for Sunday’s EchoPark Texas Grand Prix at COTA is a general admission grounds ticket at $80.25, including fees.

A pit pass at any of the above listed venues is available for purchase by the public and all will run less than the $80.25 needed at COTA on Sunday.

Also of note, the I-37 Speedway in Pleasanton will be racing a six-class program, headlined by the track’s steel block late model class, Saturday night for those looking for a Saturday night venue closer to COTA; head two hours south down I-35 and then I-37 south of San Antonio.