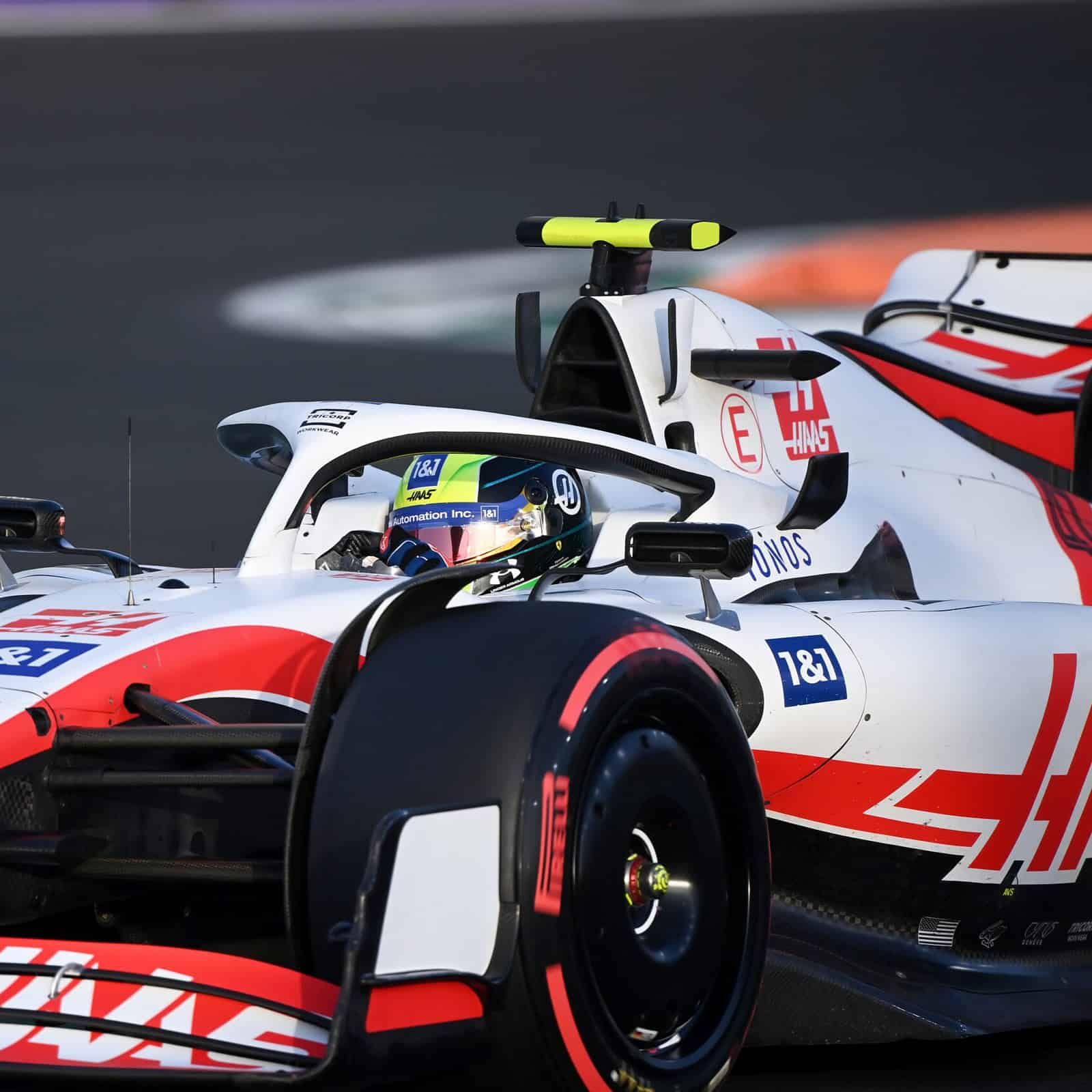 Mick Schumacher will not take part in Sunday’s (March 26) Saudi Arabian Grand Prix after a hard crash in qualifying left him en route to a local hospital for cautionary checks. In light of the accident, the team has decided not to field Schumacher’s car despite having reserve driver Pietro Fittipaldi in attendance in Jeddah.

Schumacher was setting impressive times through Q1 and Q2 before his Haas’s rear end stepped out and sent the German hard into the wall of the Jeddah circuit’s winding turn 10-12 complex; a series of corners taken at speeds around 170 mph.

Schumacher’s car slid to a stop against the barrier on the run to turn 13, with its pilot motionless in the cockpit and without working radio lines, according to Haas team principal Guenther Steiner.

Steiner has cited concerns over Schumacher remaining in the hospital overnight as the logic behind the team’s decision to field the lone car of Kevin Magnussen.

“A very eventful day for us. The best thing is that Mick has apparently no injuries, he’s in the hospital right now and being evaluated by the doctors, so he is in good hands at the moment,” Steiner shared in a team statement.“

“There is a possibility that he’ll have to stay for observation overnight at the hospital. Based on these facts and where we are, we have decided not to field his car tomorrow.”

Schumacher was awake and alert, speaking to the medical team while being extracted from his car, and was later reported to be without apparent physical injury after the massive impact. Schumacher later posted to Twitter that he is OK.

Hi everyone, I just wanted to say that I’m ok🙏
Thank you for the kind messages.
The car felt great @haasf1team, we’ll come back stronger❤️ pic.twitter.com/Mwpy0767kN

Haas driver Kevin Magnussen will line up in 10th place on the grid for Sunday’s (March 27) Saudi Arabian Grand Prix.