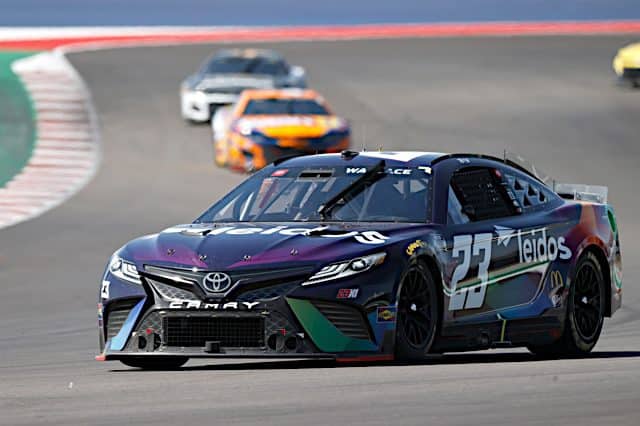 The infraction marks the fifth loose wheel penalty implemented in 2022.

The No. 23 Toyota lost its left-rear wheel on lap 45 of Sunday’s NASCAR Cup Series race at Circuit of the Americas, which resulted in the team’s retirement from the event and a 38th-place finish.

Dave Rogers, the team’s performance director, will serve as the acting crew chief for the four events. 23XI has said it will not appeal the decision.

No monetary fines or points deductions were implemented on the team.

Wallace currently sits 20th in the standings, 28 points behind the playoff cut line.

No other penalties for all three series were handed out.

Didn’t bubba finish 2nd at Daytona ! So in the 5 races since then he’s dropped from 2nd to 20th. And there’s definitely many cars behind bubba in the standings who will for sure finish ahead of bubba by years end.

I’d laugh if he has another wheel come off this weekend. And another one the next week. That would mean 9 crew members would be in forced timeouts, and people unfamiliar with their new positions. Would Nascar star backing off !

Or 6 or 7 cars wheels come off, the more the merrier.