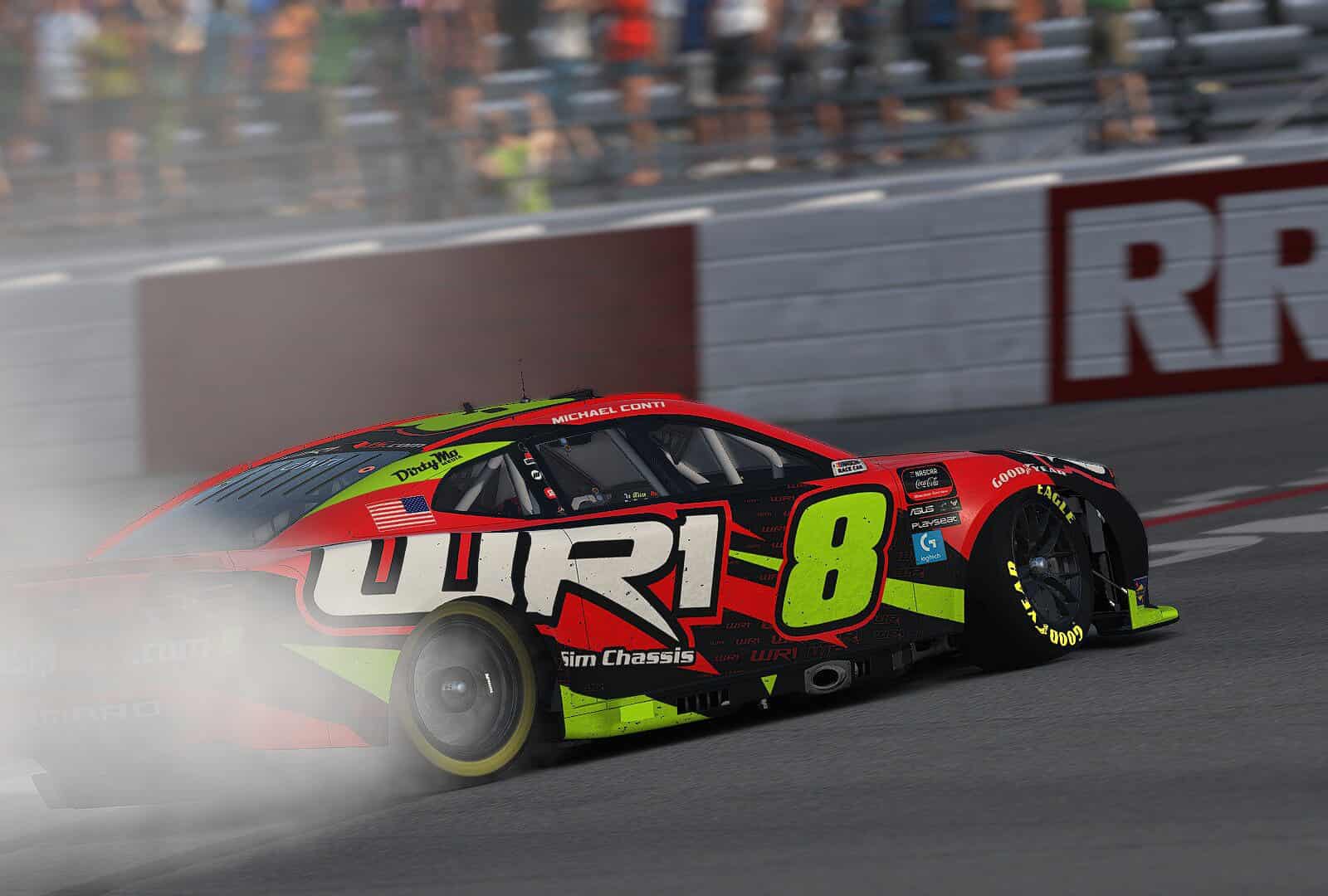 Round Four of the 2022 eNASCAR Coca Cola iRacing Series took the field to the virtual Richmond Raceway on Tuesday (March 29) night, where Michael Conti took home the victory after the first wild short track event of the year.

It was Conti’s second win of an early season.

“I came into this year just really, really feeling good,” Conti said. “There was so much preparation the last year. Typically, I win on an annual basis but now we have two of the first four.”

This was Conti’s 13th career win, and he is now off to the strongest start of his eNASCAR career.

The first 30 laps saw two incidents that took out top contenders such as Logan Clampitt, who started in the top 10. Early side-by-side action highlighted the field’s racing as the race got underway.

Polesitter Taylor Hurst led the entire race up until pit stops around lap 50, when Casey Kirwan took over the lead during the caution period after a two-tire pit stop. Halfway through the race, a huge incident took out several contenders, and Kirwan gave up the lead shortly after and was caught up in another incident later on, leading to a disappointing finish.

Richmond doesn’t always race like a short track, with multiple grooves atypical of a short track providing lots of passing from first all the way to the end of the field.

Once Conti got out front with 50 laps to go, he never looked back. He proved to have a top-three race car all night. And once he got to the lead, he showed the field how strong the JR Motorsports machine really was, even on 82-lap-old tires. He was able to hold off the fresher tires of Graham Bowlin in the closing laps.

Ray Alfalla had the worst luck of the night, ending up involved in two separate spins not of his own doing and then a third incident with less than 30 laps to go. The first spun him around without any damage, but the second heavily damaged his No. 51 machine, ending his chance at a solid finish.

The next race will take place at Bristol Motor Speedway dirt on April 12. Coverage begins at 9 p.m. ET on eNASCAR.com or Twitch.tv/iRacing.