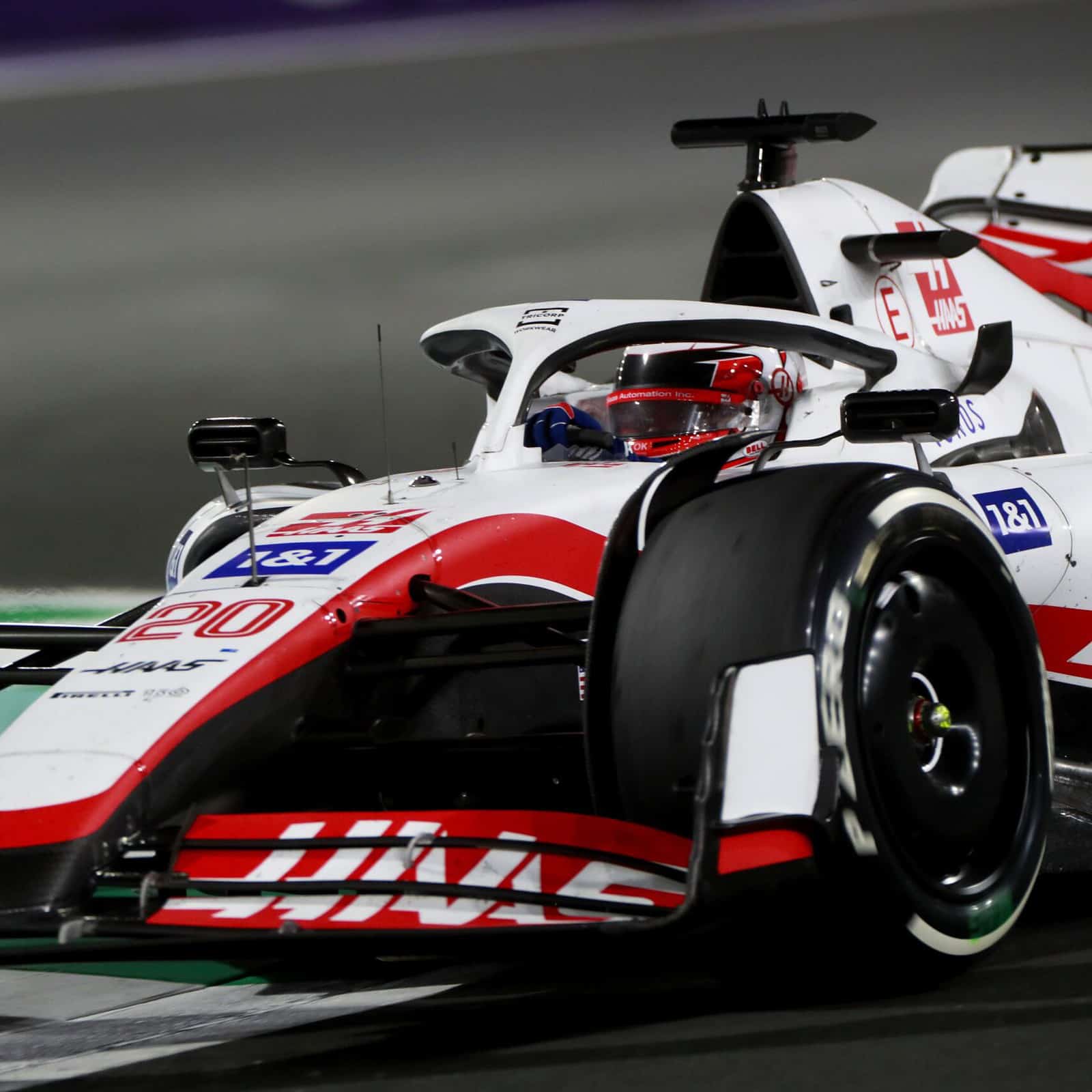 One of the surprising stories of the 2022 Formula 1 season is not that Ferrari is holding its own at the front of the grid.  After finishing third last year, its presence does not come as a crazy concept.

Seeing Mercedes struggle a bit does not equate to a big story either.  After nine years of dominance, there is every reason to anticipate a drop-off.  Dynasties do not last forever but instead enjoy an era and then give way to new dynasties.  Of course, one of the ways that sports have evolved over the past couple of decades has been to mitigate dynasty longevity,

The start from Haas F1, however, is a little bit surprising, if not shocking.  There is a caveat to this call.  It is not just Haas that may be off to an unexpected start but that Kevin Magnussen is back in a Haas and running competitively.

In 2018, Haas achieved its best constructor’s finish when it took fifth.  At the time, with Romain Grosjean and Magnussen as its drivers, the team looked to be in a great spot.  Having finished eighth the previous year, the big jump in performance gave reason to believe that they would soon be closer to their engine supplier, Ferrari, than battling at the back, which they had done since entering as a new team in 2016.

The team failed to back up the solid 2018 season and fell to ninth, their lowest-ever position in the standings.  The team followed with another ninth-place result and questions surrounded whether the drivers were partly to blame for the performance woes.

With Mick Schumacher and Nikita Mazepin on board for an all-rookie lineup, the team expected to struggle but put together its worst season, taking the last position in the standings and looking like a team that had not only cratered but would not be emerging from the impact.

Guenther Steiner remained in charge of the team, a decision that looked foolish, and there was every reason to believe the principal owner Gene Haas was not invested and that the money that Russian oligarch Dmitri Mazepin was pumping into the team was merely a way to give his son a ride in F1.

In all respects, the team looked and acted like the laughingstock of F1, with no better example than Mazepin spinning out at the first corner of the first race of the 2021 season.  His in the first race of his F1 career provided all the evidence needed to illustrate both the challenges in F1 in fielding a competitive team and what rock-bottom looks like.

Kevin Magnussen, jettisoned after driving a last-place car to the last-place position in the driverʻs standings, clearly needed a re-bott.  Having begun his F1 career with McLaren in 2014, he was dropped to reserve driver in 2015 when the team hired Fernando Alonso.  He rebounded to find a ride at Renault in 2016 but finished 16th in the standings while paired with Jolyon Palmer who never should have found a spot on the grid anyway.

Renault, floundering at the time, sent Magnussen packing in an effort to find new life, which is when Magnussenʻs relationship with the American team began.  In 2018, the Haas highpoint, Magnussen finished ninth in the driverʻs standings, with Grosjean taking 14th.  Magnussen looked to be a driver who had finally found a team with which he could showcase his talents.  Thereʻs a reason he kept finding seats in the sport, and that is for all of his poor results, teams regularly acknowledge that he is stout behind the wheel.  The primary thinking is that he has never been given a car that allows him to showcase this ability.

Two races a season does not make, but so far there is reason to believe that the second marriage between team and driver may be working out.

One of the unexpected consequences of the Russian invasion of Ukraine has been how the West has reacted to Russian influence and, especially the oligarchs.  With Dmitri Mazepin becoming persona non grata, Haas excised his influence from the team and in doing so, opened up the seat that Nikita Mazepin and been using to demonstrate how not to be an F1 driver.

The consensus put Pietro Fittipaldi in the vacant spot.  The logic was sound.  Fittipaldi had been part of the Ferrari driving academy in 2014.  In 2018, he became Haasʻ test/reserve driver.  When Grosjean suffered injuries in late 2020, Fittipaldi became the replacement driver for the final two races of the season.  Though he had lost out to Schumacher and Mazepin in 2021, there was reason to believe, that the seat was his.

And then Magnussen got the call.

After racing IMSA in 2021, there was no reason to believe that Magnussen would be a driver to consider.  Even though he had podium results and one win in the 10 races on the calendar, his departure from the sport seemed to indicate his time was done.  That is why the phrase “never say never” exists.

Now back with Haas for 2022, with the new car regulations having given the team a fresh start, Magnussen looks like a different driver.  Taking fifth in the first race and ninth in the second race has him eighth in the points standings after two races.  Again, two races a season does not make, but that does not mean that past performance is not an indicator of future results.

Two race finishes in the points offers a positive omen for the Danish driver.  Should Haas come through with another positive showing in Australia, there will be reason to consider Magnussen as a driver who could steal a podium finish this season.  Such a result would be amazing for a laughingstock team with a driver it had already dismissed once.