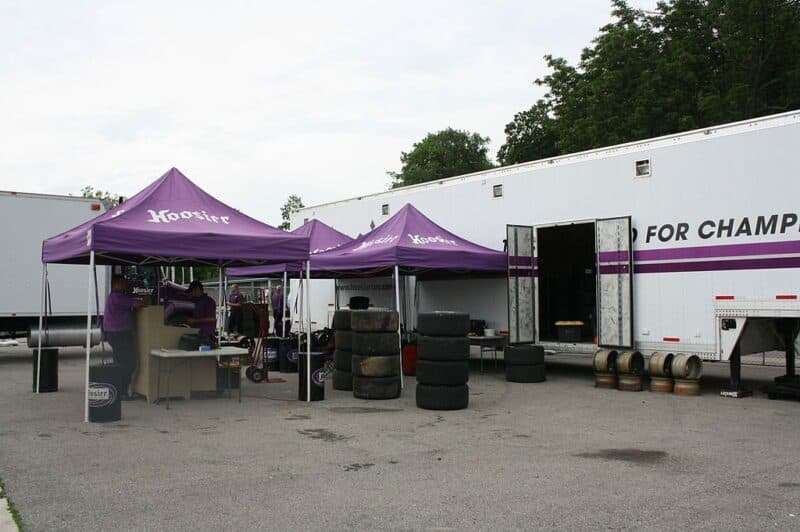 The world of open-wheel dirt racing was rocked this past week with the United States Auto Club (USAC) sanctioning body releasing a widely-panned press release.

Results from Ocala have been confirmed after extensive lab testing.

That release, in summary, said that while initial tire testing conducted after the USAC National Sprint Car tour’s season opener at Bubba Raceway Park found the top four finishers had used tires that didn’t comply with benchmarks, that the sanction had reached out elsewhere to other testers as a result, proving no issues with the tires.

Fallout was swift, and while USAC has called for an owners meeting this Monday (April 4) to review the testing process and findings with their competitors, the damage has been done. Here are six issues raised by USAC’s handling of this debacle.

There are multiple problems to point out about USAC’s narrative regarding tire testing. First, deciding to go to other labs after the lab chosen by the sanctioning body as their first choice, go-to for race officiating failed the top four cars does not create an impression of integrity, but rather one of seeking a pre-determined outcome.

What if the top two cars had failed instead of the top four? Would USAC have gone out of their way to find alternative labs? Why is four failures a magic number?

Even more troublesome though is this passage in the release, which reads, “Additionally, those traits found to have not met the manufacturer benchmark were not those typically found in tires which have proven to be altered from the manufacturer specification for the purpose of competitive advantage.”

So because it’s a tire alteration that hasn’t been seen before, it’s inherently not a competitive advantage and needs to be scrutinized further? There is no reason for this level of complexity or ambiguity. If a tire sample misses the benchmark, enforce a penalty and move on.

In the meantime, all I read this as is “if you’re going to alter tires, just make sure you’re being creative and sneaky about it.”

2: USAC’s opaque press release has destroyed credibility on other fronts

The language used in USAC’s release describing the tire testing quagmire that played out after the Winter Dirt Games is by every definition word salad, language so evasive and opaque that NASCAR’s France family would even approve.

And while using such non-committal, non-specific language leaves the entire situation with tire testing open to interpretation, it’s clear that doing so has also left the credibility of the USAC sanctioning body shot full of holes. Case in point, the series’ announcement that USAC sprint car racing at Lawrenceburg had been canceled for the weekend due to an unfavorable weather forecast.

Saturday's USAC @AMSOILINC National Sprint Car event at @BurgSpeedway has been canceled due to an unfavorable weather forecast.

That’s not an unreasonable position to take. Between winter-like temperatures, winter-like winds and sporadic precipitation, dirt tracks across the entire country have seen their early season schedules being sliced and diced by Mother Nature. Yet, social media quickly saw race fans tearing even a rational decision by USAC to shreds.

Can we consult with two other forecasts before making this decision official please?

The appearance of impropriety is often every bit as bad as impropriety itself. That USAC can’t even cancel a race without getting skewered is proof positive of a PR screw-up.

3: Seeing only parts of the whole

And while Ballou spelled “clique” incorrectly, that doesn’t undermine just how incendiary an accusation this is; namely, that there are race teams that USAC will look out for to the point of hiring alternative test labs to check tire samples.

Ballou’s accusation is not proof of guilt that USAC is playing favorites. But it does suggest a perception problem, and one that is doubly valid when considering that a meeting with team owners to discuss this testing procedure was not called prior to announcing results.

That may not be nefarious behavior, but it absolutely is proof positive that this decision wasn’t thought through about how it would impact the USAC racing community as a whole.

It’s comparable the recent debacle NASCAR has created by choosing Hendrick Motorsports to field an entry based off the Next Gen car at Le Mans in 2023.

Blinded by the sexiness of returning to European road racing as Formula 1 continues to challenge the sport for relevance as well as a documented history of giving Hendrick Motorsports whatever it asks, NASCAR greenlit the project without any consideration for competitive advantage, as Denny Hamlin has so astutely pointed out in recent weeks.

If it has 1 next gen part on it it’s an advantage. I don’t know that they even know how they will level the playing field.

Note to USAC: If you’re behaving like NASCAR in sanctioning races, stop. You’re doing it wrong.

4: Scaring off race teams that actually have alternatives

Prior to USAC’s cancelation announcement at Lawrenceburg, the expected entry list for the event had already found itself reduced, with several race teams announcing outright that USAC’s handling of the tire testing results had led them to decide not to race with the sanctioning body. Shane Cockrum and his Amati Racing team, as well as Jake Swanson and his Team Arizona team, both made such announcements.

Perhaps making the biggest splash was Keith Kunz, who announced that his newly-formed sprint car team was elected to withdraw from the USAC tour for 2022.

After waiting for a decision on this we at @KKM_67 have decided that we will not compete in the @USACNation sprint car series going forward. https://t.co/R5Ap5EX5vp

Chasing cars away is bad practice for any racing series, but even more so for USAC, given that its wingless sprint car ranks face direct competition in 2022 from the newly formed Xtreme Outlaw Sprints series, founded with backing from the same World Racing Group that sanctions the World of Outlaws. Given how much talent has left USAC anyway in recent years to go winged racing, this is perhaps the biggest red flag of all for how this tire debacle has been handled.

5: Not just USAC mishandling this debacle

In the interest of objectivity, it wasn’t just USAC that proved a bit laughable in responding to the tire debacle. Case in point, the same Keith Kunz Motorsports that announced it was withdrawing from the National Sprint Car tour hours later confirmed that ut would not be withdrawing its countless entries from the USAC National Midget tour.

KKM will still be competing in the @USACNation Midget Series, just no Sprint Car.

It’s not to the level of Ray Ciccarelli threatening to retire only not to do so, but this “clarification” does make the gesture of leaving the USAC sprint car ranks feel a lot more hollow.

What is not hollow, and perhaps the biggest potential consequence of this entire mess, was reported by Dirtrackr’s Justin Fielder. Said Fielder in his podcast dated April 1:

“It is my understanding that USAC is not upholding the Xtreme [Outlaw Sprint Series] penalties for [Justin] Grant and [Chase] Stockon, and that those drivers are eligible to race … in the past we’ve seen these two bodies work together n these cases, but now we have a clear divergence.”

Fielder went further, stating “it’s clear that some very real damage has been done to the relationship between the series and a lot of the drivers and teams. It feels like there has maybe been some mistrust bubbling under the surface, and this situation has brought all of that to the forefront.”

In short, the competitive environment that has come to exist in 2022 between USAC and the World Racing Group could well become a shooting war.

NASCAR has long gotten away with its incompetence and inconsistency as a sanctioning body due to its having a de facto monopoly on its school of racing. USAC has no such monopoly anymore, and given that it’s already apparently antagonized the ranks of the World Racing Group, the timing to have a debacle of officiating that has race teams literally rethinking where they’re going to race is about as bad as it could be.

After all, the Xtreme Outlaw sprints don’t race again until June 10. That’s plenty of time for race teams planning to run USAC this year to make plans elsewhere.

Non Wing Sprint Car Racing is currently a worse lowcow than Modified Racing, and I feel mad there is hardly any development to be had.