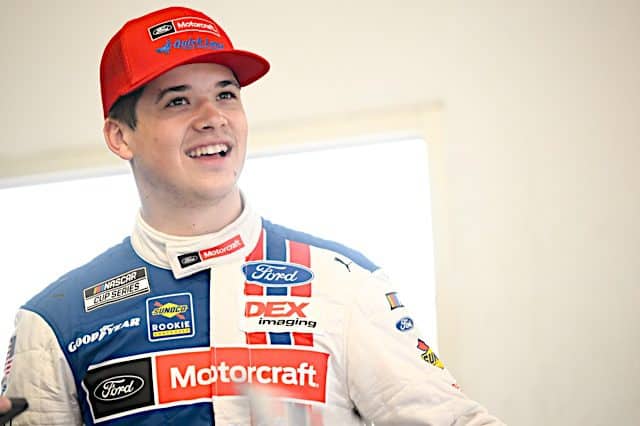 Harrison Burton will make his first start in the NASCAR Camping World Truck Series since 2019 at the Bristol Motor Speedway dirt race in the No. 17 David Gilliland Racing entry, the team announced Tuesday, April 5.

Burton, whose last series start was during the 2019 season when he drove for Kyle Busch Motorsports, will be making his first start on the dirt track one day before his Cup Series debut there.

It will be the 21-year-old’s first start with DGR.

The full-time driver for the No. 21 Wood Brothers Racing Ford currently sits 29th in the Cup Series standings, 72 points behind the playoff cut line.

The No. 17 Ford truck sits 14th in Truck Series owner points and has featured drivers such as Taylor Gray, Ryan Preece and Riley Herbst so far in 2022.

Y’all didn’t see this one coming. 👀