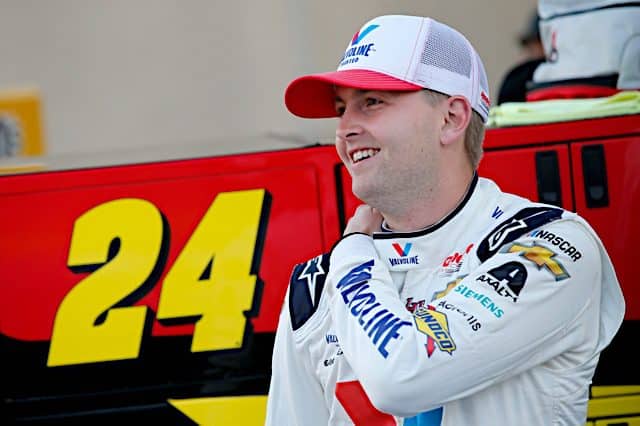 After the entry lists for all three NASCAR national series were released on Monday, April 4, a few changes were made to the NASCAR Xfinity and Camping World Truck series fields for Martinsville Speedway.

The NASCAR Cup Series remained the same, as of this time (April 6).

Check out what’s different for Thursday and Friday night’s races:

–Natalie Decker is in the No. 28 car for RSS Racing as she attempts to qualify for her first race of the season. She did not qualify for the season opener at Daytona International Speedway. Last year she ran five races and earned a career-best finish of 24th at Talladega Superspeedway. Kyle Sieg, who’s run six races for the team this year, was initially listed.

There are still 43 cars vying for 38 spots, so five won’t qualify.

–William Byron‘s driving the No. 7 Spire Motorsports entry, which was previously listed as TBA. Austin Hill piloted the truck at Daytona, while Alex Bowman, Byron’s Hendrick Motorsports teammate in Cup, ran at Circuit of the Americas.

–Dillon Steuer is attempting to debut in the No. 20 Young’s Motorsports Chevrolet. He’s run Modifieds and is also scheduled for some USAC SpeedSTR races. A driver was not listed at the time.

–Kaden Honeycutt will attempt to make his Truck debut driving the No. 46 G2G Racing Toyota. Honeycutt has competed in five ARCA Menards Series races with two top 10s, with a career-best finish of seventh place in the 2019 event at Fairgrounds Speedway Nashville. Honeycutt replaces Matt Jaskol, who was originally entered. The team previously announced Jaskol would run full-time this year, and he is currently 28th in the point standings. The team has not announced whether Jaskol will still compete at Martinsville. On the preliminary entry list, the team’s No. 47 Toyota was listed as withdrawn.

The number of trucks entered (39) remained the same, so three won’t make the race.

Trucks will practice on Thursday, April 7 at 3 p.m. ET, with qualifying following shortly after. The race runs at 8 p.m. ET and all sessions will air on FOX Sports 1.