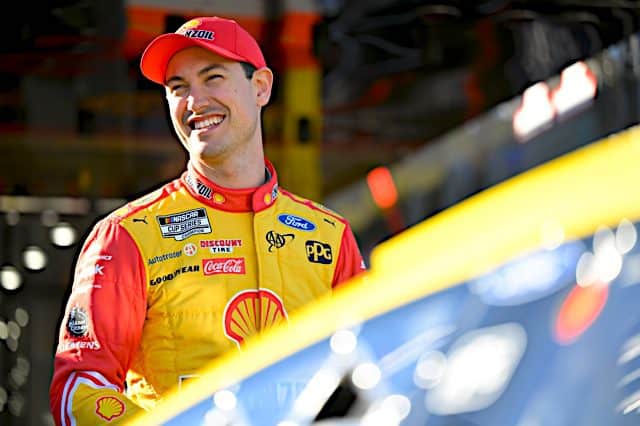 He’ll drive the No. 54 Planet Fitness Ford in his first Truck start since 2015.

WE’RE NOT DONE YET!

We’ve got Cup Series champion and past Bristol Dirt winner @joeylogano behind the wheel at The Last Great Coliseum! 🟪🟨 pic.twitter.com/KpYySd8yX3

Logano won last year’s Cup race on the Bristol dirt track. He currently sits fifth in the point standings with one top five and three top 10s this year.

In the Truck Series, he has one victory at Martinsville Speedway in 2015, as well as four top fives.

The 54 number is interesting. Looks very similar to the one JGR/KBM uses.