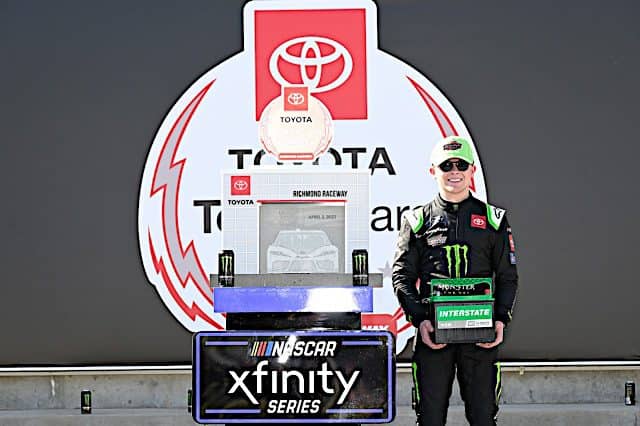 Can anyone beat Ty Gibbs? On Thursday (April 7), Gibbs won the pole for the NASCAR Xfinity Series race at Martinsville Speedway.

Gibbs will lead the field to the green flag for the Call 811 Before You Dig 250 in his third start at Martinsville. Gibbs has one top five there already, fourth place in this race one year ago.

Gibbs is already a three-time Xfinity winner this year, including the most recent race at Richmond Raceway.

For his lone Xfinity start of the year, Dale Earnhardt Jr. qualified 30th.

Prior to qualifying, it was announced Alpha Prime Racing switched crew chiefs for its two entries.

DiSavino missed the field last week and now he has made this race. Alpha Prime changed crew chiefs this week. Frank Kerr now in charge of the 44, replacing Dan Stillman. On the 45, Michael Brandt (car chief on the 44) has replaced Paul Claprood.

Ellis was joined by Harrison Rhodes, Chad Finchum, Josh Williams and Ronnie Bassett Jr. as the drivers who failed to qualify for this 200 lap race.