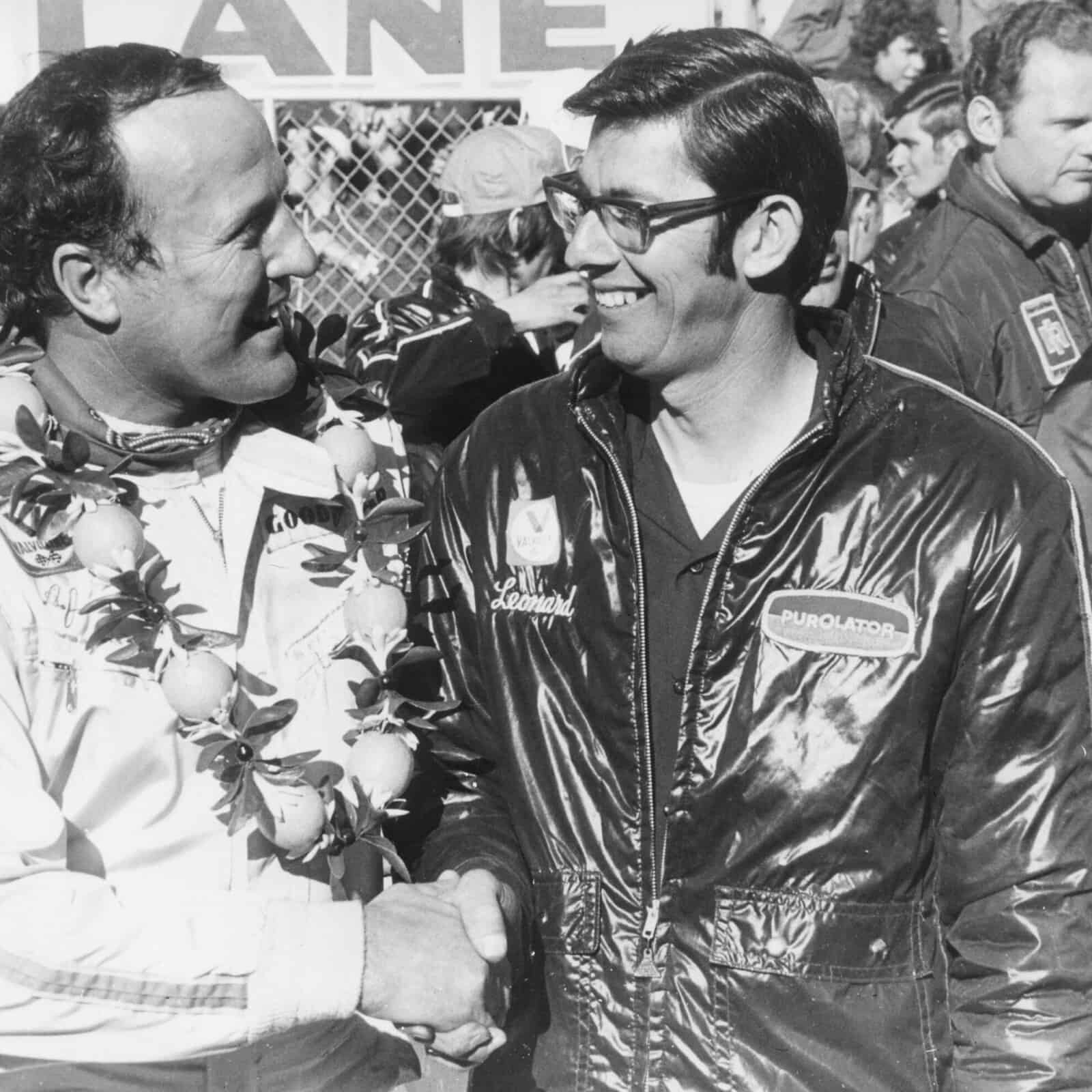 From the lowest Facebook group to the heights of Nate Ryan’s Twitter page, everybody has an opinion on who should go in. Instead of just going over my picks, I’m going to go over every single candidate on the modern era ballot and the pioneer ballot. Before that though, there’s the Landmark Award to discuss.

I’m not going to go deep into this category, mainly because all but one of the nominees would be okay here.

So normally, the whole “it’s too soon for them to be inducted” argument is really bad, because if you’re on the ballot, you’re on the ballot. But with the Landmark Award, my opinion is that there is such a thing as too soon, and that’s largely the case for Lesa France Kennedy. There are just so many people both on the ballot and not on the ballot (Humpy Wheeler stands out) that have better cases before her. She has been able to make a lot of people a lot of money, but what has she been largely responsible for when it comes to the average fan? A Phoenix Raceway renovation that has made the racing objectively worse at that track?

Janet Guthrie gets my endorsement here, because she made it impossible for men to argue that women can’t physically handle a stock car. It’s not hard to be critical of Danica Patrick as a driver, but absolutely nobody whose opinion means anything ever said that she wasn’t good because she’s a woman. A big reason for that, and just about every woman who has come up through motor racing in America, is because of Guthrie. Keep in mind as well that Guthrie’s career came before the cars were downsized in the early 1980’s and before power steering.

Neil Bonnett: The issue with Bonnett is that he had so many start and stops in his career, and quite frankly a lot of bad luck. As a driver, it’s hard to really put Bonnett in because he had just eight seasons in which he ran 90% of the races, and had just three top ten point finishes with just a fourth in 1985 as his lone top five finish in points. There should be a difference between a very good driver and a Hall of Fame driver, and Bonnett is on the wrong side there.

What I’ve personally heard of Bonnett as a broadcaster is great, and by all accounts he was great at it. He didn’t and couldn’t stay at it for long enough to where anybody could really say he had an HOF worthy career in that endeavor, however. It’s sad, because if he had just stayed retired and spent decades behind a microphone like Benny Parsons, he’s an easy slam dunk candidate. But he wanted to race, and it’s just a terrible situation all around. Writing about Bonnett every year like this is hard to do, because he’s one of those guys that there is no bad or mean story about, but it is what it is.

Jeff Burton: Burton just really seems like the odd man out on this list. There are so many quality candidates sitting on the unnominated list like Jimmy Fennig and Larry McReynolds, while Burton is just standing here having finished ahead of all of his teammates in points just twice in 17 years with multicar organizations in Cup. And like Bonnett, he hasn’t been broadcasting long enough to where that has potentially made up the difference. Unlike Bonnett, however, Burton has been the fourth wheel on NBC and really doesn’t add much to the broadcast since Dale Earnhardt Jr.  joined the booth. Just a no from me.

Tim Brewer: Brewer really just didn’t do a lot in Cup outside of Junior Johnson’s team, and on Junior’s team, Junior was what we’d consider the crew chief back in Brewer’s stomping days with Cale Yarborough and Darrell Waltrip. He was paired with Tim Richmond after he left Johnson and did OK, before Richmond joined up with Harry Hyde immediately afterwards and the plot of Days of Thunder began. A worthy nominee, but there are still so many better options at crew chief to choose.

Carl Edwards: A really unique candidate. Only had 12 full time Cup seasons, but spent half of them in the top five in points. Came close multiple times to a Cup championship but couldn’t get the job done, then suddenly retires right when he seemed to be entering his peak as a driver. Not on my ballot this year, but he definitely will be in the future.

Harry Gant: If you just look at Cup numbers on a spreadsheet, no, but had a storied career at the local and regional levels before striding into Cup as a 39-year-old rookie. If the old Sportsman division statistics were complete and able to be used extensively, he’s probably a slam dunk.

Harry Hyde: Look up “NASCAR crew chief” in the dictionary (do they even make those anymore?) and Hyde’s picture should be there. His problem is that he stayed too loyal with Nord Krauskopf and the K&K Insurance team, wasting years with uncompetitive cars before Krauskopf sold to Jim Stacy and everything turned into a disaster there.

Matt Kenseth: Absolutely a first ballot, slam dunk inductee. The only thing that anybody can knock Kenseth for are those two returns after he was done with full-time racing, and it’s not like people are knocking Rudd or Bonnett for doing the exact same thing.

Ricky Rudd: Finished third in voting last time around, so he should be the favorite to go in along with Kenseth. Nobody was ever more adaptable than Rudd, who won races for ten different owners in his 25 year career. There were better drivers when Rudd was driving, but none of his peers were able to consistently win races and stay on track for as long as Rudd did.

Larry Phillips: Probably the best local series driver in NASCAR’s history. A very strong candidate and should be in the Hall, and it’s a testament to how bad the voting process has been with him on the outside looking in still.

Kirk Shelmerdine: My second pick after Kenseth. He’s the best crew chief not in the hall yet, and Dale Earnhardt should absolutely have a crew chief in the hall considering most of his peers do.

Sam Ard: Like Gant, he would be in already if the Sportsman division records were complete. In just three years, he set an all-time wins record for the Xfinity Series anyway, and that stood for decades.

A.J. Foyt: Look beyond his stats, and you’ll find a driver who was a big star that attracted fans and media. Arguably, NASCAR was still largely a regional southern series to many on the national stage before Foyt came down south to rub fenders, elevating many names already in the Hall.

See also
2-Headed Monster: Should A.J. Foyt Be in NASCAR Hall of Fame?

Banjo Matthews: The best chassis builder in history. If you’re the absolute best at something and get nominated, you should be a hall of famer. He’s my pick ultimately after weighing him against everybody else on the ballot.

Hershel McGriff: I’ve tried to do a lot of research into Hershel, and the reality is that I just can’t find a lot of information on him that would lead me to believe he is HOF worthy. Great West Series driver, but it’s not like he was a big name that drew growth for NASCAR in that area of the country.

Ralph Moody: Just about every driver from that era will sing Moody’s praises if they ever dealt with him. John Holman had the connections with Ford, but Ford’s NASCAR efforts would have been an absolute struggle without his Holman Moody co-owner back in the 1960’s.

The most important rule when filling out your ballot is that there are no bad choices, just bad arguments. The fan vote for the NASCAR Hall of Fan can be found by clicking right here.