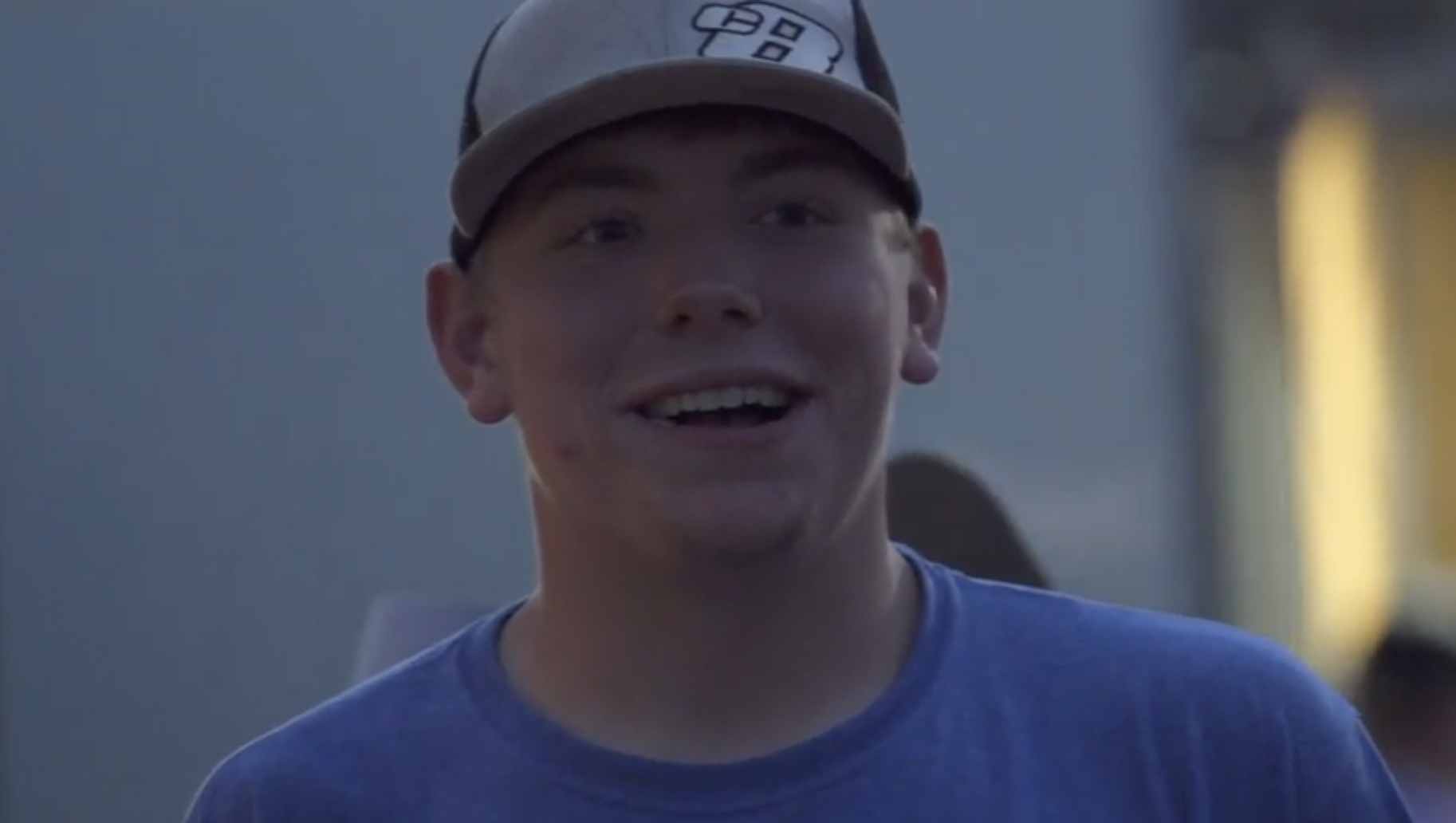 Tyler Erb wired Saturday night’s Conococheague 50 at Hagerstown, going unchallenged in the final 23 laps after the race’s sole caution flew on lap 28 for Hudson O’Neal slowing on track with a damaged fender.

Though Erb had Tim McCreadie chasing him for the first half of the feature, the defending LOLMDS champion couldn’t close enough to mount a serious challenge for the lead at any point. McCreadie got within a couple of car lengths around lap 26 as Erb momentarily stalled out trying to lap Gary Stuhler, but the lap 28 caution broke up that challenge and saw Erb run away from the field on the restart.

The series points lead remains in the hands of Devin Moran, who finished fifth. Moran has still yet to decide whether to pursue the 2022 LOLMDS title, as his tentative season schedule has him racing with the World of Outlaws at the Bristol Motor Speedway dirt track at the end of this month. Of the drivers expected to contest the series points title, Conococheague 50 winner Erb holds a 40-point lead over McCreadie.

It wasn’t the same as stealing a feature win on the last lap as he did last year at Hagerstown, but Tim McCreadie proved he’s still up for some last-lap magic, clipping Kyle Strickler by inches to score the second heat race win.

McCreadie finished second in the feature.

Jonestown, Pa.’s Bryan Bernheisel scored his first career heat win on the LOLMDS, narrowly holding off Gregg Satterlee to do so. That win was a feel-good story, as it was roughly this time a year ago that Bernheisel suffered a neck injury after flipping over a retaining wall at Williams Grove Speedway, an incident that ended much of his 2021 season.

As already discussed, Erb was dominant on the track, but I want to give him a shout-out for his conduct in victory lane post-race. Before MAVTV commentator James Essex could get trackside for the interview, Erb dove right into taking pictures with fans, thanking his crew and talking to folks on the racing surface, eventually keeping Essex waiting for a few minutes while snapping pics. That’s how it should be done. The driver runs victory lane, not the interviewer. More racers would do well to remember that.

Local crate late model standout Kyle Hardy looked about as strong as he has in a super late model, finishing fourth in a performance that also saw him blow past defending World of Outlaws late model champ Brandon Sheppard in the race’s midsection.

Ricky Thornton Jr. gets a shout-out for being the Conococheague 50 hard charger, going from 22nd to ninth in the feature.

For as clean a feature race as Saturday’s Conococheague 50 was, it’s absolutely hard luck that Hudson O’Neal brought out the only caution of the race with fender damage that ultimately crippled the No. 71 car, dropping him to 22nd.

World of Outlaws late model rookie candidate Max Blair showed speed in qualifying and in the first B-main. Problem is, a broken transmission in his heat race buried him in said B-main, leading the No. 111 to miss the feature.

A collision between Steve Kent and Josh Gustaf on the second lap of the Pure Stock feature triggered the Big One on the Hagerstown frontstretch, collecting a third of the starting field.

Several of the drivers that won features at my home track Winchester Speedway on Saturday made a point to thank promoter Greg Gunter for pushing ahead and racing despite the risky weather. 45 minutes up the road, the crew at Hagerstown Speedway deserve the same accolades, perhaps even more so, for pushing through with a high-paying LOLMDS show.

I’ve said it before and I’ll say it again til the day I die, every race track should run the show off like there’s a threat of rain.

Kudos to @lucasdirt and @Hagerstownspdwy on running tonight off in just over 3 hours, the final checkered flag flew at 8:32pm, WITH a rain delay!

With rain spitting off and on (there were two brief delays during the heat races at Hagerstown), cold temperatures and gusty winds, canceling the Conococheague 50 would not have been a decision to fault promoters for.

The first B-main at Hagerstown Saturday listed East Bay Raceway Park in Tampa on the starting lineup graphic. Wishful thinking by the MAVTV crew given the weather?

Watching the “Mailman” continue to post top-five results furthers my foot in the camp hoping that Devin Moran will break down and opt into chasing the Lucas Oil season title in 2022. Way too talented a driver for the Midwest to keep him all to themselves.

I don’t know what’s going on in the ranks of pure stock/stock car classes in the DMV, but the Big One that unfolded on the second lap of Hagerstown’s pure stock feature is at least the third major wreck I’ve seen in the local area on a straightaway in recent weeks. Maybe the drivers’ meetings need to refocus on holding a steady line? Or maybe it’s as simple as telling the drivers not to act like the NASCAR Xfinity Series field at Martinsville Speedway.

Speaking of Martinsville, that wasn’t the only half-mile track that had drivers lamenting issues with cars and aero. Defending series champ McCreadie had some interesting comments in his runner-up interview about the “droop rule” that is now in effect in the LOLMDS for 2022. For those unfamiliar, the droop rule limits the vehicle height of the left-rear corner of the car, a move that is designed for safety to prevent rollovers.

What McCreadie pointed out though, was that the very limited tolerance for height variance in the left corner is making it harder for cars to trail others to make passes, especially for the lead. I’m not 100% ready to jump into the “changes are needed” camp based on those comments, as I’ve never seen Hagerstown Speedway be a bastion for passing in any class of car and given that the racing surface was cold, but it’s worth keeping an eye on as the season rolls on.

34 – super late models entered in the Conococheague 50 at Hagerstown Saturday.

Where it Rated (on a scale of one to six cans with one a stinker and a six-pack an instant classic): We’ll give the Conococheague 50 four cans of Natty Bo. One yellow in 50 laps is a very good thing and there was some passing in the field. It’d have been nice to see more of that passing on the MAV broadcast considering how untouchable Era was upfront.

Up Next: The biggest purse of the coming week is actually courtesy of a midweek Flo Racing Night in America show at Eldora Speedway, but Thinkin’ Dirty will be turning its eyes to the Tazewell Speedway and the Bill Corum Memorial Saturday night on the high banks. The $21,000 Iron-Man Late Model Series special will be streamed on Flo Racing.