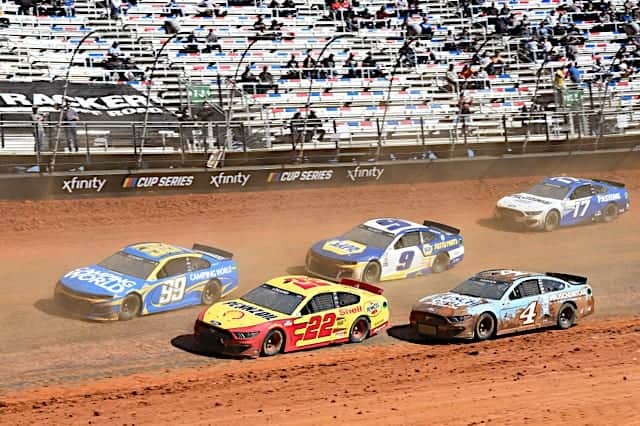 It’s time for some dirt track racing, as the NASCAR Cup Series heads to the Bristol Motor Speedway dirt track this weekend.

Since only 36 cars are entered for the event, all will make the race, barring any last-minute additions.

Josh Williams will make his Cup debut for Live Fast Motorsports in the No. 78.

Noah Gragson hops in Kaulig Racing’s No. 16 after AJ Allmendinger ran it for a few weeks.

The No. 77 of Spire Motorsports was listed as TBA, but the team later confirmed on Twitter that Justin Allgaier would drive it.