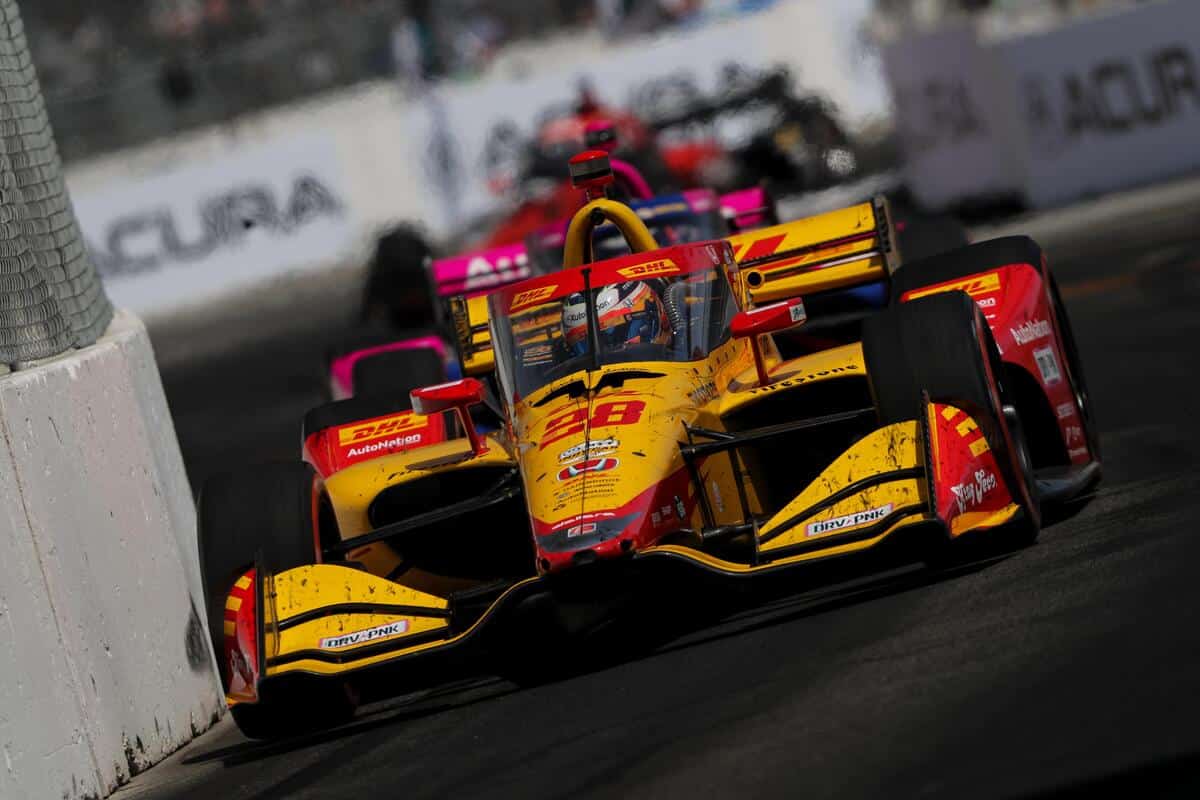 Just a few months after the 2021 IndyCar season ended in Long Beach, the 2022 IndyCar season returned to the California streets for another race that didn’t disappoint. Sunday’s (April 10) event seemed to be a track position race that had some people heading for the exits within the first 30 laps—but then it got very interesting over the last 20. Team Penske’s Josef Newgarden became a back-to-back race winner after a last-lap wreck caused the day to end prematurely, giving Penske the first three victories of the new season. And while that’s a heck of a statistic, there were other intriguing stories behind him.

Here’s what NTT IndyCar Series fans can take away from the Acura Grand Prix of Long Beach as viewers now look ahead to Barber and the remaining 14 races of the season:

Romain Grosjean Will Be an IndyCar Race Winner

After his impressive work last year (minus crashing the pace car), everyone’s been waiting for Romain Grosjean to have his moment in the sun. And while it didn’t result in a race victory, one could argue that he got it in the Acura Grand Prix of Long Beach, where if not for being on the red tires, he might’ve had a little something for Newgarden. What unfolded in the final 15 laps between Grosjean and Newgarden was some pure racing—lack of overtake, tires wearing down, just two experienced drivers hustling their cars to get them to the finish line. The No. 2 team prevailed, but the No. 28 crew has nothing to be ashamed of.

This is what Andretti Autosport was looking for when it put Grosjean into the No. 28 that had been driven for so many years by Ryan Hunter-Reay. The team wanted these explosive moments that would take the car to the next level. Grosjean has now had Top-5 finishes in two of the season’s first three races, so it seems like only a matter of time before he finds that extra little thing (be it good luck or good speed) and gets himself into Victory Circle someplace. And when that happens, it’s going to be an absolutely insane moment.

Alexander Rossi Can Have Good Days, Too

How great was it to see Alexander Rossi have a good result? Rossi’s struggles over the last few seasons have been well-documented, and the first two races of the 2022 IndyCar season gave him more of the same headaches. Yet the Acura Grand Prix of Long Beach smiled on him, as he qualified well and then solidly drove to an eighth-place finish. It wasn’t so long ago that Rossi dominated this race by a very wide margin, so it was nice to see him regain at least some of that form.

Rumors continue to circulate about this being Rossi’s final season with Andretti Autosport, and if that is in fact the case, it’d be fantastic to see him finish his tenure with a bang. He seemed at one point to be a future IndyCar champion and he’s clearly capable of much more than the racing gods have dealt him over the last few years. Maybe Long Beach will be the start of a streak of good luck for the No. 27 car.

Kyle Kirkwood is Living Up to His Potential

Speaking of Andretti Autosport, it was a fairly big shock this season when Kyle Kirkwood left the Andretti organization and was signed to drive the No. 14 A.J. Foyt Racing entry. It seemed nuts that Andretti would let him walk (and also just strange to not see Sebastien Bourdais in the car after Bourdais had just returned to full-time IndyCar racing). But Kirkwood’s performance in Long Beach showed why everyone has been so high on the Indy Lights champion. He didn’t do anything flashy, but he took what the day gave him and notched his first Top-10 result in IndyCar.

That finish stands out even further when fans consider the driver that Andretti hired instead of Kirkwood. Devlin DeFrancesco didn’t finish the Acura Grand Prix of Long Beach, and that was after a difficult Texas race in which he was involved in multiple incidents and ultimately hit with an “avoidable contact” penalty. DeFrancesco’s best finish so far is 22nd and he sits at the bottom of the IndyCar championship standings, above only part-time drivers Ed Carpenter and J.R. Hildebrand. It’s still early days, of course, but the evidence so far shows that Coyne got the better end of that situation.

The 2022 IndyCar season continues on Sunday, May 1 with the Honda Indy Grand Prix of Alabama at Barber Motorsports Park. Race coverage begins at 1:00 p.m. ET on NBC.