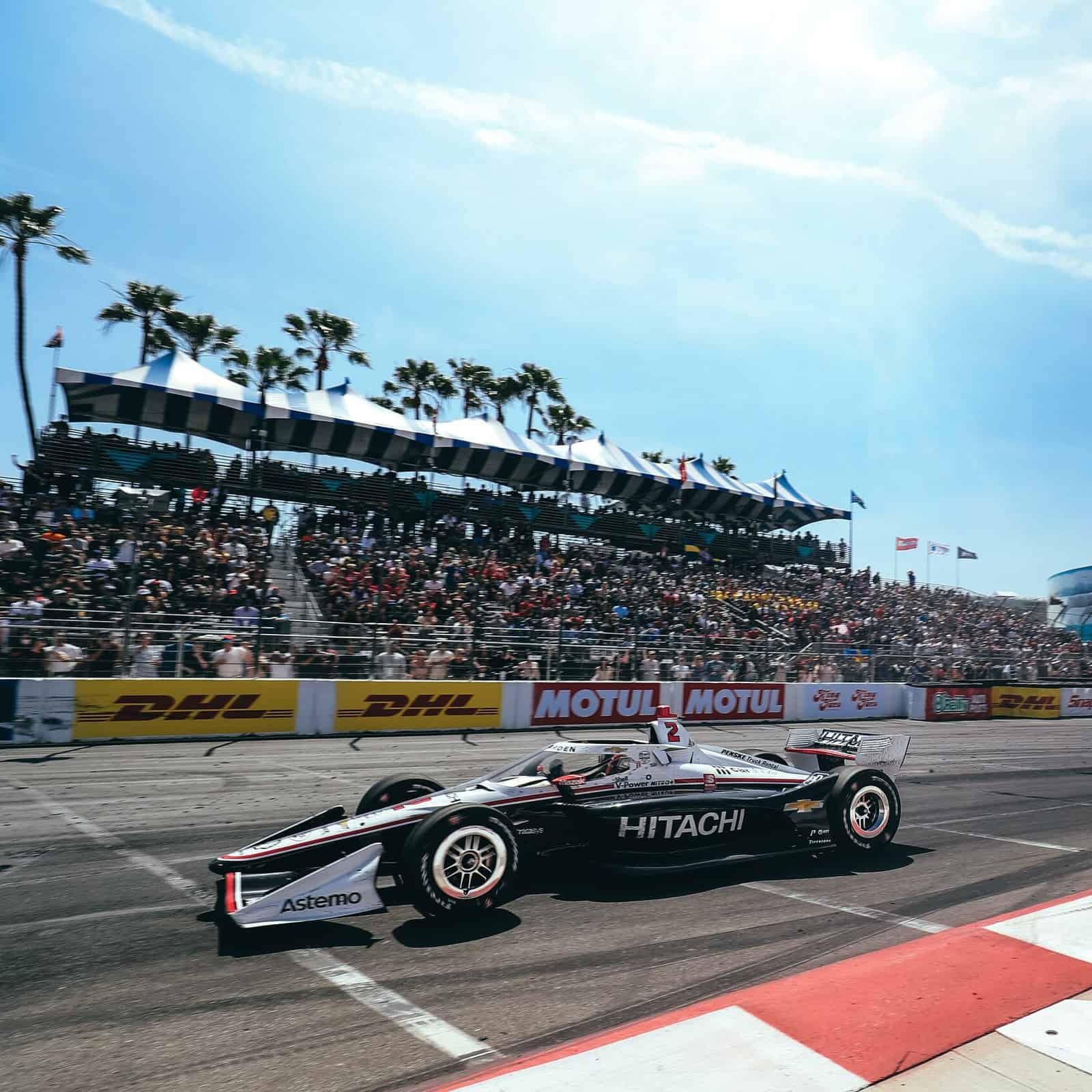 Having a publicly available rulebook that clearly lays out the rules and regulations has been one of INDYCAR’s strongest points as a racing series. Leaving next to no ambiguity in wording helps prevent a situation like what happened at the 2021 Abu Dhabi Grand Prix that ended that Formula 1 season.

Besides preventing social media messes and users drumming up hashtags to try and change the results of a race that had already finished, this gives INDYCAR the ability to tell people that their procedures are clearly defined for the public to see.

This was on display this past weekend in Long Beach during the final round of knockout qualifying on Saturday (April 9). Romain Grosjean was second fastest, pushing hard in the waning seconds of qualifying. Within the final 10 seconds of the session, the No. 28 Andretti Autosport Honda lost grip in turn 5 and went into the tire barrier on the outside of the corner. INDYCAR red flagged the session, stopping it with only two seconds remaining.

By the rulebook (Rule 8.3.8), Grosjean would lose his fastest two laps in that session for causing a red flag and his ability to participate in the rest of the session. By setting only one timed lap of one minute, 5.5055 seconds, Grosjean instead lost just that lap time, firmly planting the former Formula 1 veteran in sixth place for Sunday’s race.

With two seconds left on the clock, there was still an issue. Rule 8.3.3.6 as written in the rulebook states: “Segment Three (3) shall consist of six (6) minutes of guaranteed Green Condition time, with all times from Segment Two (2) having been voided. In the event of a Red Condition, session timing will stop.”

With two seconds to go, the guaranteed six minutes of green flag running had not yet been achieved. INDYCAR implemented Rule 8.3.7.1 to extend the session. The rule as written states:

“If a Green Condition occurs prior to the completion of any segment, INDYCAR may delay the display of the Checkered Flag to allow each Car leaving Pit Lane enough time for one (1) timed lap. Each Car must leave its Pit Box within thirty (30) seconds of the Green Condition.”

Confusion reigned on pit road as some drivers unbuckled themselves and were already out of their cars, assuming the session was over as Grosjean drove back to the pits without his nose and dragging a banner around the left front tire. With Grosjean’s lap time disallowed, Colton Herta’s lap of one minute, 5.3095 seconds was fast enough for pole position, with eventual race winner Josef Newgarden second fastest with a lap of one minute, 5.7550 seconds.

In any realistic sense, a true lap of the gods would have to take place to knock the No. 26 Andretti Autosport Honda off the pole. Bryan Herta told his son what the situation was from the timing stand as Colton stayed in the car. The younger Herta was confused and vented on the radio.

Upon hearing the session would be extended to allow each driver to complete one timed lap if they chose to do so, James Hinchcliffe disagreed on the qualifying broadcast with the session being extended. Townsend Bell found the rulebook and read Rule 8.3.3.6 verbatim on the air.

“So I guess because there’s two seconds left, they didn’t get six minutes guaranteed,” Hinchcliffe said.

“So they’re not making it up as they go, they’re just following the rulebook,” Bell said.

“I guess I retract my statement that I disagree with the decision,” Hinchcliffe replied. “Because it’s not a decision, it’s written in the rules. This wasn’t done for any particular reason other than that’s how it’s written.”

Meanwhile, Newgarden admitted that he might not understand the qualifying stoppage rule well enough but said that he was unlikely to go out to set another lap time, the Tennessee native having already gotten out of his car.

In fact, only Felix Rosenqvist and Alexander Rossi went out to try and set a new best lap. Both were within a small margin of Alex Palou in third place, but Rossi locked up his tires in turn 1 and Rosenqvist was slower by .0701 seconds on his attempt at setting a new best lap time.

Herta admitted his confusion post-qualifying about whether what had transpired was actually in the rulebook.

“I wasn’t really sure what was going on,” Herta said. “I don’t know if that was a loose interpretation of the rulebook or if that’s an actual rule because I had never seen that, so I was surprised that we were sitting there with two seconds left and gave everybody another lap.”

NBC’s Marty Snider did let Herta know that it was actually a rule and it gave clarity to the second-generation racer as the two stood on pit road.

This scenario has put a focus away from the on-track action and onto INDYCAR’s rulebook, distracting people from the achievement of a new track record on a street circuit.

It takes attention away from the a young California racer who was looking to score his second win at Long Beach, especially after catching a lot of heat from Formula 1 fans for comments made about a potential future opportunity in that series.

Herta’s race ended as his damaged car crawled to a stop in the auxiliary pit entry after contact, but the post-qualifying chatter could have had a different angle, and there is a solution.

INDYCAR can create a procedure that if there is a small amount of time remaining (say, under 30 seconds) in the final round of qualifying, race control can ask each participating driver individually if they think the session should continue or just end. A simple majority could be in favor to end, or a 5/6 ending vote could be required to bring the session to a halt.

While yes, all of the teams can choose not to run under the current format, this allows a procedure to be formalized to end the session early. Besides, if a driver has a crash similar to Rosenqvist’s crash in Detroit last year with a red flag lasting one hour, 18 minutes and 36 seconds, would INDYCAR actually keep those two seconds left on the clock for that amount of time as the tire barrier and walls get repaired?

Flexibility allows race control to bend, but not break. Lack of clarity allows for chaos. We have plenty of clarity, but no flexibility.