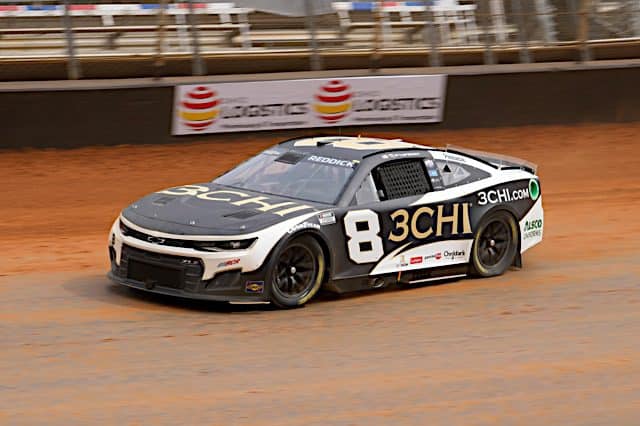 Tyler Reddick paced the field in the first practice session at Bristol Dirt, as he recorded a speed of 89.924 mph around the 0.533-mile oval.

Reddick is still searching for his first Cup Series win after a near-miss at Auto Club Speedway in February. With his dirt racing background, Sunday night’s (April 17) race will be a prime opportunity for him to break through.

Fellow dirt track ace Chase Briscoe had the second-fastest time of the session, while Justin Haley had the fourth-fastest time in-between a Busch brothers sandwich, with Kyle Busch third and Kurt Busch fifth.

For long-run speed, Joey Logano, the defending winner of this race, had the fastest 15- and 20-lap averages in the session.

The second and final session had speeds dominated by Joe Gibbs Racing, with Denny Hamlin recording the fastest lap of the session at 87.218 mph.

Hamlin was within striking distance of the win in this race a year ago, but he was unable to catch up to Logano during the final overtime restart and had to settle for third. Hamlin will be looking to put that loss behind him, and his rebound is off to a good start.

Hamlin’s JGR teammate Kyle Busch followed up with the second-fastest time, while Gilliland was third-fastest; Reddick was fourth-fastest in session two after posting the fastest time overall in session one.

The practice sessions had a fair number of problems for drivers, as Hamlin hit the wall and Briscoe had a flat tire in the first session. In the second session, Larson and Stenhouse hit the wall while Chase Elliott went for multiple spins in both sessions.