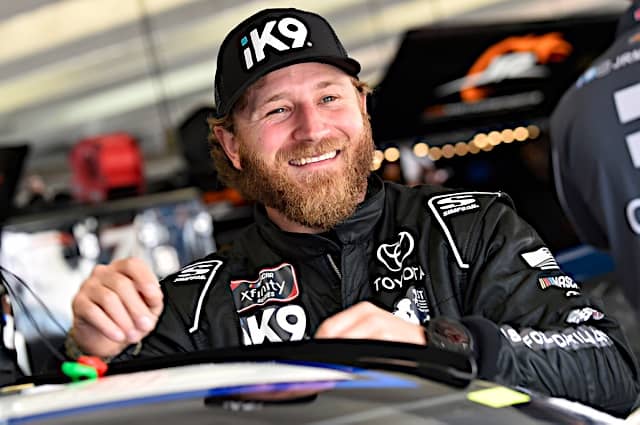 NASCAR on FOX analyst and two-time Daytona 500-winning crew chief Larry McReynolds will be in familiar territory when he returns to the top of the pit box next Saturday (April 23) for the NASCAR Xfinity Series Ag-Pro 300. The Richard Childress Racing No. 3 car will return to the high banks of Talladega with an Earnhardt behind the wheel as Jeffrey Earnhardt, grandson of the late Dale Earnhardt Sr., makes his 136th career Xfinity Series start — and his first with the team his grandfather made iconic.

On FOX coverage during Easter Sunday, McReynolds said he’d never used the word “retired” when he concluded his career as a full-time crew chief in 2000, and that next Saturday will mark only the end of “a long sabbatical.”

He's back on the box! @LarryMac28 will be crew chief for @JEarnhardt1 and the No. 3 team for next week's Xfinity Series race at Talladega. pic.twitter.com/fUO609W3ax

McReynolds and Earnhardt worked together at Richard Childress Racing in 1997 and 1998, and it was in the latter year when Earnhardt scored his lone Daytona 500 victory after 20 years of coming up short. Perhaps the most iconic moment of his illustrious career, the 1998 Daytona 500 was McReynolds’ final Cup Series victory before he concluded his career as a full-time crew chief to join the FOX Sports booth alongside Mike Joy and Darrell Waltrip. McReynolds left the booth in 2015 but remains with FOX Sports as an analyst for its NASCAR broadcasts.

The 63-year-old is still expected to feature in several FOX segments during coverage of the Ag-Pro 300.

i can’t help but think they’re doing this to get butts in the seat for the saturday race(s). first is was jefffery in the 3, an earnhardt back in the 3. now he’s got larry mac, who has been away from the sport for a while and yes, xfinity isn’t the same car as cup, but it’s still not what they were running when larry mac was sr’s crew chief. and on top of it all JR will be in the booth on sunday to help call the race. they’re playing the earnhardt card big-time this coming weekend at ‘ dega.

Congrats to larry mac on being jeffery earnhardts crew chief .what a way bring back some earnhardt traditions .

NASCAR has gone to crap since my hero Dale Sr. died