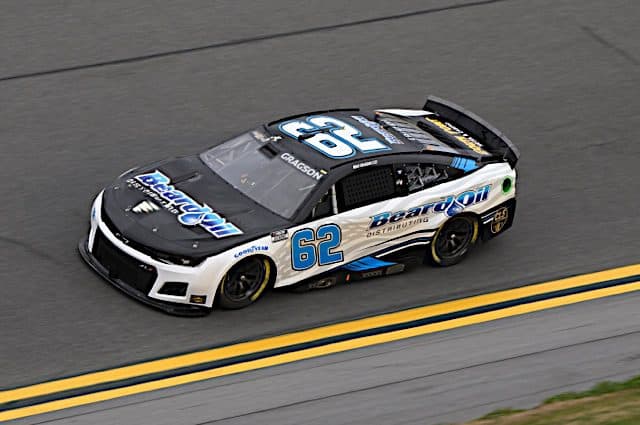 The fast food giant will advertise its $5 Biggie Bag on Gragson’s No. 62 Wendy’s Chevrolet.

“It was awesome to make my Cup Series debut with Beard, and ever since Daytona [International Speedway] I’ve been looking forward to rejoining them at Talladega,” Gragson said in a team release. “We’ve got Wendy’s on board with us as they launch their $5 Biggie Bag promotion and I’m genuinely stoked about it. This is the first time they’ve been on a racecar in almost 20 years and they’re doing it with me. I’m proud of that and proud to have them at Beard Motorsports. Wendy’s has really embraced NASCAR as they’ve gone all in at Talladega.”

Beard will make its second start at the Cup level in 2022, as it typically runs superspeedway races only.

The start will mark Gragson’s fourth of the season, including his second with Beard. Gragson drove for the team in the season-opening Daytona 500. He has made two starts with Kaulig Racing as well, including this past weekend’s dirt race at Bristol Motor Speedway.

Gragson competes full time in the NASCAR Xfinity Series, where he has one win, five top fives and five top 10s, sitting third in points in 2022.