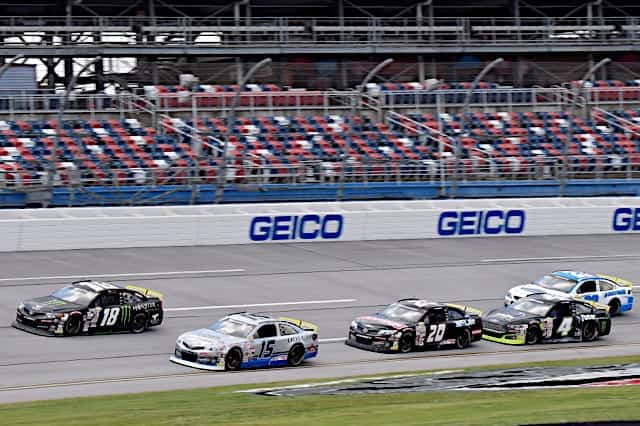 The ARCA Menards Series is going Superspeedway racing for the second time this season when it visits Talladega Superspeedway on Saturday, April 23.

This weekend’s high-banked 76-lap race features 34 drivers on its entry list, with many returning after missing Phoenix Raceway, the season’s second event.

Corey Heim makes his series return for the first time since his win at Daytona International Speedway, coming in the No. 20 for Venturini Motorsports.

Bret Holmes returns to ARCA to race at his home track in his familiar No. 23 Chevrolet.

Gus Dean returns in the No. 55 Venturini Toyota

Thad Moffitt makes his 2022 ARCA debut in the No. 44 Clean Harbors Ford.

Tim Richmond returns in his family’s No. 27 Toyota.

See also
Andy Jankowiak On His Time in ARCA

Max Gutierrez comes back after skipping Phoenix to drive the No. 32 Chevrolet.

Willie Mullins wheels the No. 3 Chevrolet for the first time since Daytona as well.

Eric Caudell returns in the No. 7 Ford after finishing last at Daytona.

Sean Corr will pilot the No. 8 Chevrolet after finishing in the top five at Daytona, then driving the No. 29.

Thomas Praytor will make his first start of the season in the No. 9 Chevrolet.

Richard Garvie makes his 2022 debut behind the wheel of the No. 10 Toyota.

Jon Garrett will wheel the No. 11 Ford in his series debut.

Bryan Dauzat returns in the No. 57 Chevrolet.

Dave Mader III will also make his second start of the year in the No. 63 Chevrolet.

Andy Jankowiak returns in the No. 73 Ford.

Jason Kitzmiller will pilot the No. 97 Ford after missing Phoenix.

Brayton Laster is back in the No. 03 Ford as a teammate to Mullins.

Coverage for the third ARCA race of the season will be live on FOX Sports 1 beginning at 1 p.m. ET.