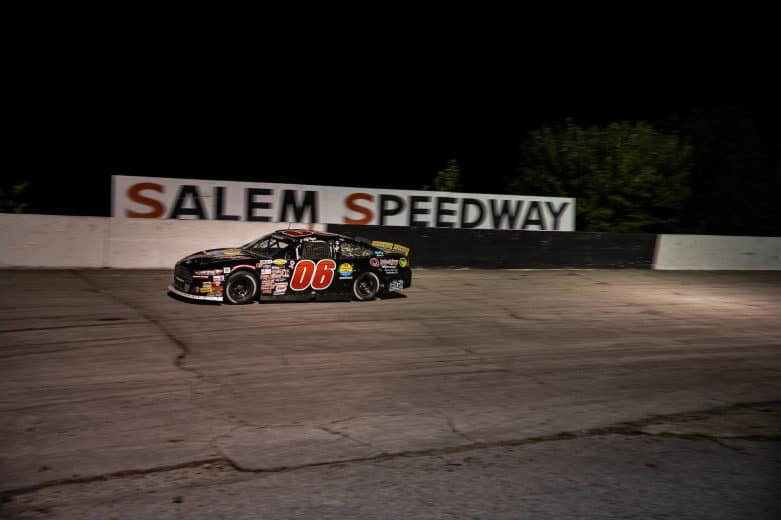 Moyer’s three races will be at Talladega Superspeedway, Salem Speedway, and the season finale at Toledo Speedway.

“My expectations are to do the best we can with the budget we have to work with, it’s a money game as many know how fast can you spend,” Moyer said. “I just want to run all the laps and take the checkered flag with a clean car and get as much experience as possible.

Moyer will drive for Wayne Peterson Racing. At Talladega, he’ll pilot the No. 0 Ford. Moyer’s car number for the other two races is unknown, though the team fields the Nos. 0 and 06 in ARCA competition.

“Talladega has been a lifelong dream of mine personally and I’m blessed to be making it a reality,” he said. “My number 1 goal was always to race at Daytona and I hope next year I’m able to do it in a competitive car to be able to compete up front.”

It’s race week! I’m very blessed to have the opportunity to race at @TALLADEGA with the @ARCA_Racing series it’s been a life long dream, Myself and my Wayne Peterson racing teammate @ZacharyTinkle are going to hammer down for 200 miles!!!💨🏁 LFG! https://t.co/w4ruVLJCrk

Moyer made his ARCA debut at Toledo and finished an impressive ninth place. He then competed at Salem and finished 24 laps down in 15th place.

“I chose Toledo last year for my ARCA debut to tribute to my father Larry Moyer on the 40th anniversary of his 1981 ARCA championship,” Moyer said. “He won his first race with the series at Dayton, OH almost 40 years to the day I made my debut in the series. My father was born in Fort Wayne, IN; that’s the reason for wanting to run Salem, IN a home state tribute to him.”

Larry Moyer won the 1981 ARCA championship on the strength of a victory at Dayton Speedway.