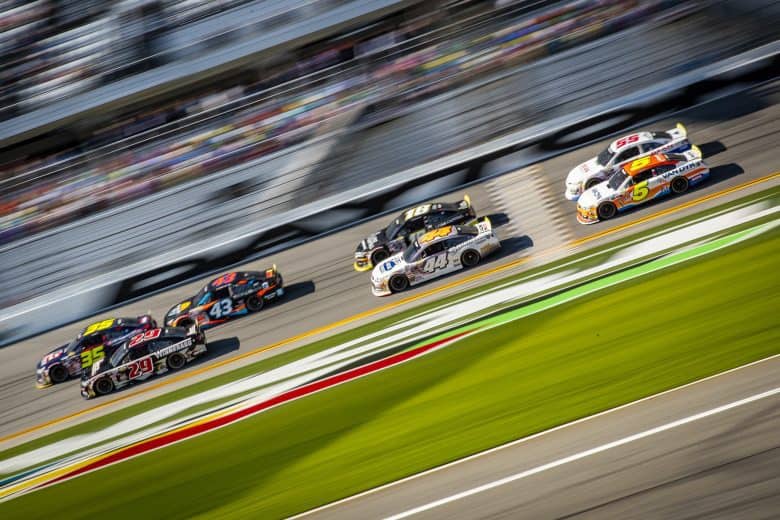 It’s been nearly four years since NASCAR bought the ARCA Menards Series, and if 2022 is any indication, it seems like things are finally looking up for the stock car series.

The next year, 2020, marked the move of NASCAR’s regional East and West series, formerly with K&N sponsorship, under the ARCA umbrella. And at Daytona, the car count fell to 33, while a combined 24 entries came to Phoenix Raceway between the main ARCA circuit and a few additions from the West side. At Talladega, just 21 cars took the green flag.

And now, in 2022, numbers are up yet again. This year’s season opener at Daytona garnered 36 cars, and the West combo at Phoenix sported the largest ARCA field in many years at 39. This weekend at Talladega, 34 entries are currently scheduled to start the event, barring any entry list changes.

Daytona’s 36-car field marked the biggest entry list for the series at the superspeedway since 2018, when 39 drivers ran the event. For Talladega, meanwhile, one must go back to 2017, when 36 teams showed up for a race won by Justin Haley.

But car count doesn’t necessarily make too much of a difference, right? How many of them actually have a chance to win?

Well, for starters: of course car count is important. Even if the teams that are showing up, either for the first time (such as Bryce Haugeberg‘s family-owned organization) or in an expanded schedule over previous seasons (see: Greg Van Alst, Brian Kaltreider), it’s difficult to spin a heightened interest in the series as a negative. Crowds beget crowds, right? The more interest in a series there is, in theory the more prospective racers or team owners look at it and say, “shoot, am I missing out?”

It’s a good time for competitive teams, though. 2021 was a bit iffy, what with Ty Gibbs and Corey Heim combining to claim 17 of the 20 races. In 2022, there are three full-time Venturini Motorsports entries, with an occasional fourth joining the fray (such as this weekend with Gus Dean in the No. 55). The No. 18 is back, albeit under a new banner with the transition from Joe Gibbs Racing to Kyle Busch Motorsports. GMS Racing has a full-timer in Daniel Dye, and Rev Racing’s got both Nick Sanchez and Rajah Caruth on track, the former grabbing one of the only 2021 wins not by Heim or Gibbs. Up-and-comers like Amber Balcaen with Rette Jones Racing, a part-time main-series team last year, and Van Alst are also making strides.

Compare that to 2021, when there were really only six full-time teams with pronounced pace — and even then, Gibbs and Heim still often ran away with lead more often than not. Heim may have been the victor at Daytona to start 2022, but Phoenix saw Taylor Gray grab a win for David Gilliland Racing, and the aforementioned KBM, GMS, Venturini and Rev were also factors that day, as was a few of the West competitors.

And speaking of West, it’s racing this weekend, too, contesting its third event of the season at Kern County Raceway Park. Its entry list currently boasts 20 cars for a series that seems to be on an incline, too; after managing 20 or more entries for just one race, its Phoenix finale, in 2020, over half of the nine-race 2021 schedule drew 20 or more. That’s also an increase over 2019, the final year under the K&N banner, with four of its 14 races featuring 20 or more cars, while 2018 managed it in five out of 14 (in 2017? All but one).

Strides still need to be made, certainly. A good chunk of this weekend’s Talladega entry list still probably won’t have much of a chance at visiting victory lane unless they can somehow keep the main draft and get a hell of a push on the last lap. Future main-series events will be telling in that regard, too; it’s expected the overall entry list number will take a tumble once the circuit rolls into Kansas Speedway next month, though if it can best 20 entries (2021’s number), that’ll continue the trend of increasing car counts for the season.

And all of this is to say nothing of West’s counterpart on the East Coast, which has remained fairly stagnant so far; 16 cars entered the season opener at New Smyrna Speedway, the same as in 2021, and the follow-up at Five Flags Speedway saw a minor increase of 15 in 2022 vs. 13 in 2021.

But on the whole, ARCA seems to be experiencing signs of a slight revival in 2022 — one with more competitive teams (let alone more teams at all) and altogether better racing as a whole. Post-Talladega will be the true test, but if the first three races of the season are any indication, the feeder series is primed to make its name heard in the NASCAR and stock car ranks in the coming years.