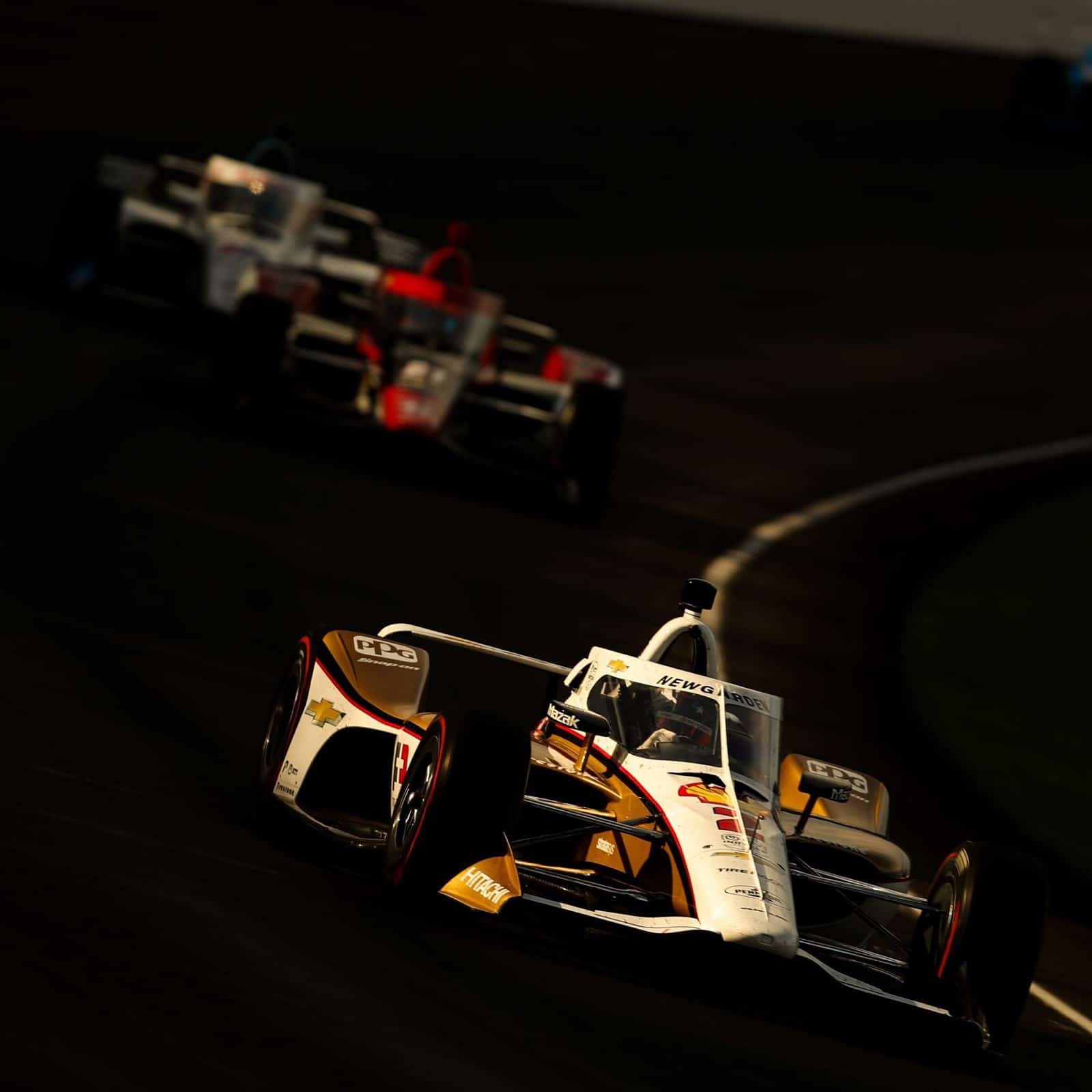 INDIANAPOLIS — Days after the birth of his son, Josef Newgarden went fastest in the final day of two-day open test at the Indianapolis Motor Speedway ahead of the 106th running of the Indianapolis 500.

Newgarden’s No. 2 Team Penske Chevrolet went around the two-and-a-half mile oval at an average speed of 229.519 mph. Newgarden’s pace comes on the heels of two consecutive wins at Texas Motor Speedway and on the streets of Long Beach with the next NTT IndyCar Series race coming up at Barber Motorsports Park on May 1st.

“It was very productive,” Newgarden said. “Once we got into the swing of it, we were really making a lot of progress on our race car, specifically, which I was happy about. I really wanted to get into some race work this afternoon and we spent a lot of the time doing that, probably the majority of it. So it was a positive test for us.”

“We’re a new team as far as my car,” Kanaan said. “We had to just get everybody together in the groove. Obviously the guys are working with me, I mean half of them worked on my No. 10 car when I was at Ganassi. We just took it easy. We did a lot of race work, like everybody else.”

Johnson finished sixth at the previous oval race at Texas Motor Speedway and was part of a five-car assault for Chip Ganassi Racing that ended up with all five cars in the top 10 positions. Johnson did have a few minutes on top of the speed charts but did go down the list as the session went on.

“I think we’re all paying attention to that pylon,” Johnson said. “We’re all trying. As long as the session is green, we’re all trying to be the fastest car out there. When any car was on new tires, people were trying to create a gap, trying to put up a fast lap time.

“I think our cars do have a lot of speed. For myself, it was really just trying to understand how to get that gap and pull up to the group in front of you, pop off a lap.”

The field turned 3,267 laps in an incident-free session, which was a welcome change after yesterday’s on-track incidents.

On the first day of the open test, the warmup lane exiting the pits did not have as much grip as the track surface and several drivers were caught out. 2016 Indianapolis 500 winner Alexander Rossi spun as he exited turn 1 in the warmup lane for the first time. Meanwhile, four-time Indianapolis 500 winner Helio Castroneves spun in the warmup lane in turn 2, hitting the outside wall with the right side of his car, forcing the Meyer Shank Racing team to bring lsat year’s winning car back to their Ohio shop to fix the damage, eliminating the No. 06 from the session.

Those two incidents plus 2018 Indianapolis 500 winner Will Power’s spin in the turn 1 warmup lane that also involved Colton Herta prompted IMS to work on increasing the grip in that warmup lane which had a sealer put on it for the winter and had almost no cars running on it before the open test began.

The treatment worked, but additional feedback will be sought to determine what action IMS will take. Practice for the Indianapolis 500 begins May 17th with the race itself on May 29th.

Top 10 of the second day of testing: