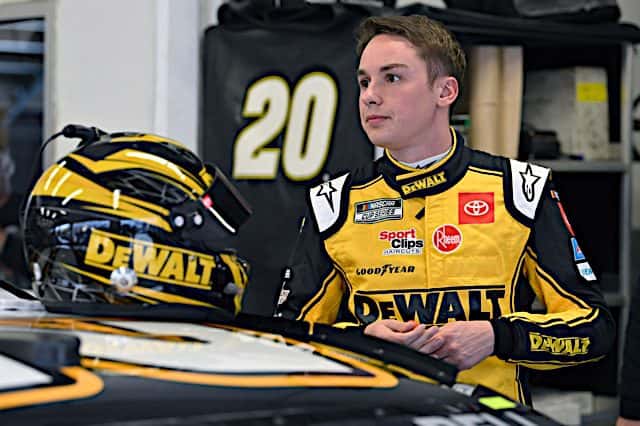 Bell and Truex swept both rounds of qualifying, clocking in the final round at 180.928 MPH and 180.652 MPH, respectively. After pacing the field in round one, it briefly looked like they’d play second fiddle to Daniel Hemric, who made a strong bid for Kaulig Racing’s first Cup pole position. But Hemric wound up third as Bell and Truex each picked up at least two-tenths of a second from their round one qualifying time.

Since 39 teams were entered for a 40-car field, no one failed to qualify. Landon Cassill was the only driver not to complete a qualifying lap as his No. 77 Spire Motorsports Chevrolet failed inspection three times. That means Cassill will need to serve a pass-through penalty under green after the start of the race.

Qualifying doesn’t mean ANYTHING at Talladega or Daytona and now Atlanta.