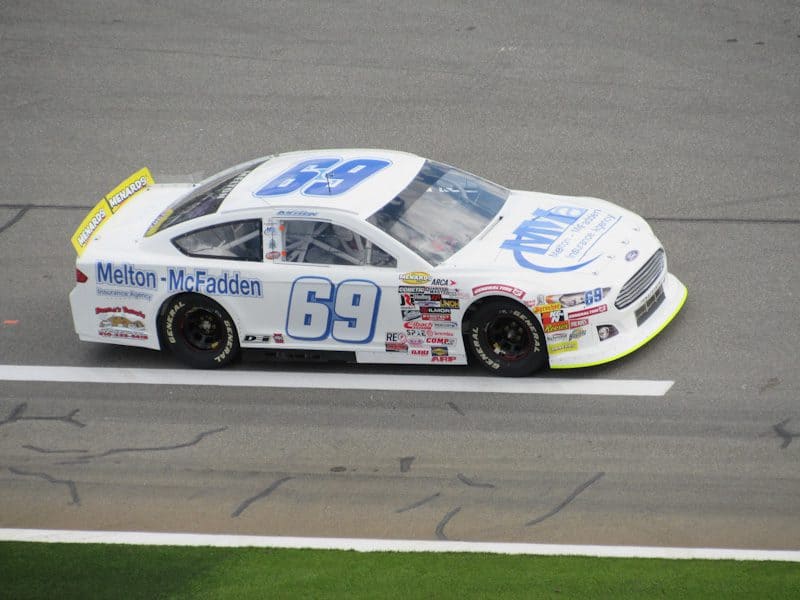 In his second race of the 2022 ARCA Menards Series season, Scott Melton suffered injuries in a vicious crash during the General Tire 200 at Talladega Superspeedway. As a result, Melton was transported to a local Alabama hospital on Saturday (April 23) for further evaluation.

On lap 48, Richard Garvie hooked Toni Breidinger. The ensuing calamity collected a number of drivers running mid-pack. Eric Caudell’s No. 7 spun into the infield, then the car careened back onto the track right in front of Melton.

Richard Garvie gets airborne during a huge ARCA crash at Talladega. pic.twitter.com/BYKuARfnso

Although Melton lowered his window net, signaling to the medical staff that he was OK, he could not exit the car under his own power. As a result, track officials were forced to extricate Melton from his No. 69 vehicle.

The roof is off Scott Melton's car and safety crews are now working to extract him from the vehicle pic.twitter.com/nAJsp7ZNco

Track officials placed Melton onto a stretcher, then loaded him into the ambulance. Melton appeared to be fully conscious and alert, giving a thumbs up to the crowd before entering the ambulance.

Melton was taken to the infield care center, then airlifted to a local hospital with undisclosed injuries.

Scott Melton has been airlifted out of @Talladega for further evaluation.

Melton appeared to be moving as he was stretchered in. More updates to come. @ARCA_Racing | #GeneralTire200 pic.twitter.com/m1up0PSwN4

Afterward, Kimmel Racing told Catchfence co-owner Chris Knight that Melton is in stable condition at a local Alabama hospital. As a result of the crash, Melton suffered a compound fracture in his left leg.

Melton offered a Facebook update Saturday afternoon with more specific information. He is scheduled to have surgery on the leg Sunday morning, then fly home for rehab and recovery.

This article will be updated with further information.

I’m sorry but ARCA should not be allowed to race at Daytona or Talladega. Not enough good equipment or experienced drivers to make it safe for the field.