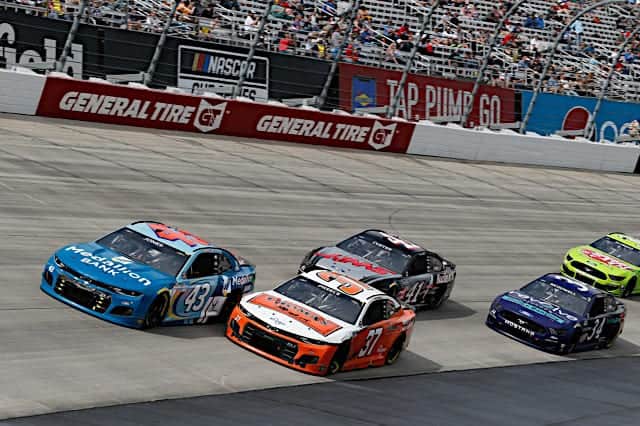 The NASCAR Cup Series heads north this weekend to compete at Dover Motor Speedway in its annual 400-lap event at the Monster Mile.

A total of 36 teams have entered in the event on the high-banked concrete oval, which means all drivers entered on the entry list will automatically qualify for Sunday’s (May 1) race.

Ryan Preece is among those 36 drivers. His appearance on the entry list means this weekend will be the first Cup Series start of the season for the 31-year-old Connecticut native. His 2022 debut is with the No. 15 Rick Ware Racing Ford.

See also
5 Points to Ponder: No One Is Talking About the Most Popular Driver in NASCAR

AJ Allmendinger is returning after a two-week break from Cup Series racing for Kaulig Racing’s No. 16 entry.

Josh Bilicki also makes his return to his usual No. 77 Spire Motorsports Cup ride after last competing at Martinsville Speedway in early April.

Green flag for the 400-miler is set to be live on FOX Sports 1 with coverage beginning at 3 p.m. ET.