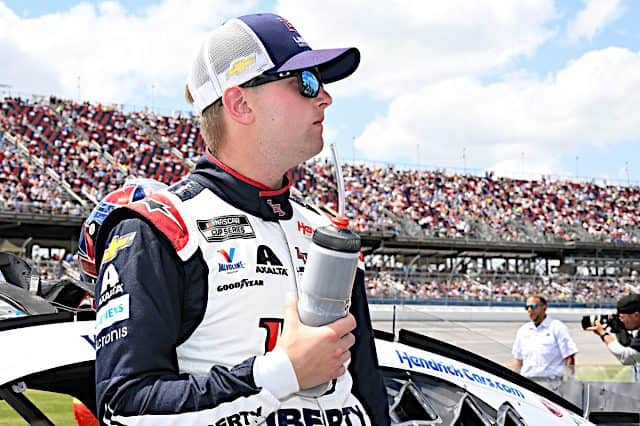 Elliott will return to compete for JRM for one race at Darlington Raceway for throwback weekend on May 7. It will be his first scheduled Xfinity entry since 2019 at Daytona International Speedway and first start since filling in for the injured Michael Annett last year at the Indianapolis Motor Speedway road course.

Byron will make two starts for the same organization with which he won four races and the Xfinity championship with in 2017. The 24-year-old will compete in the No. 88 at Texas Motor Speedway on May 21 and New Hampshire Motor Speedway on July 16. It will be Byron’s first start in the series since 2017.

Larson, who has one start with JRM in the NASCAR Camping World Truck Series in 2015, will race at both Watkins Glen International on Aug. 20 and Darlington Raceway on Sept. 3. It will be the defending Cup champion’s first Xfinity start since 2018.

The No. 88 JRM team was originally planned to make four starts this year, with both Miguel Paludo and team owner Dale Earnhardt Jr behind the wheel. Paludo earned the team’s only top 10 in 2022 at Circuit of the Americas, when he finished ninth.