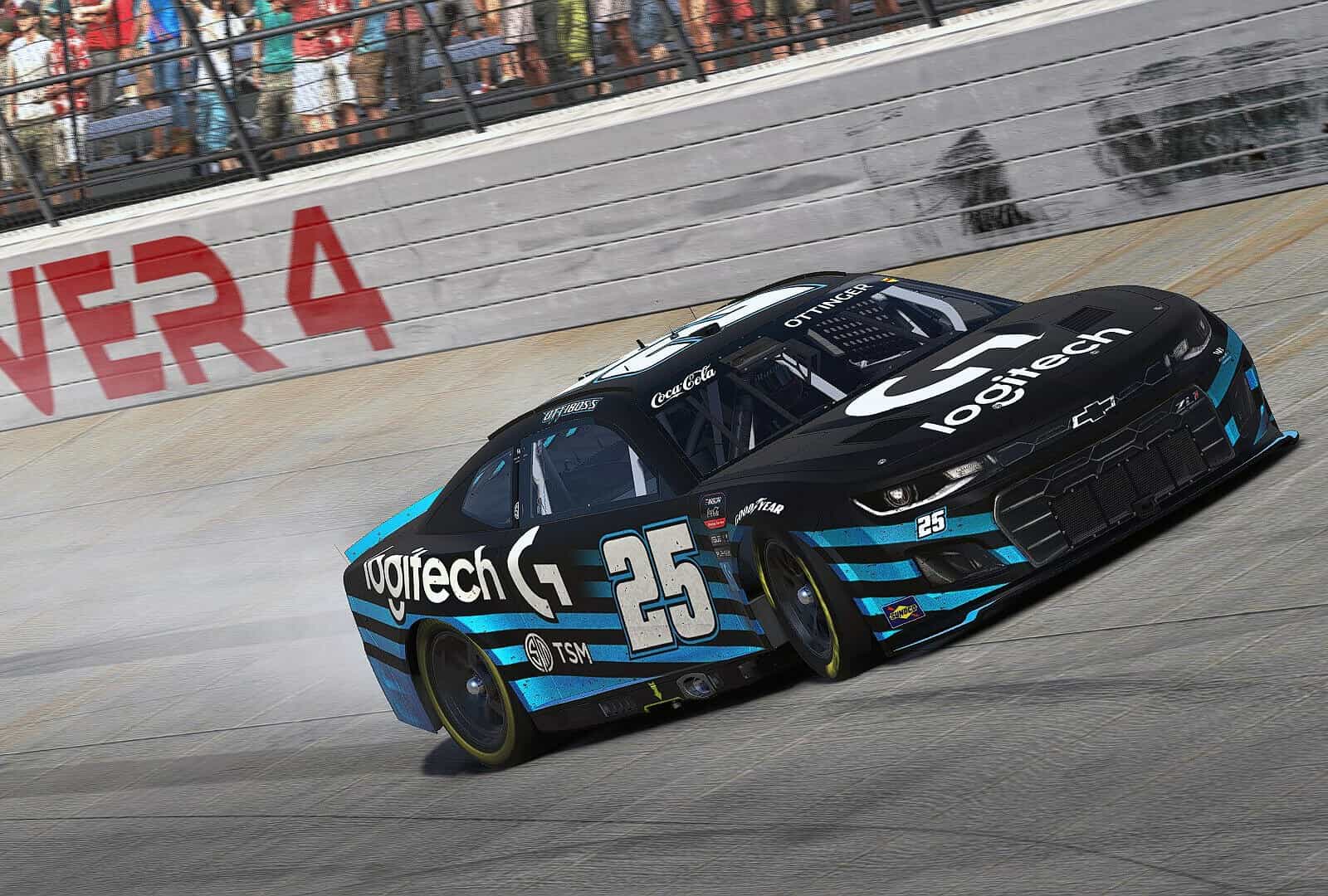 Round Six of the eNASCAR Coca-Cola iRacing Series season went to Nick Ottinger as he took the checkered flag at Dover Motor Speedway on Tuesday night (April 26).

The win was Ottinger’s second in a row, winning two weeks ago on the virtual Bristol Motor Speedway dirt.

“Makes me want this great run not to end,” Ottinger said. “Appreciative of my crew chief — I’m just happy at the end of the day.”

Ottinger started from pole, the fourth time he has done so in six races so far this year. The 2020 Coke Series champion is off to a great start, and Tuesday, he flexed some more muscle with another win on the season.
For the most part, the racing was clean, minus a rash of cautions to start and end the race. The biggest incident of the night took place on lap 25 and included Logan Clampitt and Kollin Keister, who both went flipping wildly down into turn three on a restart. Both drivers were done for the night after that catastrophe.
The aerodynamics of the cars have changed quite a bit compared to what they had been at Dover the last few years. Matt Bussa, who started from the outside pole, said before the race that cars were getting much looser over a run compared to years past when they would get tight. That was one reason why there were several wrecks early on, but these cars still proved to be extremely racy at a track like Dover.
While Zalenski took over the race lead with just under 30 laps to go, pit strategy became important near the end. Michael Conti led almost half of this race but pit with 29 laps to go in order to hopefully get some sort of an advantage. But a caution with 20 laps to go ruined all hope for Conti.
The caution set up a dash to the finish, and more strategy came into play. Zalenski was wrecked out with five laps to go, relegating him to a poor finish.
Ottinger got out front with a two-tire call and never looked back after many cautions near the end, scoring his second victory on the season.
Corey Vincent, Steven Wilson, Femi Olatunbosun and Zack Novak rounded out the top-five finishers tonight.
The next race for the Coke Series will take place in two weeks (May 10) at the virtual Kansas Speedway. Coverage begins at 9 p.m. ET on eNASCAR.com or Twitch.tv/iRacing.