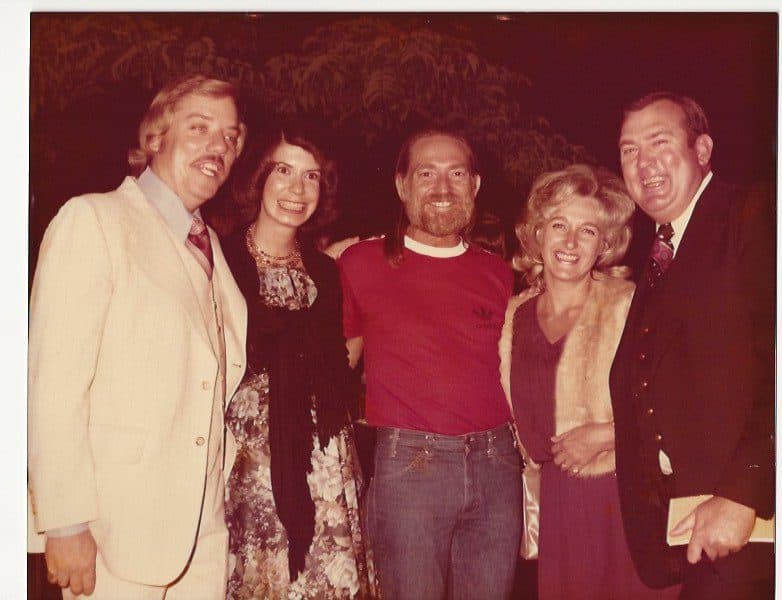 Certainly one of the most memorable events in NASCAR history occurred on July 4, 1984.

The Firecracker 400 at Daytona International Speedway ended with one of the most exciting finishes ever as Richard Petty defeated Cale Yarborough by a bumper length.

It was the 200th, and last, career victory for Petty.

As significant as that is, what made the race even more memorable is that it was seen by President Ronald Reagan, who had flown into Daytona on Air Force One.

American presidents haven’t had a great deal to do with NASCAR … well, only when it served them politically, so to have one actually attend a race was unique.

And in Reagan’s case, it was more than just attendance. Reagan gave the command to fire the engines at 10 a.m. by telephone from Air Force One.

The plane landed at 11:36 a.m., and Reagan arrived at a VIP suite in time to watch the last 30 minutes of the race and be interviewed by MRN’s Ned Jarrett.

After the race, winner Petty joined Reagan in the VIP suite to be congratulated, and later the president joined all competitors for a fried chicken dinner in the garage area.

As special as that day was, it wasn’t the first time that a president had interacted with NASCAR for something other than a campaign visit.

And that president did not come to any NASCAR facility. He invited NASCAR to the White House.

Before he won the presidency in 1976, Jimmy Carter was known as a peanut farmer with keen political knowledge and skill.

By the time he became governor of Georgia, everyone in the state — and beyond — knew he was a stock car racing fan.

He knew his NASCAR, its competitors, events and history. He showed up at several races, mostly in a campaign mode, but he rarely failed to spend some one-on-one time with individuals, many of whom were invited to gatherings at the governor’s mansion.

Before the 1976 election, in which Democrat Carter was matched against Republican Gerald Ford, Carter made a campaign promise: If he won the election, he was going to invite NASCAR to dinner — not just a few of its members, but as many as he could cram into the White House.

Now let’s be honest: All politicians make promises. Not all of them are fulfilled.

So, it should come as no surprise that two years after he was elected, no one from NASCAR had heard anything about a dinner and had pretty much written Carter off.

I was working at the Roanoke Times at the time. I and several of my sports writing colleagues were members of a bowling league that held its matches every Tuesday.

Sounds pedestrian, I know. Usually, the image of sports writers at their own social gathering consists of a poker game in a smoky room with plenty of booze on hand (at the time, that was true).

One Tuesday, I was bowling when a voice boomed over the public address system: “Telephone for Steve Waid at the front desk!”

What the heck? Who is phoning me at the bowling alley?

I admit that as I walked to front desk, I got a little anxious. Of course, Margaret knew I was here and maybe it was an emergency.

So I was almost breathless when I answered the phone.

I didn’t immediately answer. White House? Who the hell was trying to pull off this prank?

“Could you repeat that?” I asked.

“Yes. This is the White House, and President Carter would like to know if you would attend dinner two weeks from now?”

If this was a prank, it was a masterful one. But then what if it wasn’t? If this was the White House, it was proof indeed that Big Brother had been watching me.

That said, I couldn’t resist.

“Could I ask how it is you guys found me at a bowling alley?”

I told my friends at the bowling alley what had happened; that I was going to be a dinner guest at the White House.

“Yeah, and I’m going to Buckingham Palace over the weekend.”

“You mean the White Castle and not the White House, right?”

“What? They need a busboy?”

The evening of the dinner saw a big crowd of NASCAR folks — consisting of drivers, owners, crew chiefs, a couple of media guys and NASCAR officials including President Bill France Jr. — descended upon the White House lawns.

They were greeted by a massive buffet spread consisting of country ham, turkey, beans, other hot vegetables and cornbread. It was all the good stuff Grandma used to make.

The Marine Band played from the porch and show cars from Petty Enterprises, the Wood Brothers and Junior Johnson, among others, lined the large oval driveway.

“You know,” David Pearson said to me, “We got us a nice 4/8ths mile track here. We oughta fire the cars up and see what we can do.”

After dinner, we were treated to music from Willie Nelson and his band. It was kind of fun to listen to “Up Against the Wall, Redneck Mother” at the White House.

Carter could not attend because he was in meetings with Israel’s Menachim Begin and Egypt’s Anwar Sadat to establish peace in the Middle East.

It was up to Carter’s wife, Rosalynn, to see that all went well and everyone had a nice time. She did a good job, even getting Nelson to perform beyond his slotted time.

Now I am sure White House security then was not nearly as rigid as it is now. As such, we were allowed to roam. No one stopped us from going from room to room.

Which we did. I have never seen a more opulent setting.

Petty and I walked into the most elegant bathroom either of us had ever experienced. However, what stood out most was a bright red telephone an arm’s reach from the toilet.

“Now what do you suppose that is for?” I asked Petty.

“It’s probably a hot line to Moscow,” he answered.

“Let’s pick up the receiver and see.”

When everything was over, all of us realized we had been part of something special. At no other time had NASCAR been recognized, and celebrated, by a higher entity than the President of the United States.

I certainly was pleased to have been there.

Upon retrospect, however, I was more pleased that I didn’t touch that red phone receiver.

That’s awesome! Thank you for telling us this story.

You can hear Ray Wylie Hubbard (the writer of the song) sing “Up Against the Wall (Redneck Mother)” anytime you’re down in Texas. He’s in his 70’s, but that’s young compared to Willie!