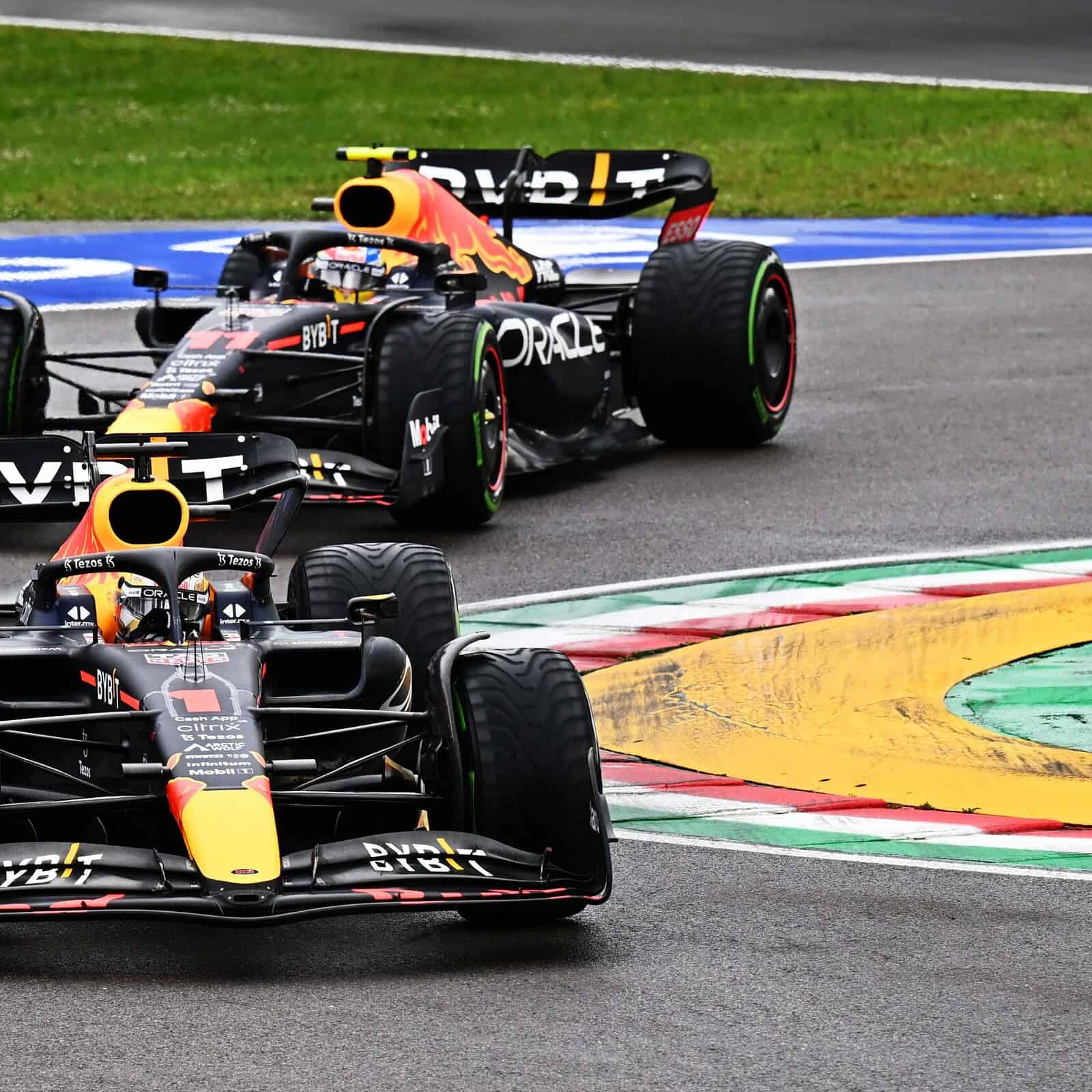 This season, Formula One has continued to grow in North America.

The series is now almost routinely one of the top shows on cable for the entire week when it comes to the 18-49 age demographic, after counting out the NBA playoffs and a few other select programs like 90 Day Fiancé (which does gigantic numbers for women in said demo). We’re slowly starting to see the effects of this now years-long bump, such as a NBC Sports column where Kevin Harvick lamented on how popular the series has gotten with his son and his friend group.

The series has also benefited greatly already from the larger American audience. Next weekend will mark the debut of the Miami Grand Prix, a huge new course that has ticket prices in the thousands. And in addition to Miami and the recent re-signing of Circuit of the Americas to a multi-year deal, next year will mark the re-debut of the Las Vegas Grand Prix after decades away, with the course zooming around all sorts of landmarks on the famous Las Vegas Strip.

The big question now, however, is the future of the series on television.

Formula One Management is currently paid $5 million annually by ESPN to show Sky Sports’ commercial-free coverage of every single F1 race. The deal has paid off with major dividends for both parties. F1 is now televised on the strongest cable network with a reliable broadcast network partner for a handful of races in the Americas, while ESPN is spending virtually nothing for a big property that can serve as a strong lead-in for their Sunday morning programming.

With the contract coming due this year, however, a number of suitors have thrown their hats into the ring.

.@F1 is in the market seeking upward of $75 million per year for its U.S. media rights, which would be a big increase from its current @ESPN deal worth around $5 million annually, per @Ourand_SBJ.

🔳 F1 may allow ads if it gets a high enough rights fee. https://t.co/YahMbFfFw8

So here’s the issue with a company dropping $75 million on F1. While that is reflective of their newfound value as a television property, who is broadcasting them and how they do it will prove crucial in this next stage of development for the sport’s American audience.

The reality is that F1 needs continue to nurture fans through popular decisions made by the series in order to justify three races in America. Taking $75 million and turning the advertisements on for whoever gets the next TV deal would be a huge financial boon in the short term. But are fans really going to stay around if the broadcast becomes actively worse? And if it’s not with ESPN, on a worse channel?

Because Frontstretch is a NASCAR-focused website, I do need to mention here that NASCAR was at a very big disadvantage this weekend because they were going head-to-head with the NBA playoffs, which doesn’t skew as young as F1’s audience but does absolutely monster numbers in the demo. But that’s not the point I’m trying to make here.

The reason why television and advertisers care so much more about the under-50 demo than they do the 50-and-over demo is because of routine. Many of those older fans have been watching NASCAR for many years because it’s there every Sunday. By comparison, those younger fans are newer and are much more fickle with their television habits.

Think of it like watching a ketchup commercial. Let’s say I’m a viewer over 50 (not true), and I love Heinz ketchup (true). I’ve had Heinz my entire life and have no interest in trying anything else or new. But somebody younger than me, who has no allegiance to the brand, might see a commercial for Hunt’s ketchup where they claim to be better tasting and better for you than Heinz. The younger viewer would be far more inclined to try this newfangled ketchup than me.

That’s the issue with F1; the audience is still not established yet into a set routine. It’s a great problem to have because everybody wants to be involved, but the reality is making the product actively worse could well drive these younger fans not to watch.

There has been a ton of controversy over the decades with NASCAR and their decision making. But, when looking at overall viewership, they are still far and away the number one race series in the country because it is a decades-old routine at this point, generation-to-generation.

And we haven’t even gotten into F1TV Pro! For just $80 a year under the current ESPN deal, American fans can cut the cable cord entirely and stream everything F1 on the F1TV service, with an exclusive non-Sky English stream (in addition to a separate Sky stream), a data channel, a driver track channel and onboards of every single driver in the field, all of which are live for every race.

The model is a strangely revolutionary way to watch sports in this country, as even deals such as MLB.TV or NBA League Pass still have local blackouts, and at an extremely affordable price. Any TV deal agreed to by FOM should allow F1TV to stay available in America, as its rise on cable has not been hampered whatsoever by its presence.

If you wanted to tie this situation to a team’s sporting fortunes, just look at Haas F1 Team. If the Russian invasion of Ukraine had not happened, Nikita Mazepin would almost certainly still be driving thanks to an enormous sum of money paid by his father’s company. It’s extremely likely the team would still be without points.

Instead, the release of Mazepin has completely rejuvenated the organization with Kevin Magnussen stepping in and finishing in the points three times this season already. The team also seems just happier in general compared to last year. So they aren’t going to make as much money this year. Who cares? They’re a completely different organization now, seemingly improved without this black cloud hanging over them. They’re now in line for big sponsorship opportunities as the lone American team running F1.

FOM should almost certainly ask for and get more money in the new American media rights contract. But they should not circumvent how they have gotten here already for gains in the short term. Continuing forward in largely the same form and fashion in America with a similar TV deal from ESPN in 2023 and beyond would be beneficial down the line, for both FOM and this brand new fanbase.

I am not sure I agree with the writer’s premise that F1 does not have an older fan base like the +50 group watching NASCAR. F1 has been around a long time in North America with races at Watkins Glen, Long Beach, Detroit, St. Petersburg, Sebring, Las Vegas, Riverside, Phoenix, Indianapolis (if you want to call that a Grand Prix), Dallas, and Austin in total more than 40 US Grand Prix events at numerous different permanent and temporary tracks.

I state all this to say that F1 racing is indeed experiencing growth with younger markets but there is an older segment that has been watching for literally years… and attending races. I, for one, watch SkySports coverage faithfully and hope some kind of hybrid model can be built. And there is one glaring error… the coverage that is now commercial free is paid for on ESPN by Mother’s Automotive Products. They have a major ad at the beginning and end of each race with a “live” read-in.

So let’s not say that F1 audiences are the for the younger set. Some of us have been around for years and haven’t gone away. Don’t count us out!

How can NASCAR expect to attract new fans when their adoption of the chase, stage racing, spec cars, and diversity has made them unwatchable to many of their most loyal longtime fans? F1 is on the rise in the US because they don’t have stoppages for fake drama or for commercials and because the technical competition is as interesting as the driving competition. Go back and watch a NASCAR race from back when they had cameras all over the cars and they discussed what the teams were doing to innovate and compete each race. The stands were full then.