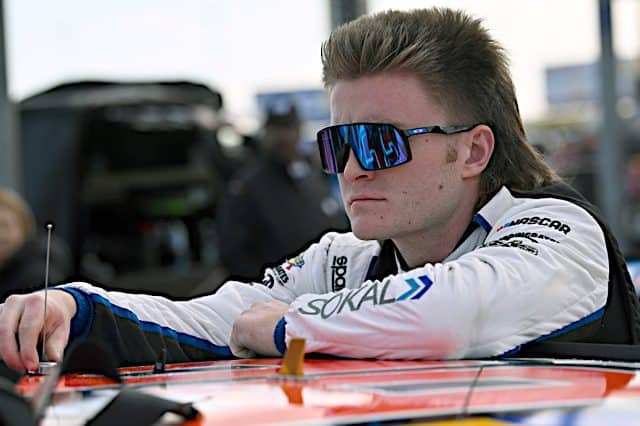 Stefan Parsons has joined Alpha Prime Racing in the NASCAR Xfinity Series for most of the rest of the 2022 season, APR announced April 27.

Parsons is slated to debut for the team at Texas Motor Speedway on May 21. His car number was not confirmed.

According to APR’s release, Parsons will join the team for a “majority of the remainder” of the season. The number of races was not disclosed. Sokal will sponsor the effort in most of the events.

“We’re pleased to have Stefan join our team,” APR co-owner Tommy Joe Martins said in a team release. “He has shown exceptional speed this season and we’re so excited to have him drive for us. This is the most competitive season we’ve seen in the NASCAR Xfinity Series in many years, and it’s more important than ever to have a fast driver in the seat. I look forward to the future of Alpha Prime Racing with young talent like Stefan.”

Parsons added races to his 2022 schedule after his full-time ride with BJ McLeod Motorsports in the No. 99 was reduced to a part-time role.

“Joining a new, exciting organization like Alpha Prime Racing gives me a lot to look forward to,” Parsons said. “I still have some unfinished business in the No. 99 Chevrolet and I will forever be grateful for the opportunity. This new chapter with Alpha Prime Racing is going to be a great one, too.”

Parsons is entered this weekend at Dover Motor Speedway in BJMM’s No. 99. In seven 2022 starts, he has a best finish of 21st, coming twice at Phoenix Raceway and Circuit of the Americas.