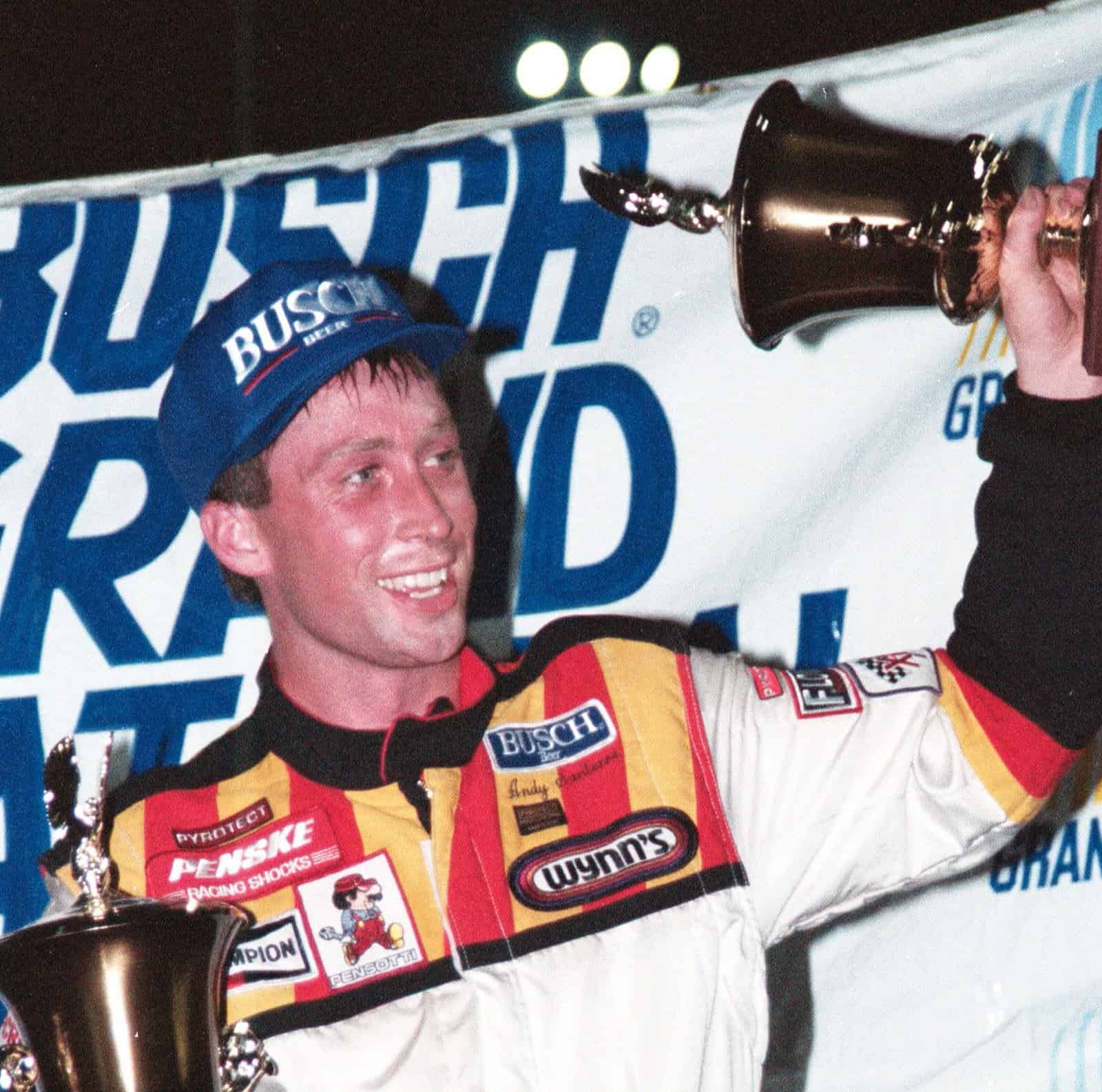 Watching an ARCA Menards Series East race these days, it seems like many of the drivers and teams are cut from the same mold. The winning teams are owned by NASCAR national series owners; the last four champions’ teams have been owned by Coy Gibbs (son of NASCAR Cup Series owner Joe), Maury Gallagher (of GMS Racing) and David Gilliland (David Gilliland Racing in the NASCAR Camping World Truck Series).

Recent seasons have been watered-down affairs; the schedule is short and so are the fields. In 2021, just six drivers competed in all eight races on the schedule. The schedule has shrunk from 20 or more events to 10-15 to just seven this season.

But it hasn’t always been this way.

From its beginning as the Busch Grand National North Series in 1987 (it evolved from the NASCAR North Series but is considered its own separate entity) until the mid-2000s, it was a thriving series in its own right. The name changed to Busch East in 2006 as the series expanded southward, and underwent a series of sponsor changes afterward.

Until that expansion, the series wasn’t the feeder series it later became. Logano’s title in 2007 marked the series’ major shift from an independent series that sometimes saw drivers graduate up the ranks to a starter series for Cup teams’ development drivers. A series lifer, Matt Kobyluck, won the ’08 title for the last time before the development model took over.

Until the big-money teams took over, though, the Busch North Series was a solid standalone series in its own right. Most of the drivers were locals, from New Hampshire and Maine and other New England locales. They raced for family-owned teams with local sponsors.

And while some moved on to more prominent racing series, like 1991 champion Ricky Craven, many spent their careers there. No doubt for some, that wasn’t intentional, but for others, it was their niche.

Some races were actually combination races with what’s now the Xfinity Series, with both series on track at the same time, but that practice ended in 2001. The series served as an undercard for the bigger NASCAR races at Loudon and Nazareth, and put on some great shows, sometimes outshining the bigger series with close finishes and hard racing.

The series had its own stars. NASCAR Hall of Fame driver Mike Stefanik was a two-time champion, going back-to-back in 1997 and 1998. His crew chief for that 1997 title? Greg Zipadelli, two-time Cup Series champion crew chief with Tony Stewart.

Craven came along for that ’91 title. He’d go on to the Cup Series, winning what’s still the closest race in Cup history, but he wasn’t running for a Cup team; his family owned and crewed the cars he drove. Two of his victories that year came in combination races, where he beat both Busch north and Xfinity regulars.

Many of the series biggest stars were well-known in the northeast, where names like Dale Shaw, Dave Dion and Brad Leighton worked their way into the vocabularies of racers and fans alike.

One of the series’ most popular drivers was Andy Santerre. Santerre seemed poised to climb the NASCAR ladder after contending for BNS titles from 1994-97, but a broken leg in an Xfinity crash at Daytona derailed his 1999 season, and afterward, Santerre found he wasn’nt as comfortable running NASCAR’s big ovals. He returned to BNS with a vengeance in 2002, winning four straight titles for three different car owners.

Some graduates of the series that you’ve heard of:

Martin Truex Jr. (and his and Ryan’s father Martin)

Crew chief Paul Wolfe (who drove in his BNS days)

Many of them come from the series’ recent years, when Cup development drivers have ruled the roost. That’s what it’s for, now.

But countless others drove — and won — in the series that was NASCAR’s best-kept secret. It’s all but gone now, but for two decades the engines roared in the northeast, giving rise to their own legends, their own greats.

It wasn’t big-money racing, not compared to the national series. Sponsors were local businesses, and they got their money’s worth. The teams were small, the series was intimate and the racers … well, they were as good as it gets.

I’d feel Freakin’ Sweeter if there where Hometown Heroes racing in NASCAR Again, even though it may not always be Brad Loney’s Cedar Rapids Jefferson in the ASA, but, I would welcome that, too.

I grew up watching the Busch North series. Often times, we would go JUST to watch them race vs the bigger series. Always putting on a good show with strong car counts and stand out drivers. I saw plenty of combo events at NHIS and Watkins Glen as well. Once it was renamed the East series, thats when things went a bit south. I still recall seeing a fantastic East race at Stafford, which was the last time they’d ever race there. But really after the mid 00’s, the series was never the same.