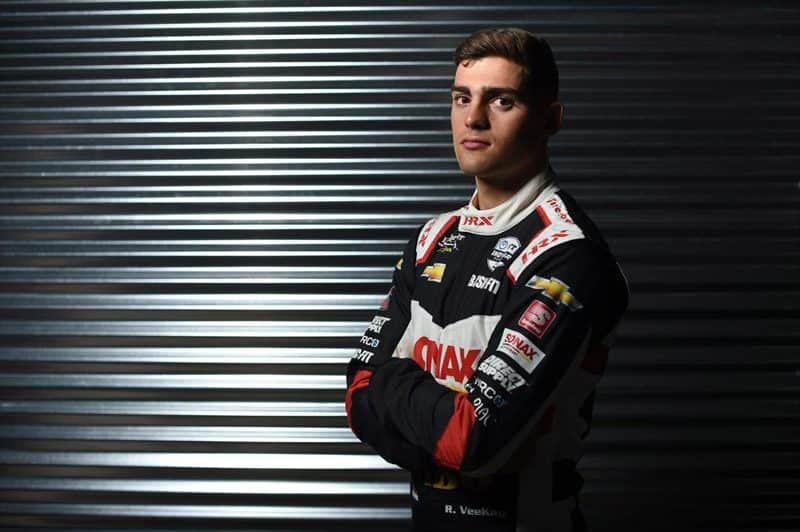 Ed Carpenter Racing was on the mark Saturday morning (April 30).

Rinus VeeKay paced practice session two for the Honda Indy Grand Prix of Alabama presented by AmFirst with a best lap of 1 minute, 5.9264 seconds in his No. 21 Alzamend Neuro/Direct Supply Chevrolet. It was a considerable improvement from his best practice lap Friday, 1 minute, 7.1155 seconds, good for 10th overall.

“I knew we had potential yesterday,” VeeKay said, who improved from 10th in session one. “The reds really give us what we need right now. I think there’s a little bit of time to be found on the blacks, but I’m happy.”

His teammate, Conor Daly, was 13th on the board.

Pato O’Ward followed closely behind in second at 1 minute, 6.0136 seconds in the No. 5 Arrow/Vuse McLaren. Felix Rosenqvist, his McLaren teammate, was 18th.

Andretti Autosport’s Colton Herta, who led opening practice on Friday, was third quickest with a lap of 1 minute, 6.0434 seconds, followed by Scott McLaughlin, who put Team Penske on the board at 1 minute, 6.1233 seconds. Romain Grosjean, who led the early portion of practice, spun into the gravel adjacent to turn 7 about 25 minutes into the session. However, he was able to continue without assistance.

The same could not be said of his other Andretti Autosport teammate.

The red flag was displayed with 31:18 remaining in the session after Alexander Rossi snapped loose and spun off the exit of turn 17 and smacked the ARMCO barrier. Helio Castroneves was a victim of collateral damage as flying debris struck his right front wing, damaged his right front tire and was towed back to the pit lane.

To add insult to injury, a five-minute penalty was levied against Castroneves. Under IndyCar rules, any vehicle that receives a tow back following an accident resulting in a red flag is subject to the penalty.

Said Rossi: “[It was probably] a little bit too early on in the life of the new tire, and took too big of a chunk out of it in turn 17 there, so an unfortunate mistake on my part. There’s a huge amount of guys, a lot of different-colored shirts here. It will be a team effort, and they’ll get it done. I think we’ll be all right. We’ll see what qualifying brings.”

The red flag came out again with 12:23 left when Will Power spun into the gravel trap entering turn 7. The two-time Alabama winner nailed the rumble strip entering the turn, lost control of his No. 12 Penske machine, and flat spotted his right rear tire. Like Castroneves earlier in the session, Power received a five-minute penalty but was able to make it back onto the track for the final few minutes.

Josef Newgarden, who has won three of the last six at BMP, struggled with front end grip throughout. He came home in 11th with a fast lap of 1 minute, 6.6092 seconds.

The NTT IndyCar Series is back in action with qualifying at 1 p.m. ET and final practice at 5:20 p.m. All sessions will be live on Peacock Premium and the IndyCar Radio Network.