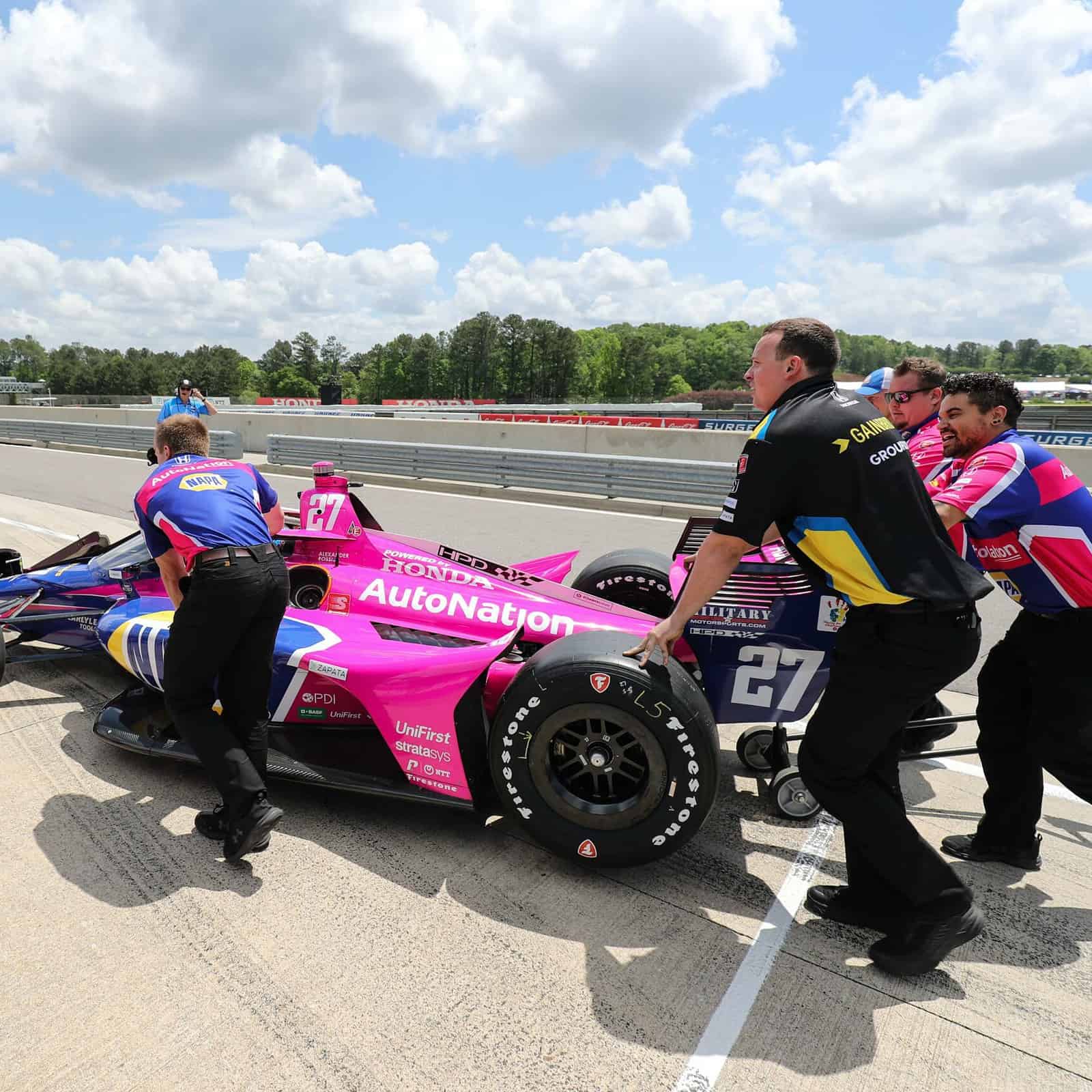 LEEDS, Ala. — Midway through the Saturday (April 30) morning practice for the Honda Indy Grand Prix of Alabama at Barber Motorsports Park, Alexander Rossi’s No. 27 Andretti Autosport Honda slid through the final turn and crashed, damaging the rear of the car and giving the team a massive repair job ahead of qualifying just two hours later.

Worse yet, Rossi was in the first group of qualifying, so all of Andretti Autosport’s efforts had to go into overdrive to get the car repaired with a new engine.

The repairs were successful enough that Rossi qualified fifth ahead of Sunday’s (May 1) 90 lap race at the 17-turn, 2.3 mile road course.

Fifth place was the final result behind Rinus VeeKay, defending Barber polesitter Pato O’Ward, defending Barber winner Alex Palou and Scott McLaughlin, but the effort to get the car rebuilt cannot be understated.

“It was amazing just to be out there in the first place, have the opportunity to compete and qualify,” Rossi said. “Obviously we knew that the car had been strong all weekend. We didn’t get a chance on the red tires, so the first run was kind of guessing a little bit. I was just pleased to be out there. I mean, obviously when you advance all the way to the end, you hope for a little bit more. Ultimately where we were two hours ago, I think everyone is relieved and happy that we got through that. Every result that we get this weekend is down to those guys, for sure.”

The gratitude was warranted. Rossi’s 2022 season has not started on the best note with a 20th at St. Petersburg and a 27th at Texas before an eighth at Long Beach. After posting the third-fastest lap in Friday’s (April 29) practice session, Rossi was right to be confident going into Saturday’s practice before his incident.

However, Rossi was more confident in his team and their abilities.

“I never had a doubt that they’d get it done,” Rossi said. “It was just a matter of how much we could kind of fine-tune it. But I’ve driven for this team for going on seven years, six years now, I think. We’ve had either crash damage or incidents or mechanical issues or whatever, and we have not ever missed a session. Those guys are phenomenal in being able to diagnose a problem, get it addressed.

“I was never in doubt. For me, that whole time was focused on qualifying, talking to my teammates, talking to the other engineers to get an idea of what they felt on the alternate tires, then applying it as best as I could when we got out there.”

The Honda Indy Grand Prix of Alabama will air live on NBC starting at 1:00 p.m. ET.