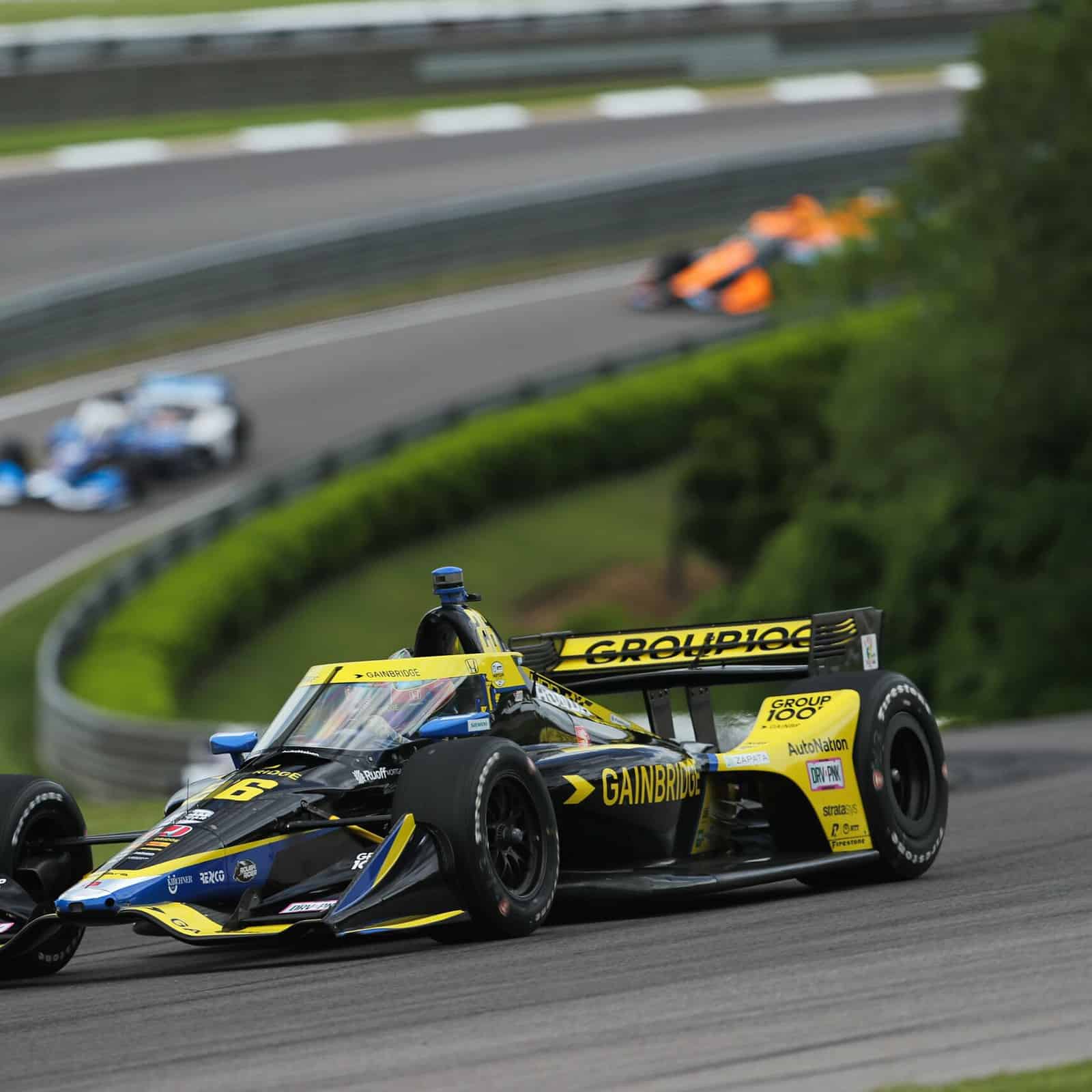 LEEDS, Ala. — Colton Herta’s charge through the IndyCar field at Barber Motorsports Park stalled after another late-race incident slowed the young American.

Herta and the No. 26 Andretti Autosport Honda crew opted for a three-stop strategy that would require the 22-year-old to push throughout the race to offset the extra time spent on pit road.

After the first pit stop on lap 12, Herta gained four positions on track before the rest of the field that were on two-stop strategies pitted around lap 30. After the entire field made their first stop, the 2018 Indy Lights runner-up was in second place behind fellow three-stopper and three-time Barber winner (2015, 2017 and 2018) Josef Newgarden.

However, a full course yellow for Callum Ilott’s spin just after the first round of pit stops meant that Herta was now de facto on the same fuel strategy as the rest of the field since everyone on a two-stop strategy did not have to save nearly as much fuel.

“I prefer not to have it that way but unfortunately-timed yellows, and yeah, that’s just kind of how it played out,” Herta said after the race. “But our car was good enough today to win, for sure.”

Herta and the rest of the three-stopping drivers pitted under the caution period and was in 18th place when the race resumed.

As the green flag flew, Herta overtook Jimmie Johnson and Newgarden in one move in turn 17, repeating the same move one lap later on David Malukas for 15th place. Shortly thereafter, Herta passed Dalton Kellett and Devlin DeFrancesco in the span of four corners as DeFrancesco’s car wiggled while under attack.

After the final round of pit stops, Herta gained eighth from teammate Alexander Rossi on lap 67 and 7th from Graham Rahal three laps later, but five laps later everything came undone while trying to pass Scott McLaughlin for sixth place.

McLaughlin left some room for Herta, but the two had contact with Herta’s right front and McLaughlin’s left rear. Herta’s car spun and fell to his eventual finishing position of 10th behind Rossi.

“I was just overambitious, to be honest,” Herta said. “[McLaughlin] left a little bit of room and I was definitely closer than I had been the last few laps. It looked like I was close enough compared to when I passed everybody before and so yeah, it’s unfortunate, but overall a good recovery. We saw that Newgarden was only able to finish 14th and he’s always really good here so if we’re able to out-recover him that’s a good sign for the future hopefully.”

McLaughlin felt that he did what he could for his own race.

“I felt it, but I had to make the corner and he was pretty deep,” McLaughlin said of the contact with Herta. “I tried to give him as much room as I could without jeopardizing my race, little bit of contact and he spun and that was it for him.”

This is the second race in a row where Herta has had a fast car but a late race miscue has cost the Californian points. At Long Beach in April, Herta hit the wall in turn 9 while trying to push ahead of his final pit stop, negating a possible podium at the track he won at to end the 2021 season.

This time around Herta was able to continue in the race, but frustration hasn’t set in after those last two races, primarily because of the main cause for the strategy being less than optimal.

“Today we couldn’t do anything about it, it’s not our fault that somebody else went off at the wrong time and caused a yellow for us,” Herta said.

The next IndyCar race is the Grand Prix of Indianapolis at the Indianapolis Motor Speedway road course on May 14th.