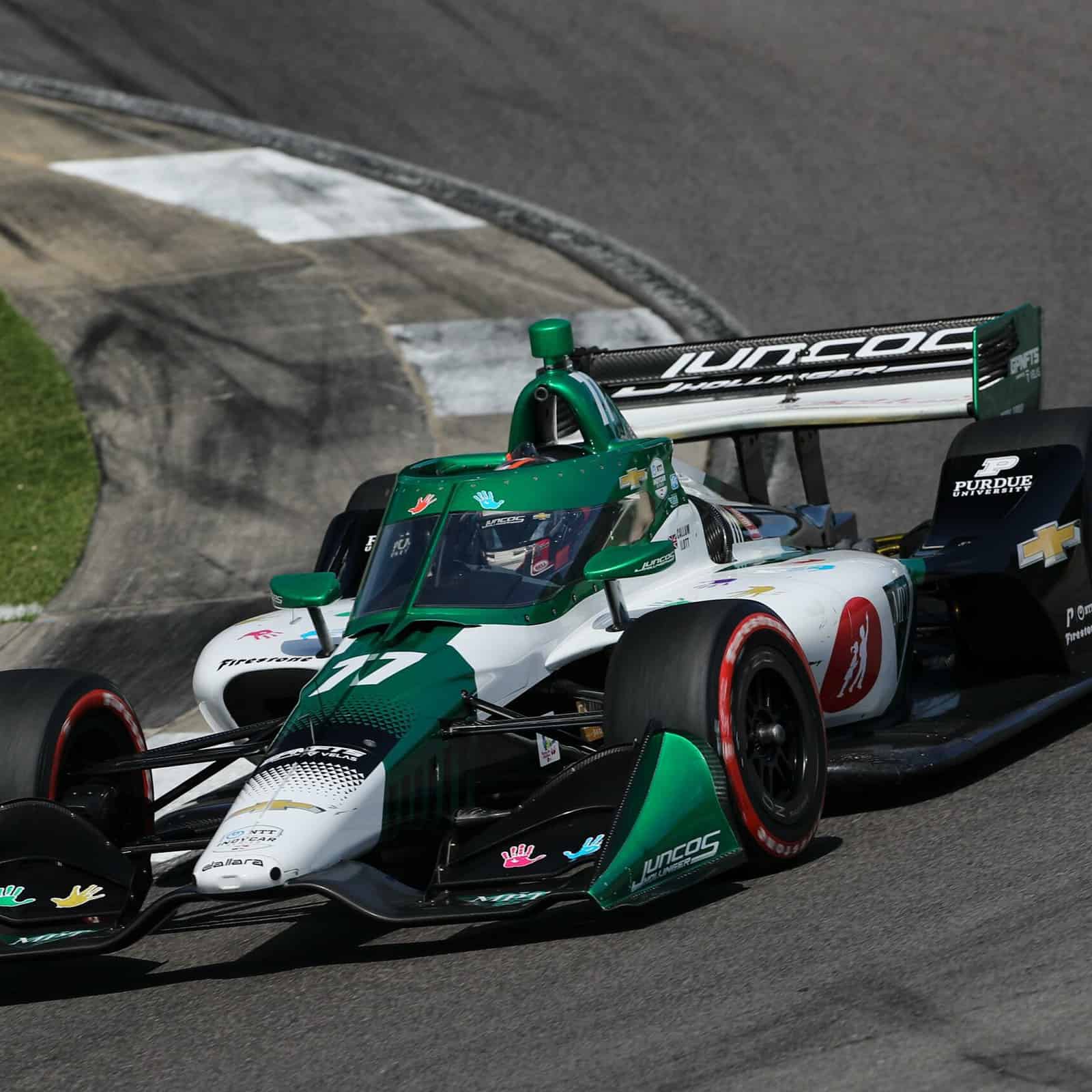 LEEDS, Ala. — A young driver with an eager but young team knows that competing in a high-performance environment like the NTT IndyCar Series is not an easy task, but when both start to show pace, everyone present starts to take notice.

Such has been the case with Callum Ilott and Juncos Hollinger Racing in their seventh race since the pair joined forces late in the 2021 IndyCar season.

At Barber Motorsports Park ahead of Sunday’s (May 1) Honda Indy Grand Prix of Alabama, Ilott was eighth and ninth in both practice sessions before qualifying 11th out of 26 cars, advancing to the second round of qualifying ahead of many contenders.

The only single-car team in IndyCar racing does not have the resources that a multi-car team has, but good preparation and proper feedback has paid dividends.

“I hope we’ve found a little bit, I really hope so because that’ll be good going into the future races,” Ilott said. “This track, I struggled here in the test, I had no data to compare to, so that didn’t sound amazing to start with but we analyzed everything, tried to improve the best of what we could on our own and year, we’re in a good position.”

Before Barber, Ilott’s best race was at Texas Motor Speedway, finishing 16th after leading five laps. The pace shown so far ahead of the fourth race of the 2022 IndyCar season gives reason to believe that Ilott’s next race may be his best one if things go right.

“At the end of the day, I have to take it as it comes and see what we get,” Ilott said. “Because if the pace isn’t good on the reds, you’ll drop back massively, but I’m confident that we have good pace, I just need it to last.”

For team co-owner Ricardo Juncos, this result validates the hard work that he and his partner Brad Hollinger have put in over the offseason. The team are building their racing program to compete against the more established teams, and

“I’m very proud, not just for [Ilott] right, he’s doing an excellent job, but everybody in the team, too,” Juncos said. “All of the mechanics, engineers, we’re working a lot every minute of every day since December to put the team together and that’s the thing, nobody knows the behind the scenes [situation] so I’m really happy for all the team members.”

Juncos and Ilott both said that the team struggled in their only test day at Barber this spring, so much that Ilott could barely turn the car. Chalking that up to inexperience, Ilott had to train a bit harder to adjust a bit more to the Dallara, which has helped his performance.