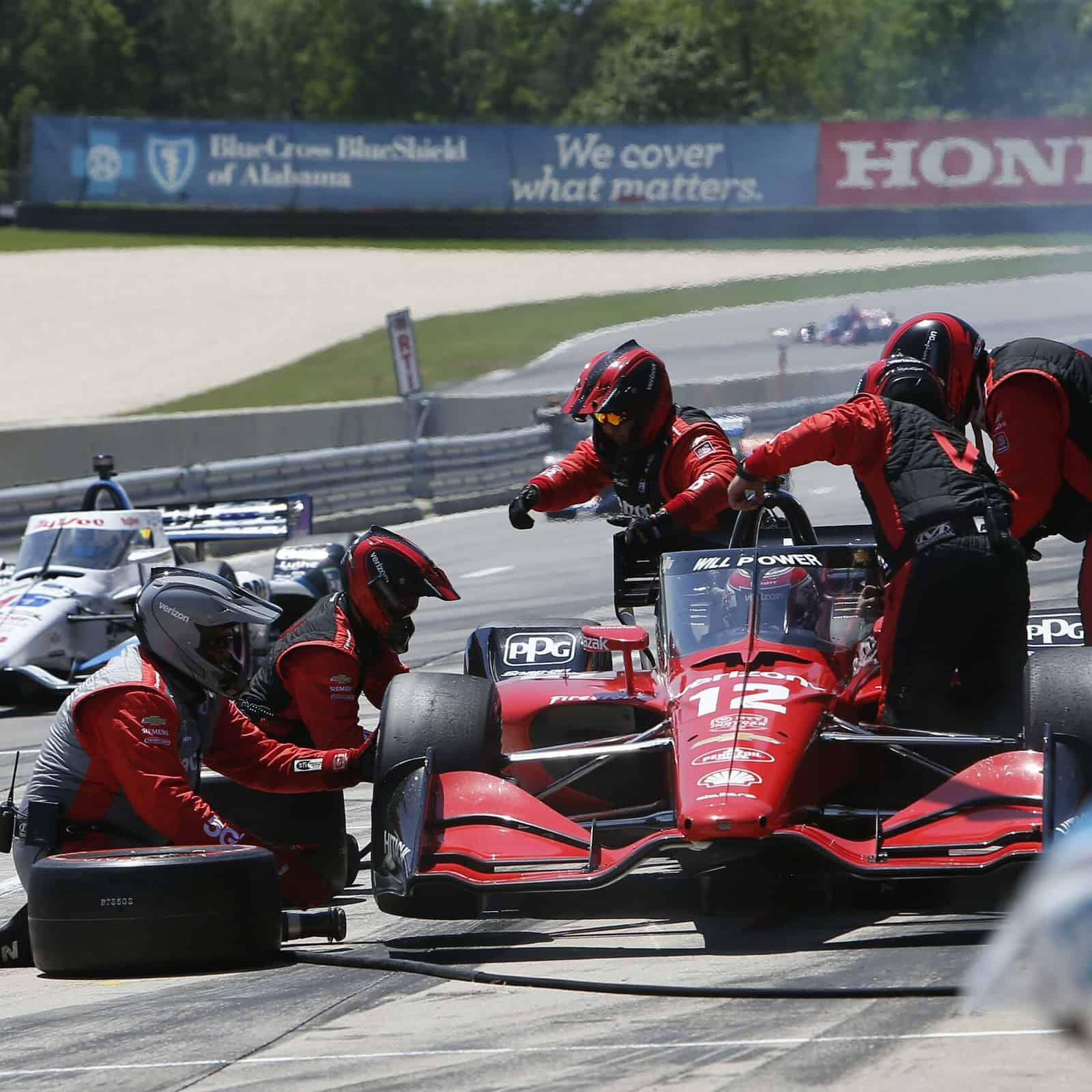 LEEDS, Ala. — A good strategy will make almost any car into a rocket, and such was the case for Will Power in Sunday’s (May 1) Honda Indy Grand Prix of Alabama at Barber Motorsports Park for the NTT IndyCar Series.

Alabama’s narrow road course puts passing opportunities at a premium, and starting 19th makes any driver worried about gaining positions. However, Power and his Team Penske crew took that as a challenge, though they were handicapped due to not testing at the track when most of the other IndyCar teams took the opportunity earlier in the year.

Power started on the 10th row of the grid because of a mysterious lack of straight line speed in qualifying and dirt at one corner on his final lap of qualifying in round one. The two-time Barber winner (in 2011 and 2012) had a large task in front of him, but the No. 12 Chevrolet crew decided to start Power on the black sidewall primary tires so that Power could use the red sidewall alternate tires in the last two-thirds of the race.

Power made his first pit stop on lap 31 to put on new red sidewall alternate tires that give more grip but are supposed to wear out faster. The lap after pitting, Callum Ilott spun in turn 8, stalling his car and requiring race control to call for a full course yellow to get the stranded rookie going again.

This negated any strategic advantage that three-stopping drivers had, and after the three-stopping drivers all made their second pit stops under yellow Power found himself in 10th place for the restart and was told to go faster than the beginning stint after achieving the fuel mileage number required for the first stint of the race.

With new red tires on, Power got by Takuma Sato for ninth on lap 36, Graham Rahal for eighth the following lap and Felix Rosenqvist for seventh on lap 40. All three were on the black sidewall primary tires.

After the second round of pit stops on lap 61-62, Power jumped past Alexander Rossi for sixth place in the pit stop sequence before passing Team Penske teammate Scott McLaughlin for fifth place on lap 68.

The charge was on for Power to catch Scott Dixon in fourth place. Dixon, like McLaughlin, was on black sidewall tires and Power gained on average three tenths of a second per lap on the six-time IndyCar champion before making the pass at turn 5 on lap 75.

“It’s just great, I never expected to get this far up the grid in the race, but definitely a solid day,” Power said. “Really good car, great tire strategy and a good strategy all around and a fast car in the race to pass people.”

Power has finished in the top four through all four races this season, a feat no other driver has accomplished this year. Coincidentally, Power is fourth in points, 10 points behind championship leader Palou.

After the race ended, Power received congratulations from Team Penske president Tim Cindric and Penske Corporation president Bud Denker. Both congratulated the 2018 Indianapolis 500 winner for a job well done, and Power was eager to hear from both.

“They’re the guys that I go out there and try and do it for, but mainly it’s Roger [Penske] we try to get these results [for] and Verizon,” Power said.

The next IndyCar race is the Grand Prix of Indianapolis on the Indianapolis Motor Speedway road course on May 14th.