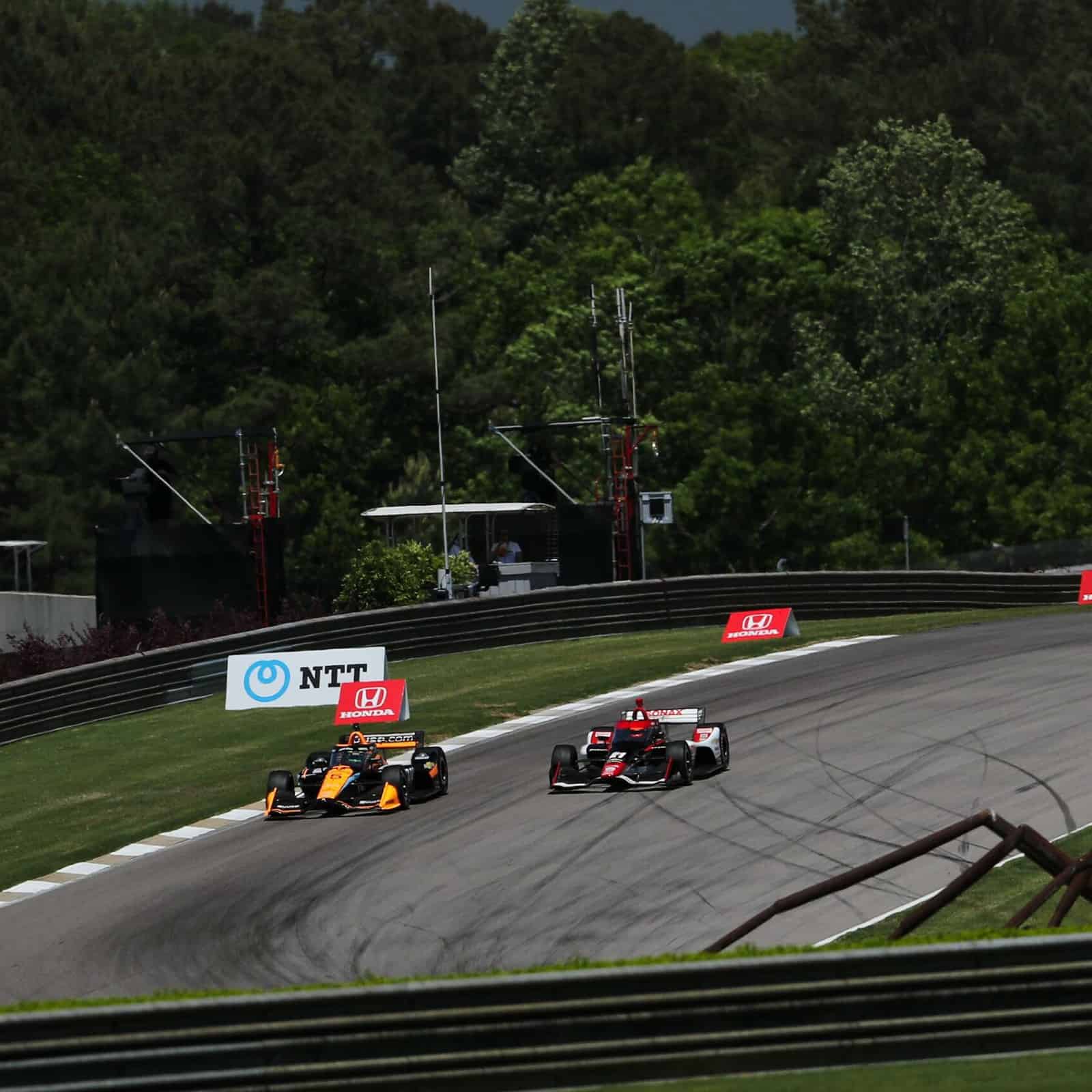 Rinus VeeKay‘s near two-second lead before the final pit sequence looked to be insurmountable. After all, he had dominated the first two-thirds of Sunday’s (May 1) Honda Indy Grand Prix of Alabama at Barber Motorsports Park, the fourth race of the 2022 IndyCar Series season.

Before his second pit stop, the No. 21 Ed Carpenter Racing Chevrolet was up front for 57 laps, losing the lead only due to green flag pit stops. When the final round of pit stops concluded, however, the Dutch racer was back in third place behind eventual race winner Pato O’Ward and second place finisher Alex Palou.

How? VeeKay’s lead to O’Ward seemed to be secure before the final round of stops and Palou was back in fifth place before the pit stop sequence. The devil is in the details, and INDYCAR has a lot of details about this final round of pit stops.

INDYCAR has several scoring loops placed around each track and also in pit lane, with several intervals around different portions of each track. One such interval exists from the penultimate scoring loop to the pit lane entrance. INDYCAR’s timing and scoring only measures that interval when a car goes to pit lane, skipping the final scoring loop in turn 16 when the pit entry road splits from the track.

O’Ward’s time through that scoring loop for the final pit stop was 12.8009 seconds. VeeKay’s was a bit longer than that, at least longer than the 13.1526 seconds he registered for his first pit stop. Part of that could be because VeeKay may have been slightly held up by Jimmie Johnson before taking the pit access road ahead of O’Ward on lap 61.

Unfortunately, INDYCAR does not show what VeeKay’s time was through that interval for the second stop because it wasn’t his quickest time through there. The time was at least three and a half tenths of a second slower than O’Ward’s entry. Moving to pit road itself, O’Ward’s time on pit road was 29.6745 seconds, while VeeKay’s was 29.8323 seconds. That’s about another tenth and a half of a second made up by O’Ward.

O’Ward’s pit stop was also a tenth of a second faster than VeeKay’s and the Mexican racer exited the pits directly behind the 2018 Indy Pro 2000 champion. As the pair went into turn 5 on their out lap, O’Ward used a different engine fuel map and the push to pass boost system to go around the outside of VeeKay in the hairpin to snatch the effective lead of the race. Leapfrog: O’Ward.

WHAT A MOVE by @PatricioOWard!

O'Ward gets by @rinusveekay! Will it be the winning move? #INDYCAR

Palou was still on track and had assumed the race lead. Pitting two laps later gave Palou the opportunity to turn a sequence of blisteringly fast laps before his final pit stop, knowing full well that O’Ward and VeeKay were both weighed down with fuel and were on tires that weren’t up to racing temperature.

The No. 10 Chip Ganassi Racing Honda was faster than both O’Ward and VeeKay on the three full laps prior to pitting for all three drivers. Because Palou didn’t pass O’Ward, the focus is now on the difference to VeeKay.

Palou’s lap of 1 minute, 8.1541 seconds on lap 62 would not only be his fastest lap of the race, it would be the race’s overall fastest lap. Conversely, VeeKay’s last full lap before pitting was 1.4367 seconds slower than Palou’s, so VeeKay has lost 2.1936 seconds so far before pit stops even started.

Palou’s in lap was .6352 seconds faster than VeeKay’s and was faster on pit road by .1626 seconds. Palou exited the pits almost in front of O’Ward, but the No. 5 Arrow McLaren SP Chevrolet remained in front as Palou stayed in second place.

As for the other drivers Palou was behind before the pit stop sequence, Scott McLaughlin fell from third to finish sixth while Alexander Rossi fell from fourth to ninth. Leapfrog: Palou.

Palou gained almost three full seconds on VeeKay in those laps before pitting. When Palou was turning the fastest laps of the race while VeeKay and O’Ward were weighed down with a full load of fuel, positions were certain to change.

This was a continuation of what had happened at Long Beach for Palou. A faster in-lap for Palou plus a slower out-lap and pit stop for Colton Herta gave Palou the race lead after the first sequence of pit stops in Long Beach. Palou also finished third at Long Beach, but that leapfrog certainly helped.

The devil’s in the details. And there were a ton of details at Barber Motorsports Park.