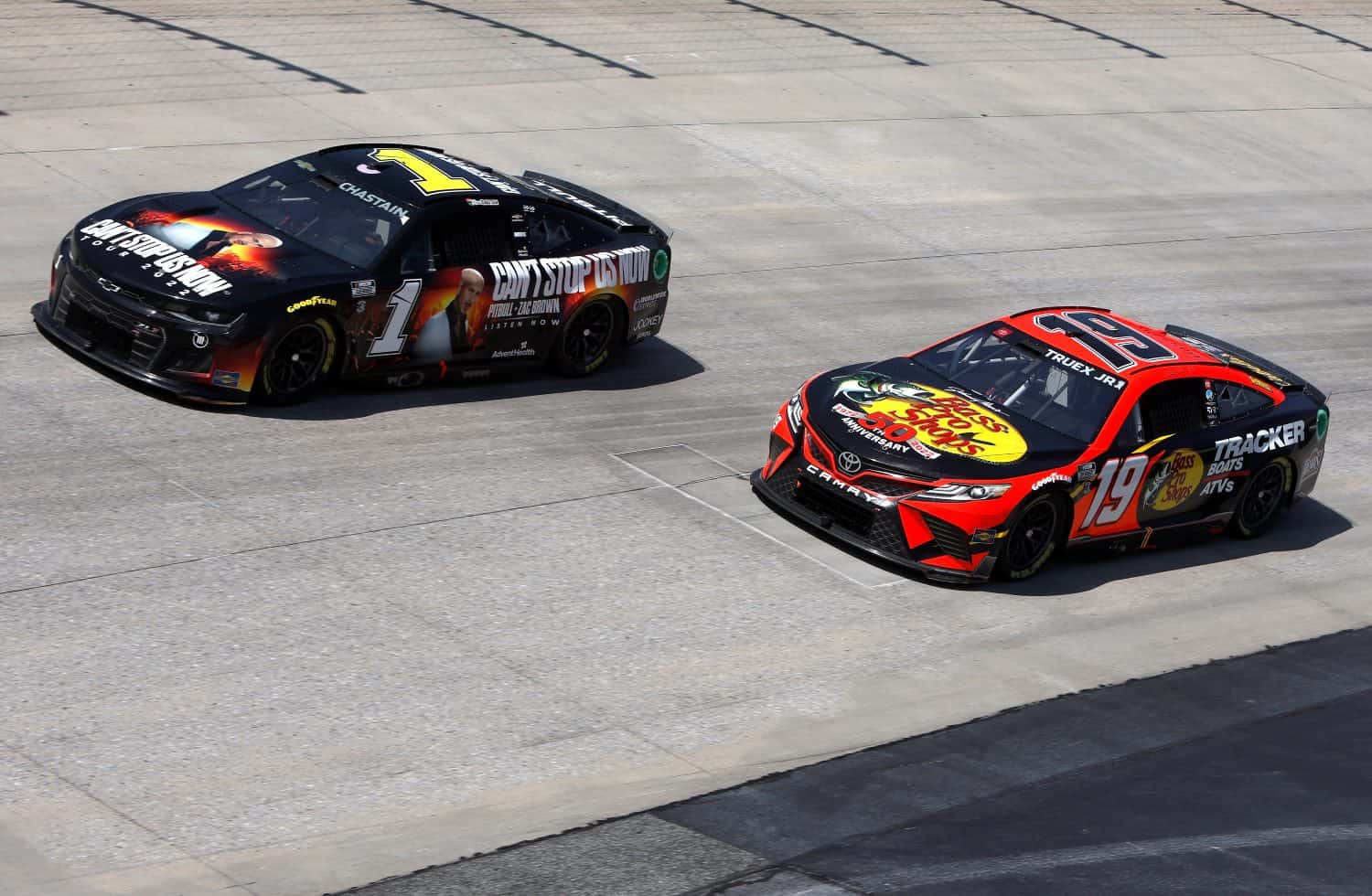 Sometimes, drivers and their cars just can’t seem to get away from each other.

The same can be said for Ross Chastain and Martin Truex Jr., who frequently found themselves racing together within the top 10 during the conclusion of the NASCAR Cup Series race at Dover Motor Speedway Sunday and Monday, May 1-2.

It all culminated to the final lap of the DuraMAX Drydene 400, as the pair was striving for third place. Chastain, who held the position, came up in front of the No. 19 Toyota of Joe Gibbs Racing, and Truex couldn’t avoid the No. 1. Truex made slight contact with the rear of Chastain’s car and spun around, eventually hitting the inside wall.

Ross Chastain vs. Martin Truex Jr. on the final lap in Dover 👀 pic.twitter.com/l1Ku30tTfT

Though he rolled off, Truex went from fourth to 12th place, unofficially.

Notably, the New Jersey native was displeased with Chastain and voiced his frustration with the Trackhouse Racing Team pilot after the race.

After their conversation, Chastain spoke with FOX Sports following his third-place run.

“We were talking about where we were going to go fishing next week,” he said. “No, super proud of this effort. I thought we were a fifth-place car. A couple guys had misfortune with the cautions coming out. That cycled us to the lead. Pit crew was incredible today. They were just picking up spots every stop, got us the lead. I’m racing with champions and I got beat.”

Chastain took the lead off pit road on lap 326 and held on the next two restarts before Chase Elliott grabbed first on the final restart. The No. 1 car was out front for 86 laps, the most he’s led of any race so far this year.

Truex, meanwhile, was looking for his third top five of the year when the incident occurred on the back straightaway. He’s still searching for his first victory of the season and is currently ranked seventh in the standings.

Up next, the No. 19 driver heads to Darlington Raceway where he won a year ago. Chastain, who’s won twice so far this year, placed third at the Lady in Black last fall. Coverage will run on May 8 at 3:30 p.m. ET on FOX Sports 1.

Nothing to see here. No big deal.

Yep! Just the old rooster figuring out the new rooster taking over and not liking it. Circle of life.

I can imagine what Truex said as he was spinning:

“What the…Doesn’t he know who I am? That I drive for Reverend Joe?” Just like a couple of other drivers.