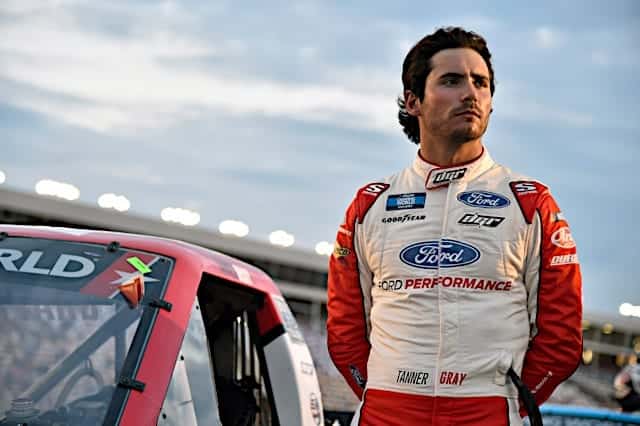 Tanner Gray and Taylor Gray will see some new colors on both their NASCAR Camping World Truck Series and ARCA Menards Series efforts for multiple races in 2022, David Gilliland Racing announced May 3.

Dead On Tools has joined the racing efforts of the Gray brothers beginning this weekend at Darlington Raceway, when Tanner Gray continues his third full-time Truck year. The brand will be the primary sponsor of 23-year-old Gray’s No. 15.

“I’m thrilled to partner with Dead On Tools at Darlington Raceway,” Tanner Gray said in a team release. “Having the opportunity to carry their colors as the event’s title sponsor is exciting, and I look forward to bringing home a strong finish.”

Younger brother Taylor Gray will also be joined by the tool brand in his ARCA efforts when the series heads to Bristol Motor Speedway in Septembe, and act as an associate sponsor for the 17-year-old’s Truck start at the same venue.

“As Tanner mentioned, it’s really neat to represent the Dead On Tools brand as they expand their presence in our sport,” Taylor Gray said. “I’m excited to be the one who gets to drive the Dead On Tools Mustang in the ARCA Menards Series and also have them on my truck the same day.”

Tanner Gray has earned two top fives and three top 10s so far in the Truck 2022 season. He sits eighth overall in the standings.