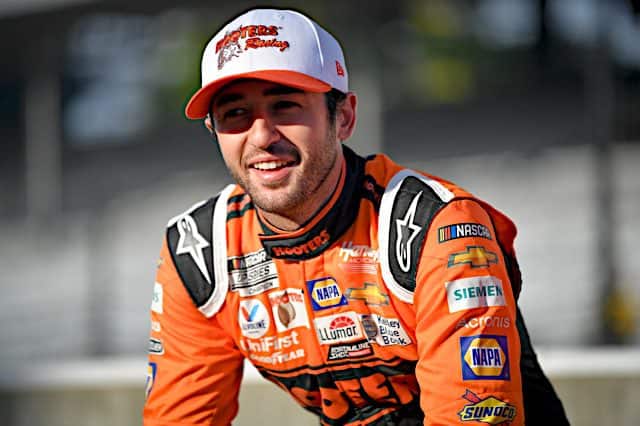 2020 NASCAR Cup Series champion Chase Elliott will return to SRX for the season finale at Sharon Speedway on July 23, SRX announced May 9.

Elliott appeared in the season finale along with his dad, Bill Elliott, during SRX’s inaugural season, winning the feature event at Fairgrounds Speedway in Nashville.

“I’m excited to get back in one of the SRX cars this season,” Elliott said in an SRX release. “Last season was a lot of fun and a cool memory for me competing against my dad.

“The opportunity to race at Sharon Speedway and compete on dirt against the likes of Ryan and Dave Blaney and some guys I’ve looked up to my entire career is really appealing. I’m looking forward to the race, seeing all of the fans come out and hopefully I do well again.”

Elliott joins Dave and Ryan Blaney, who will compete in the race at their home track in Hartford, Ohio, as special competitors at Sharon in addition to SRX’s usual full-timers.