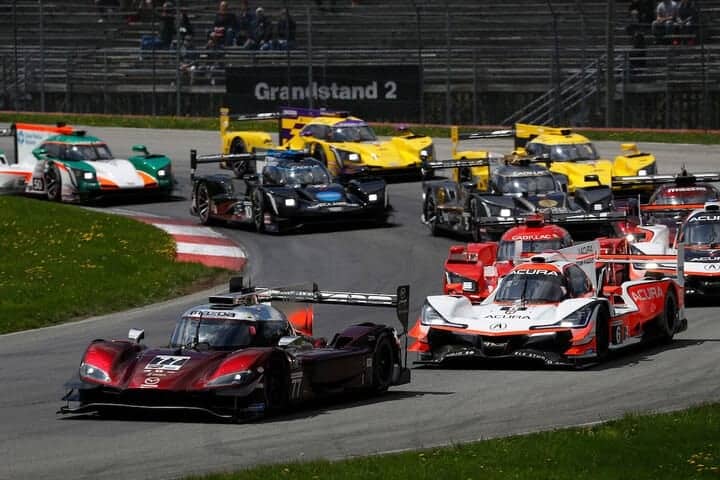 The IMSA WeatherTech SportsCar Championship is back in action this weekend at Mid-Ohio Sports Car Course.  There are 34 teams entered in four classes, although that number will likely be lower by race day.  The GTD Pro class will not be in action.

In the DPi class, there are six teams entered.  These are four Cadillac teams (the two Ganassi entries, plus JDC-Miller MotorSports and Action Express Racing) and the two Acuras (Meyer Shank Racing with Curb-Agajanian and Wayne Taylor Racing).  There are no changes from WeatherTech Raceway Laguna Seca.

The same goes for LMP2.  Six entries with no changes from Laguna Seca.  Juan Pablo Montoya will try to rebound from a rather embarrassing spin while trying to enter the pits with DragonSpeed.

The LMP3 class will race their first sprint race of the year.  Nine teams are entered.  The newest addition to the class is MLT Motorsports, which moves up from IMSA Prototype Challenge.  Dakota Dickerson and Josh Sarchet, who won last year’s Prototype Challenge championship, will move up together.

For the GTD class, there are currently 13 cars entered.  Since Lexus is sponsoring the race, they wanted to have both of their cars on the grid.  One of their full-time cars (the No. 14) is in the GTD Pro class.  As a result, Vasser Sullivan has entered the No. 17 Lexus for this weekend only.  Jack Hawksworth will drive alongside Richard Heistand, who previously drove alongside Hawksworth for the team in 2019.

NTe Sport originally entered the race with Corey Lewis alongside Jaden Conwright.  However, SportsCar365.com is reporting that the team has withdrawn from the race, citing “event specific funding issues.”

Hardpoint is also not on the entry list with their Porsche.  The team has not officially commented, but their Michelin Pilot Challenge car is actually entered.