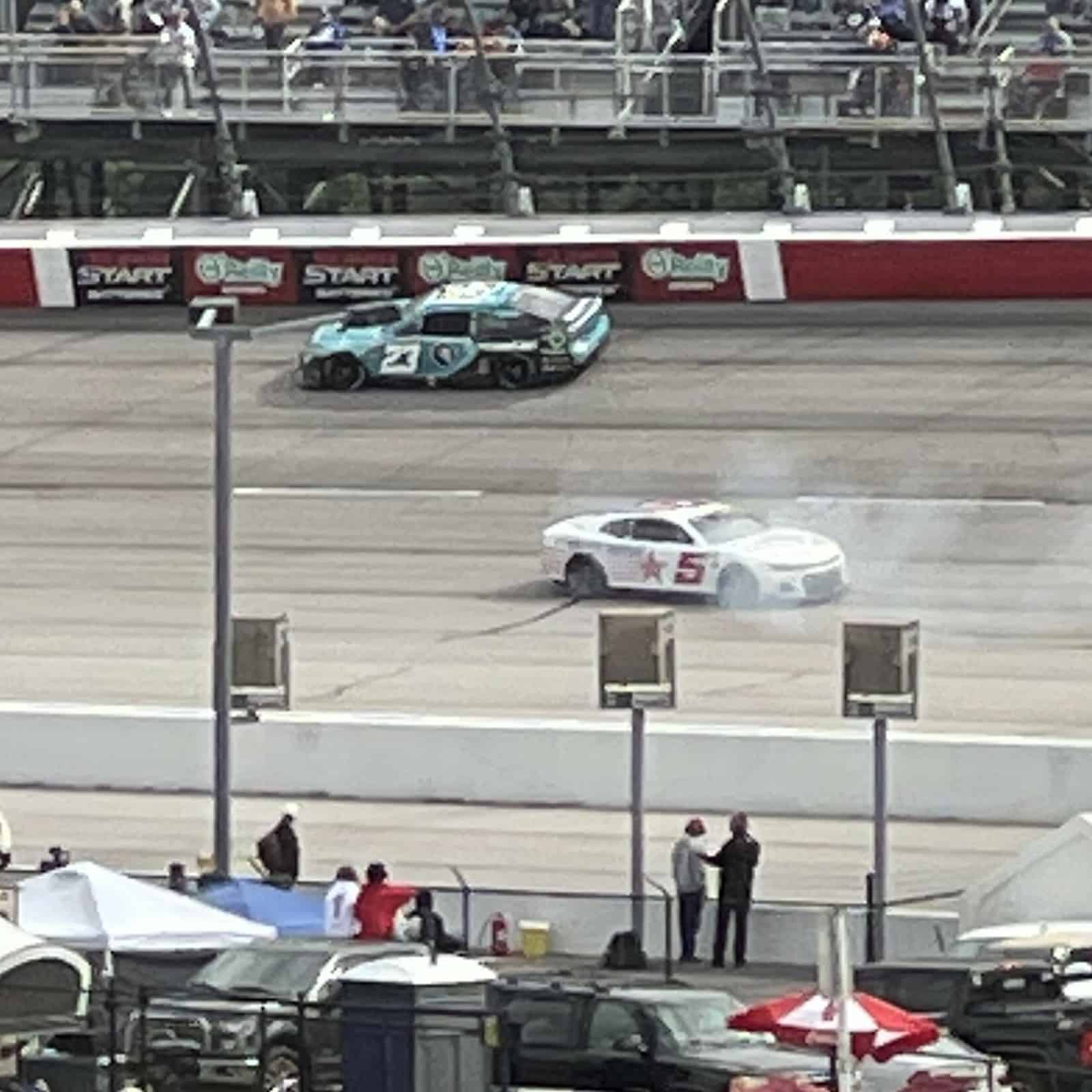 Did You Notice? … Kyle Larson is the worst-performing Hendrick Motorsports driver this season?

I know, I know … that’s like saying Larson is the fourth-best player in an MLB lineup that has a record-setting offense. HMS has been far and away the best NASCAR Cup Series organization in 2022, putting all of their drivers in victory lane (and playoff position) within the first 11 races.

The reigning NASCAR champion, Larson still has racked up five top-five finishes and six top 10s. He started on the pole for the season-opening Daytona 500 and earned his first ever top five at a pack race (fourth at Talladega Superspeedway). Larson’s six playoff points are tied for fifth in the series and he’s a respectable ninth in the standings, 117 behind teammate Chase Elliott.

But ninth is actually the worst among the HMS quartet. Larson has also declined in some of his more important metrics compared to last season.

The one that concerns me is position differential. Larson has the second-best average start, trailing only Ryan Blaney but the second-largest dropoff in finishing position (only Denny Hamlin is worse).

At some point, the law of averages was bound to catch up with Larson and he’s had some circumstances outside his control (an engine failure at Phoenix Raceway, a push-gone-bad by Hamlin at Atlanta Motor Speedway). But those DNFs also include two wrecks of his own creation, one late at Daytona International Speedway and an early spin at Darlington Raceway that might have contributed in cooking the engine.

Known as one of the more aggressive drivers on the circuit, Larson’s had a bit of a learning curve with the NASCAR Next Gen chassis. His younger teammate Byron has adapted more easily while others, like Ross Chastain, have seen the car play right into the hands of their driving style.

How does Larson’s title defense compare to past seasons under the current format?

Larson’s numbers through this point track closest to 2017 Johnson, 2020 Kyle Busch and Elliott last year. We know what happened in each case; Johnson tanked out of the first round of the playoffs and Busch endured arguably the worst season of his career. Elliott did the best of the trio, sneaking into the Championship 4 despite going winless in the postseason, but still failed to score a single win on an oval track.

Which way will Larson start trending? We’re about to find out over the next month or so. Beginning with this weekend at Kansas Speedway, a race Larson won from the pole last fall, he’s the defending winner in four of the next five events. The lone exception is Worldwide Technology Raceway, a new track to Cup where everyone starts from a level playing field.

It was that stretch where Larson started separating himself, racking up playoff points while showcasing the consistency needed to run for a championship. Others within the HMS orbit are already doing that (Byron especially). Will the No. 5 step up to the plate?

Larson had a career year in 2021, his numbers were bound to dip but it seems his stats have fallen back down to earth. While my view of Larson is positive overall, I am glad he isn’t duplicating his domination from 2021, that would start to be a turnoff (at least for me). I am not a fan of any one driver and the last thing I want to see is another Johnson streak. I think Larson will be back to his winning ways once he gets a little more time in the nextgen car.

I can’t even speculate as to the reason, but it was evident that Larson wasn’t at the top of his form at the Chili Bowl this year. That seems to have carried over to other series as well.

In both Xfinity and Cup this year, last year’s series champions, while not being bad, have fallen back to earth(Ben Rhodes leads the Truck Points, no championship hangover for him)Chase has taken over as the “Big Dog” at Hendrick this year, followed by Byron and Bowman. Statistically and points wise, Larson has been the worst Hendrick driver. Never thought I’d say that after last year.

I personally know some millennials who fall into that coveted 18-49 demographic which advertisers bow down to and they think F1 is so cool because it’s a global series. They actually enjoy getting up early on Sunday morning to see a race in Dubai or Spain or Bahrain or wherever. And the F1 cars seem to fit their high-tech world and jobs they have. NASCAR, on the other hand, is so old-school with mostly old fans and rednecks and what they consider old technology with all of the races being in America and with the main emphasis being on the Southeast.. They enjoy hobnobbing, even if on TV, with the elites of the world. NASCAR doesn’t have that feel for them.

But I would bet that almost none of them stick with F1 long term like many or most NASCAR fans have. The year 2022 marks my 37th year of being an intensely loyal and involved NASCAR fan. And I’ve been through all the changes and different generations of cars and drivers (I still find it incredible that Dale Jr., Jeff Gordon and Jimmie Johnson have come into the sport as kids and have now retired) and I’m still as loyal if not more so.

So we shall see what we shall see but I’m afraid we may be seeing a changing of the guard between the two racing series. And what may eventually lead to the demise of both.

Just like the internal combustion engine, it was great while it lasted.

I remember the morning Kyle Larson’s best friends showed up to finish painting my house. It was a Sunday and Larson had just won in dirt at Calistoga CA the night before. I got to tell his friends that Chip Ganassi had just signed him to race nascar. I’d never heard of him before but that day his exhuberant friends told me Larson stories as they finished my house. He’s a very talented and especially smart racer. He has won a race already, wait till he gets a good handle on this car. The wins will come. Larson too earned his way up the racing ladder and definitely earned his championship.